Pullip is the flagship doll of the line. She formerly dated Namu but has since moved on to Taeyang even though he has a bratty little sister (Dal). Isul is her younger brother.
General Information : Release List Part One (2003-2008) : Release List Part Two (2009-Present): Face Up Index (In Progress)

Dal is Taeyang’s little sister and Pullip’s rival for his affection. She is Byul’s best friend.
General Information : Release List : Face Up Index (In Progress)

Isul is Pullip’s younger brother. He is one of the most recent additions to Pullip’s family.
General Information : Release List : Face Up Index (work in progress)

Yeolume is the newest addition to Pullip’s family, she is Pullip’s daughter from the future.

This category is not a doll category it is instead for the various items released by Jun Planning/Groove over the years including outfits, MIO products and furniture.
Original Outfit Sets : New Outfit Sets : Special Event Clothing : MIO : Petit Luxary : Doll Cases 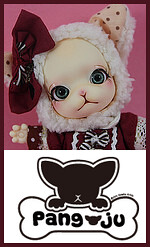 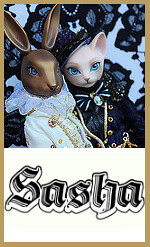 Sasha dolls are 1/6 scale anthro fashion dolls made by Groove. They come with one of two headmolds a rabbit and a cat. The current fate of this doll line is unknown.
Basic Information : Release List : Collection : Comparison Post : Review (Pippin) : Review (Lumina) 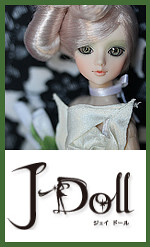 J-dolls are 1/6 fashion dolls representing different street styles from around the world. J-doll was originally made by Jun Planning but Groove continued releasing them after they took over. This doll line seems to have been discontinued.
Basic Information : Release List : Collection : Review (Joseph Splatz): Review (Vasterlanggatan): Review (Esplanadi Katu)

Tiny bjds originally created by Jun Planning but whose release continued under Groove. They come with one of four different headmolds. This doll line seems to be discontinued.
General Information : Release List : FAQ : Collection : Review (General)

Hestia dolls are 1/6 fashion dolls made by Jun Planning. They were released in matched pairs but sold separately, the sisters Ribon and Isora would share the same the theme for each release but would express it in different ways. Ribon tends towards fashions while Isora tends towards slightly more punk clothing with an edge. This line has been discontinued.