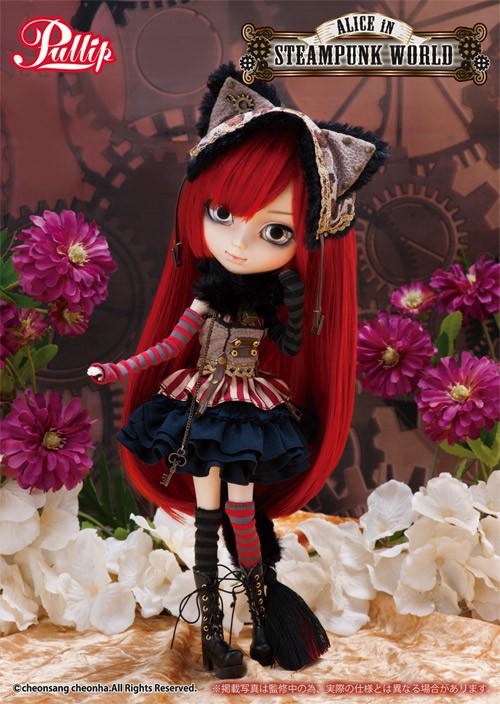 Pullip Cheshire Cat in Steampunk World is notable because she is the first doll to debut the new and improved eye mechanism that allows the eyelids to be partially open in addition to fully closed or fully open. You can read more about the new eye mechanism here or take an even closer look here.

Additional Information
Release: Standard Release
MSRP:  18000 yen
Release Date: 10/2016
Product Number: P-183
Feel Like So: Disappeared from the point of the tail with mysterious steam…..End with leave only laughter….Feel Like So.
Face Up: 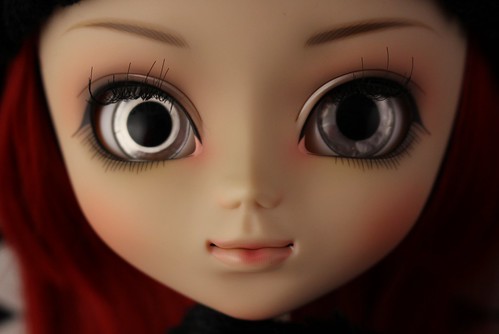 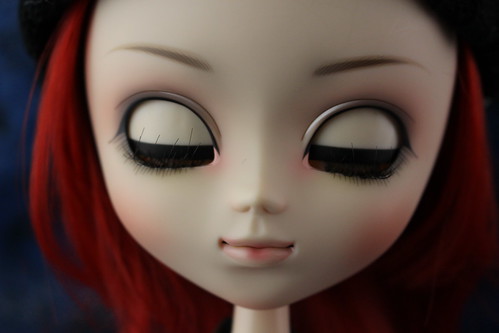 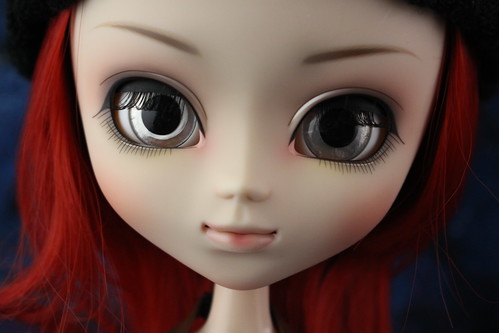 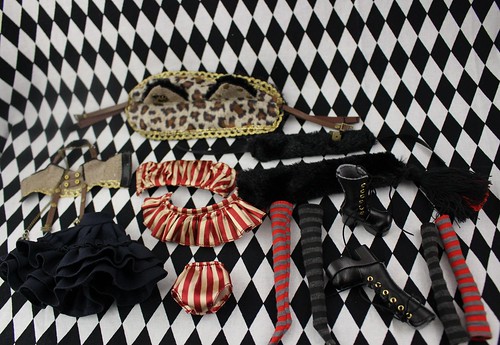 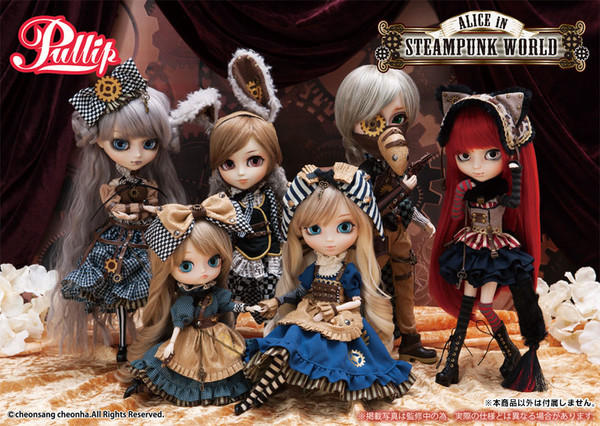 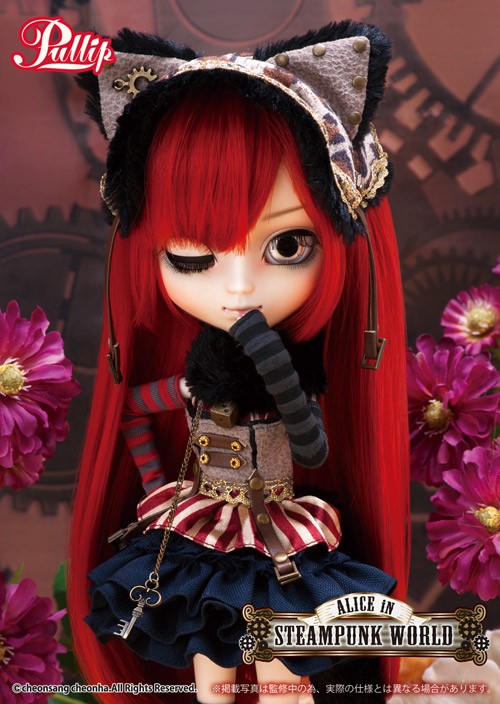