Isul MAO was one of the first dolls to be released as a part of the Creator’s Label line of dolls. Starting in 2011, Groove partnered with different doll artisans from around the world to bring us releases in that person’s style Isul MAO was designed by Kanihoru x Mitsubachi@BabyBEE.

Additional Information
Release: Standard Monthly Release
MSRP: 13000 yen
Release Date: 8/2011
Product Number: I-907
Feel Like So: Your Dreams. My dream. Chasing the tail of the rainbow. Clear summer noon. I forget that day. I’ll sing you a song like that.
Face Up: 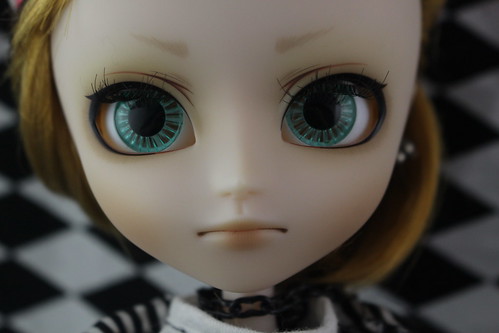