To celebrate Sailor Moon’s 20th anniversary Groove started a collaboration of dolls based on characters from the series. Dal Sailor Saturn was the thirteenth doll in the Sailor Moon x Pullip collaboration series of dolls as well as the first second to be released as part of the line. Bandai shop had a special edition of Dal Sailor Saturn exclusive to their shop, the exclusive version came with her school uniform. 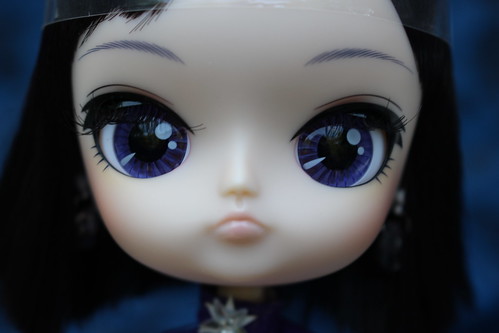 Eyes: Purple eyechips
Wig: Black wig
Stock: The standard release of Dal Sailor Saturn’s stock outfit consists of a tiara, choker, leotard, gloves, skirt and boots. I unfortunately do not own or have access to the limited exclusive version of Sailor Saturn but she comes with a sailor style school top, skirt, tights and shoes. 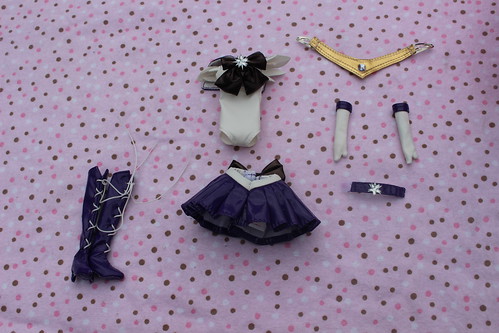