Rozen Maiden is a popular anime/manga series, in the series several living ball-jointed dolls made by Rozen all compete to become Alice, the perfect girl. Starting in 2006, Jun Planning collaborated with Rozen Maiden to release a series of dolls based on various characters from the series Dal Hina Ichigo was released as a part of this series in December of 2006. Groove (the company that replaced Jun Planning) again collaborated with Rozen Maiden to release a new series of dolls based on Rozen Maiden and a new doll based on Hina Ichigo was released though this time, she was portrayed as a Pullip rather than a Dal. Dal Hina Ichigo was the first collaboration Dal to be released.

Additional Information
Release: Standard Monthly Release
MSRP: 12000 yen
Release Date: 12/2006
Product Number: F-303
Feel Like So: Hina like Tomoe and Nori! Hina like Shinku, and all, and and…Everyone!!
Face Up: 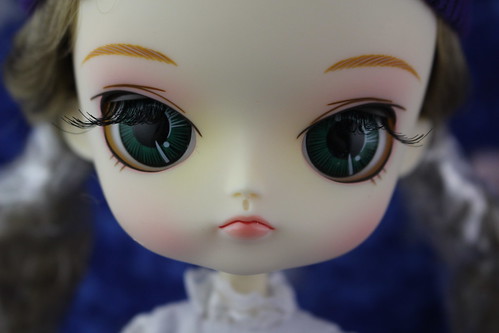 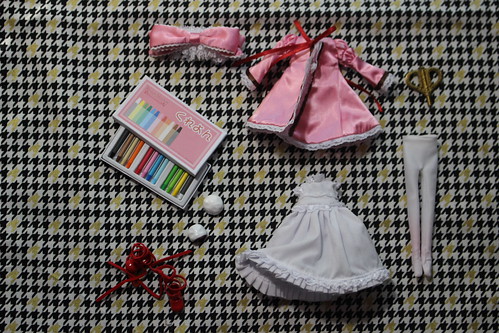 Body Type: Dal/Byul body
Stand: Metal Dal Stand with Rozen Maiden logo
Special Notes: In 2014, a new series of dolls based on the Rozen Maiden series was released including a new version of Hina Ichigo. Instead of again being portrayed as a Dal, this time Hina Ichigo was portrayed as a Pullip this time.
Known Issues: None
Similar Doll Recommendations: Dal Kanaria