Isul is Pullip’s younger brother, his release debuted with Isul Apollo’s release as a part of the limited steampunk series in February of 2011. Other dolls in the series include Pullip Eos, Dal Ra Muw, Byul Rhiannon & Taeyang Gyro.

Additional Information
Release: Limited Edition Release, limited to 2000 with certificate.
MSRP: 15000 yen
Release Date: 2/2011
Product Number: I-903
Feel Like So: Until dream come true appearance without an ally result of my Nova Sizer to aim the far away beyond the space-time ride the clouds of steam …
Face Up: 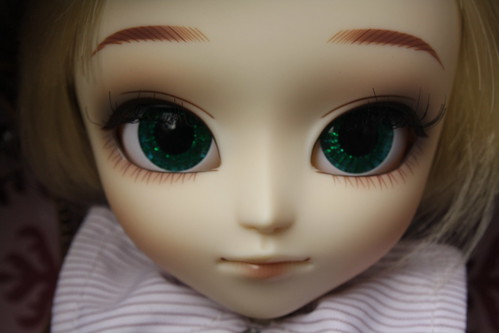