To celebrate Sailor Moon’s 20th anniversary Groove started a collaboration of dolls based on characters from the series. Pullip Sailor V was the fourteenth doll released as a part of the Sailor Moon collaboration series. The Sailor V manga was a precursor to Sailor Moon, Sailor V would later be incorporated into the show first only mentioned as being a superhero in seen in comics/video games before she herself was introduced and joined the other Sailor Senshi as Sailor Venus. Bandai shop had a special edition of Pullip Sailor V exclusive to their shop, the exclusive version came with a small plush of Sailor V/Sailor Venus’s cat companion Artemis. 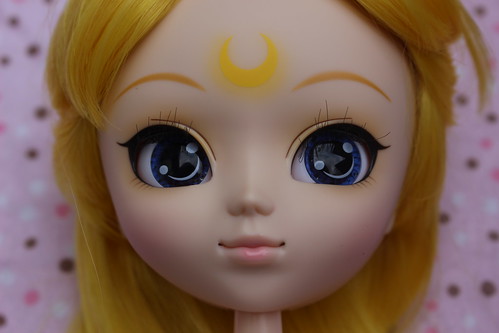 Side by side comparison with Pullip Sailor Venus 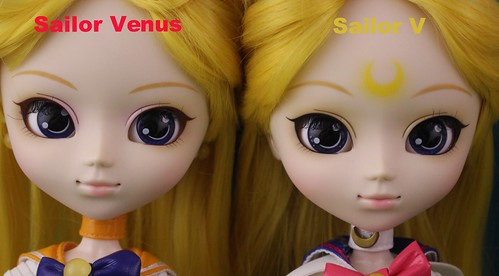 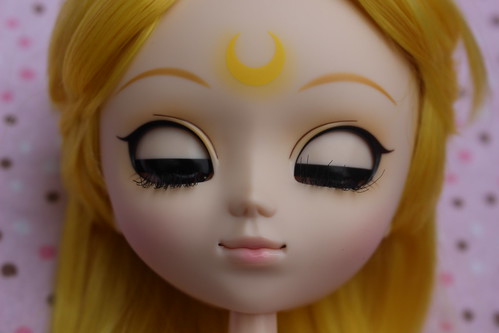 Wig: Yellow wig
Stock: The standard release of Pullip Sailor V’s stock consists of a sailor top, a skirt, gloves, a choker, a hair bow, underwear, mask and high heels. I do not own or have access to the Bandai exclusive version of Sailor V but I can say that the only difference is the addition of a small plush of Sailor V/Sailor Venus’ cat companion Artemis 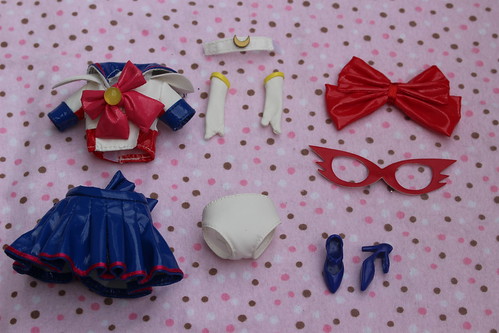 The plush cat Artemis that came with the Bandai exclusive version of Sailor V.