A limited edition version of Bloody Red Hood was also released as an exclusive to TokyoRose’s store, it was limited to only 70 dolls.

Additional Information
Release: Standard Release
MSRP: 13000 yen
Release Date: 8/2011
Product Number: P-041
Feel Like So: What is a girl’s weapon? Beauty? Charm? Or the slight mischief underneath the innocent smile? ‘’Strong is Weak, Weak is Strong’’…Feel Like So
Face Up: 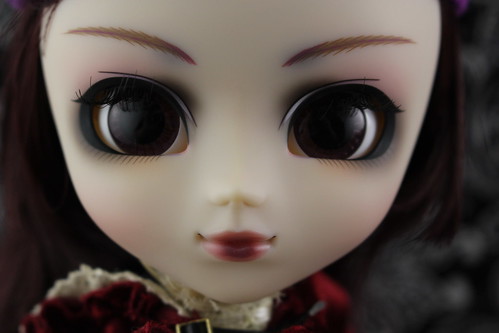 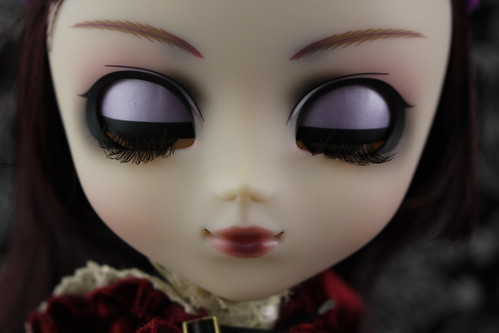 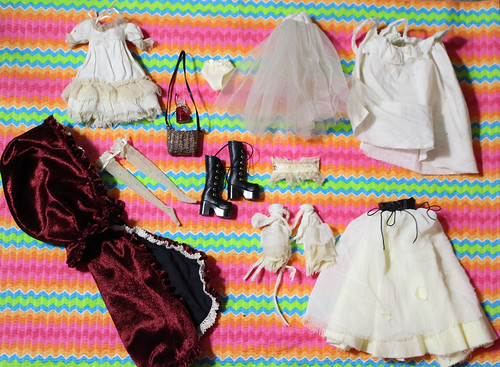 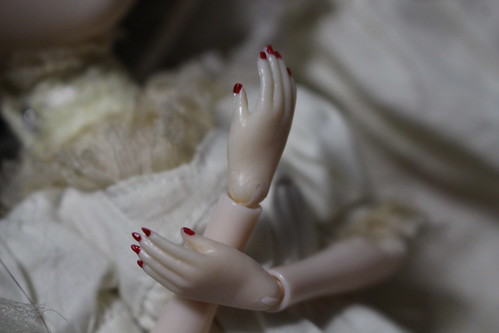 Known Issues: Sometimes the buckle holding the hood on can become detached but this can be fixed with a little bit of fabric glue.
Similar Doll Recommendations: Pullip Kuhn, Pullip Alura & Pullip Laura 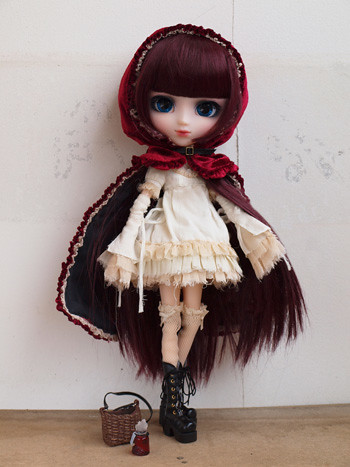 I do not own or have access to the limited version only the standard version! 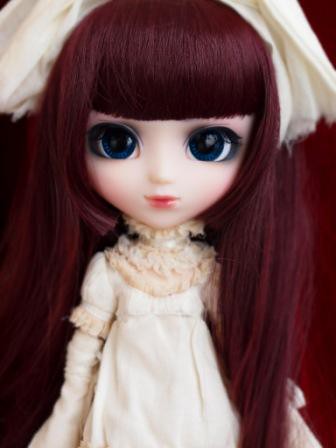