To celebrate Sailor Moon’s 20th anniversary Groove started a collaboration of dolls based on characters from the series in 2014. The newest version of the title character in Pullip form is an original design of Usagi on her wedding day, Groove simultaneously released her alongside Taeyang Mamoru Wedding Version in June of 2018. The wedding of Usagi and Mamoru is only seen in the manga and one of the newer live-action specials, their wedding was something that the series has always been leading up to though and kind of a forgone conclusion thanks to the appearance of their time-traveling daughter Chibi-Usa. The wedding dress seems to be an original design as it does not closely resemble the wedding gown from the manga or from the live-action special. 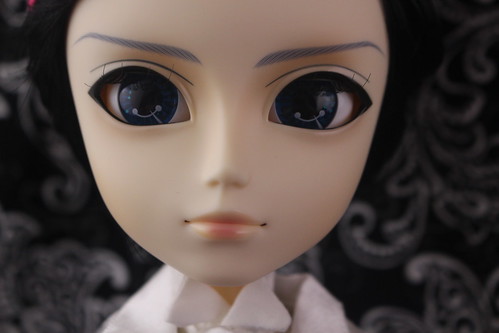 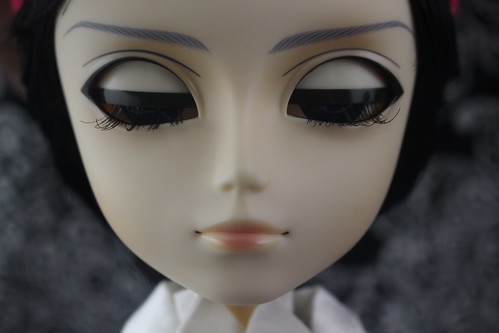 Wig: Short Black Wig
Stock: The standard release version of Taeyang Mamoru Wedding Version comes with pants, shirt, jacket, vest, gloves, tie, socks and shoes (not pictured lapel flower and mask). The Bandai Exclusive Version comes with a plush of Artemis . The Sailor Moon Fan Club Exclusive Version comes packaged with Taeyang Mamoru Wedding Version and comes packaged with a plush of Luna (same as  Bandai Exclusive Version) and Artemis as well as a Usagi’s moon rod decorated like a wedding bouquet and a special background. Please note I only have access to the standard edition release, promo photos of the other items can be seen below. 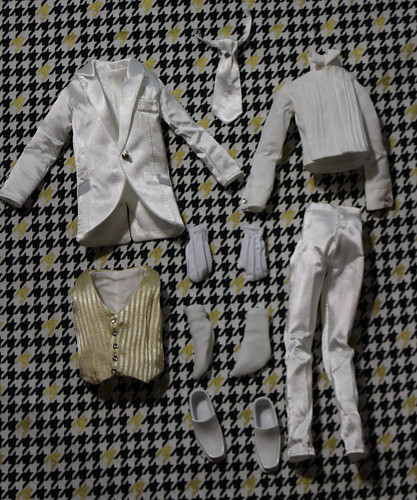