Additional Information
Release: Limited and Exclusive, this version of Pullip Catwoman was exclusive to San Diego Comic Con though it was eventually offered by some other retailers such as JPGroove and Pullipstyle after the event.
MSRP: $125
Release Date: 7/2011
Product Number: P-039
Feel Like So: Like a wild cat…. I blend into the night in a carefree manner…. I will get anything I want…Feel Like So
Face Up: 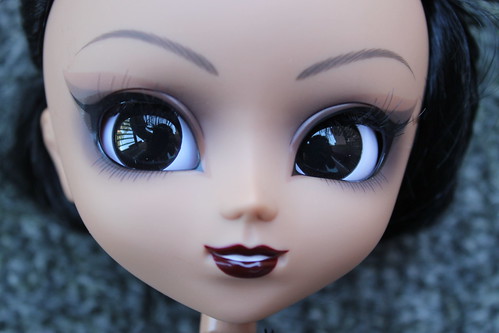 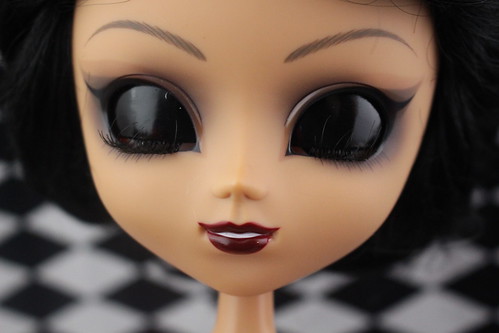 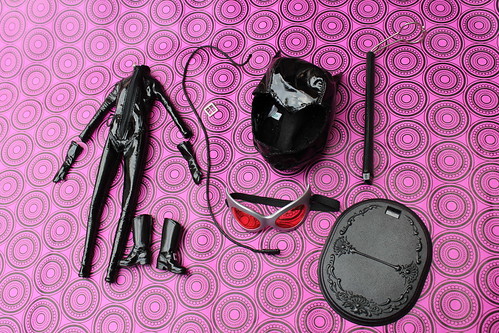 Body Type: 4
Obitsu Match: Pullip Catwoman has a darker skintone roughly equivalent to the Mocha MIO kits so she does not really have a perfect obitsu match except for possibly coconut which is unfortunately discontinued and very hard to find these days.
Stand: Black Plastic Stand
Special Notes: Pullip Catwoman like most of the other SDCC dolls came in one of the slim boxes without a window. A recolored version of Catwoman resembling her blond hair/blue eyed appearance in Batman Returns was released at Wonder Festival.
Known Issues: Possible staining issues?
Similar Doll Recommendations: Pullip Harley Quinn, Pullip Batgirl, Pullip Wonder Woman Dress Version and Pullip Wonder Woman..