Pullip Hello Kitty 45th Anniversary Version was released in November of 2019 alongside Isul Yun. Pullip has been collaborating with Sanrio to release dolls based on various Sanrio characters on and off since 2007 when the first of the original Sanrio trio started being released Pullip Hello Kitty, Pullip My Melody and Dal Cinnamoroll. In 2012, an anniversary version of Dal Cinnamoroll was released. In January of 2016 a new version of Pullip My Melody was released called My Melody x Hen-nako (collaboration with another artist) followed by Pullip Cinnamoroll in March of 2018.

Additional Information
Release: Standard Release
MSRP: 22000 yen
Release Date:  November 2019
Product Number: P-231
Feel Like So: Match with my Favorite Hello Kitty….. Tie Ribbons all over your chest for as many sweet and sparkling… Feel Like So.
Face Up: 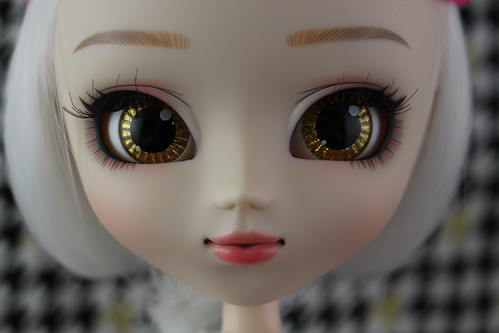 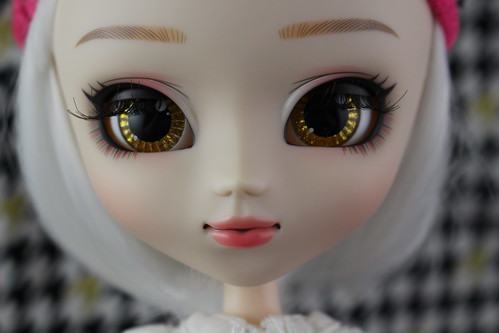 Eyelids: Black Eyeliner and Bow detailing on one side only. 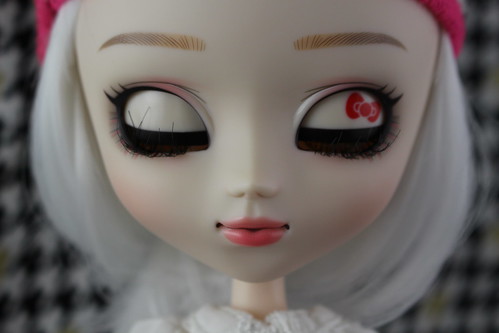 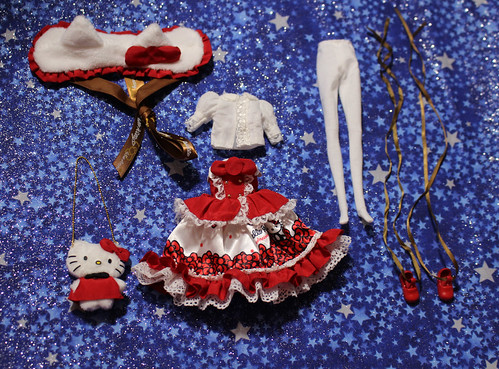