This year Groove has partnered with Tokidoki to release Tokidoki themed superheroes Pullip Super Stella and Dal Vendettina as SDCC exclusives. You can read about their reveal here or check out some in box photos of the dolls that were very graciously given to me so that I could share them by a friend here. A small quantity of Pullip Sailor Moon was also available for advance sale at JPGroove‘s booth, though I don’t seem to see any boxes of her in the photos I received this morning. My friend who had sent me the pictures yesterday just sent me some pictures of JPGroove’s booth this morning and has very graciously agreed to let me share the photos here again!

Upon seeing these photos I was initially filled with despair as so many lovely dolls are available at SDCC including a large number of older models that are no longer available like anywhere. On the bright side, while I do wish I could have attended my wallet is incredibly thankful that these dolls are all safely out of reach. 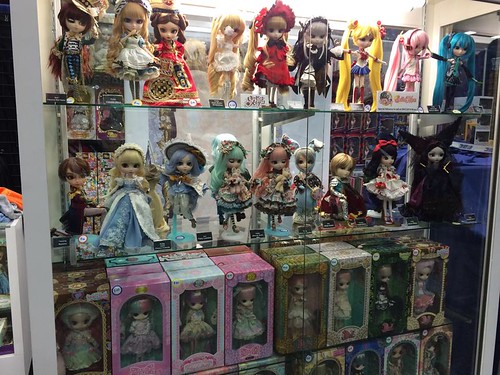 Several recently released dolls on display in this booth, posing them all must have taken a while. The top row has dolls from the Classical Alice series (Isul Classical Mad Hatter, Pullips Classical Alice & Queen), the new Rozen Maiden series (Pullips Kirakishou, Shinku and Suigintou) and the Vocaloid Series (Pullips Miku and Sakura Miku). Kirakishou 2014 hasn’t been released in the US yet so I was kind of surprised to see that she had been on display, I’m really excited about her. The bottom row has dolls from the Starry Night Cinderella series (Taeyang Prince Ramiro, Pullip Princess Dahlia Cinderella and Isul Fairy Lumiere), the Alice du Jardin series (Pullips Alice du Jardin & Alice du Jardin Mint) and the Snow White series (Taeyang Twilight Destiny, Pullips Snow White & Midnight Velvet). Clicking on the links above will bring up my reviews of the dolls, if you want to learn more about them .It looks like the very bottom two rows are filled up with a mix of dals and byuls for sale. 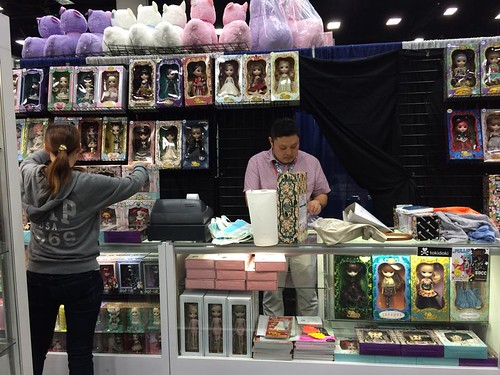 I see alpacasso rear ends! More seriously I spy lots of lots of minis in the case to the right, on the left I see MIO kits, My Select Pullips/Dal, Pullip Books (Hi I’m Pullip and Pullip Complete Style) as well as some Pang-ju and some recent Pullip recent releases. Lots of lovely dolls on the back wall including the recently released Pullip Kore. I see some of the Tokidoki SDCC boxes, I have spent some time looking at these photos but I haven’t seen a single Sailor Moon box so I suspect they sold out of Sailor Moon during preview night. I also see a Groove employee! 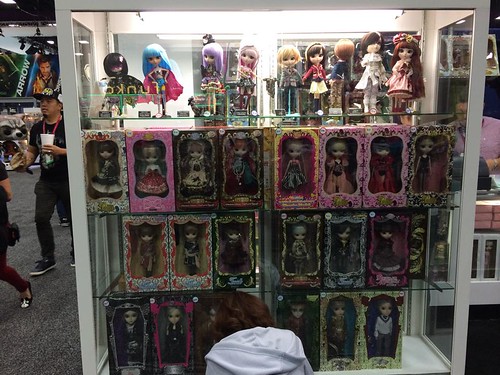 The SDCC exclusives Dal Vendettina & Pullip Super Stella are on display along with Tokidoki x Hello Kitty Violetta Special version, Tokidoki Lunarosa, Isul Cedric, Pullip Eloise (not sure why Taeyang Ethan is  hiding in the back), Taeyang AKIRA x Destinee de la Rose and Pullip Favorite Ribbon. Nice mix of dolls for sale in the case including sold out Pullip Myra next to her recolor Aira. 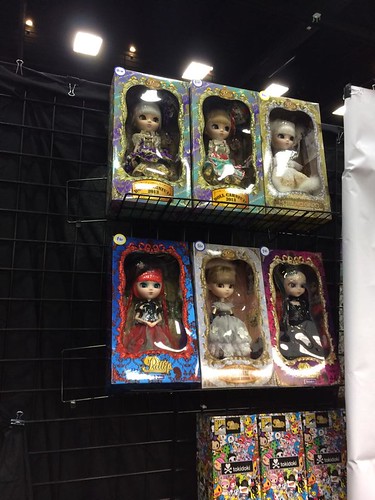 Some fairly newer dolls and some more Super Stella boxes hiding out on the shelves. 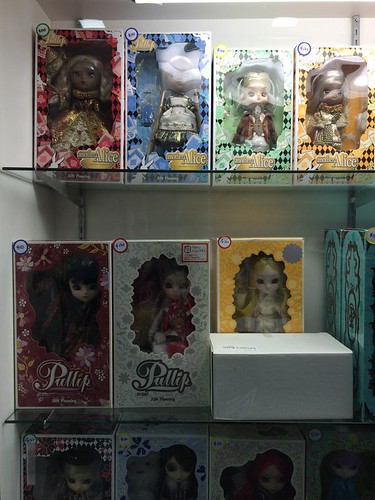 Some older but very rare lovelies in this case including several dolls from the Another Alice series, Lan Ake, Winter Purezza and Savon. The white box in front of Savon is her bathtub, quite possibly the best Pullip accessory ever! 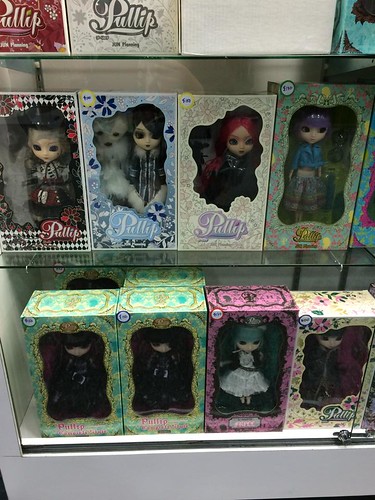 It’s still kind of funny to me thinking of dolls like Chill and Uncanricky as older/sold out/hard to find hell I remember preordering Uncanricky! Lots of Bonitas on the bottom shelf but I was really surprised to spot H.Naoto collab Prunella, she wasn’t limited but she was extremely popular and sold out pretty quickly after she was released in 2007 (another doll I remember preordering). 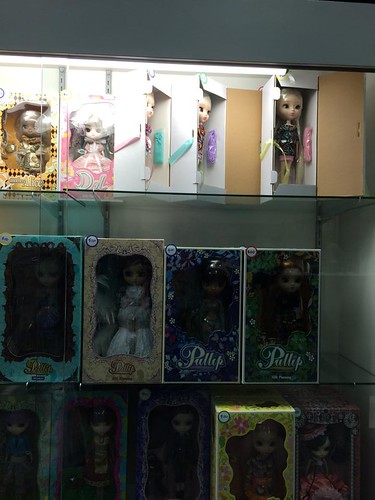 I see previous SDCC release Lala next to her sisters Sola and Sala. Do my eyes deceive me or is that a Papin hiding on the lowest shelf? I swear this is like playing a game of I Spy! with rare dolls. JPGroove did say via their facebook that they would be having about 27 older/rare models available at SDCC but I did not expect such a nice variety. 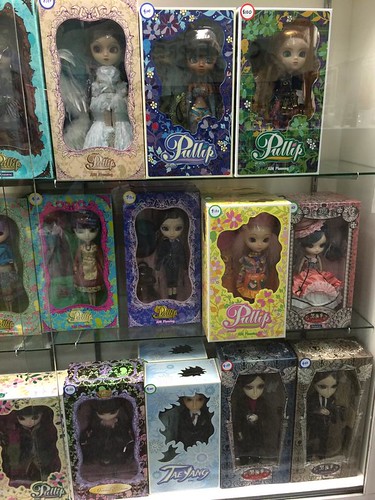 It is a Papin! All the super rare and lovely dolls but of course I fixate on my favorite girl even though I already have her in multiples! I was quite surprised to see Pullips Clara and Haute NY hiding out on the lower shelf.

I have no idea what the price-range is on the older releases.