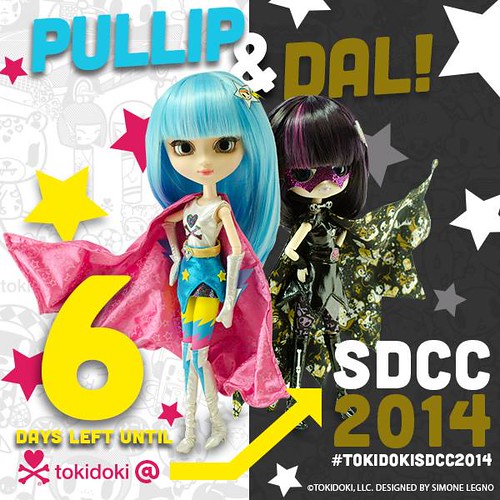 Both dolls are limited to 250 each, it is unknown if they are being sold separately or only as a pair or how much they will cost. Will update when more details become available!

Super Stella is a rainbow delight! I had a feeling with a  name like Vendettina she would be a bit of a villain.

EDIT: Some additional information has become available about the dolls.

Edit the second: A much cleaner promo photo of Pullip Super Stella and Dal Venderttina has been found via SDCC blog. 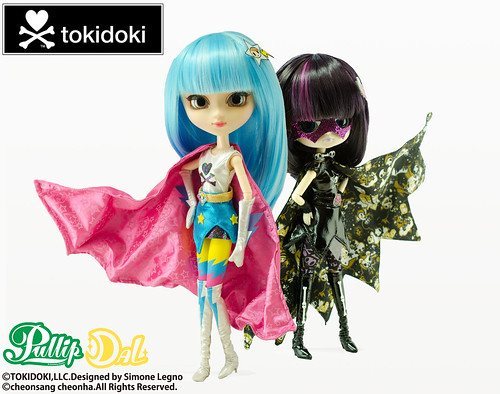 The really nice thing about this is that it is big enough/high enough quality to allow for a zoom-in and a closer look at Pullip Super Stella and Dal Vendettina. 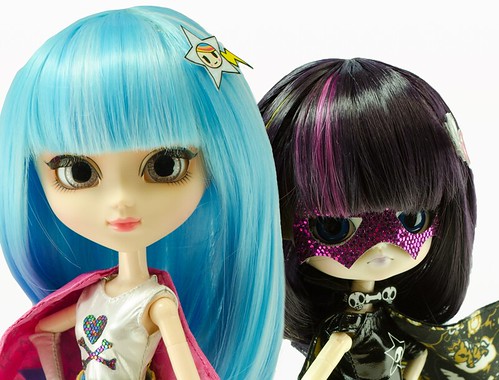