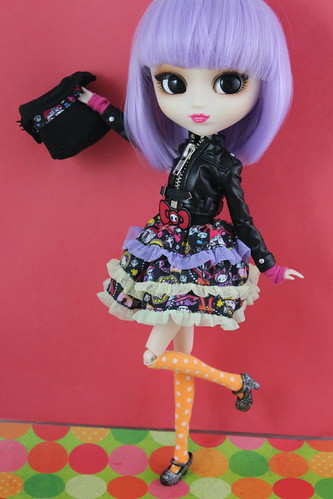 Violetta  was released in two different versions a standard edition that is available basically everywhere Pullips are sold (I personally recommend Pullipstyle) as well as a special limited version that comes with additional accessories that is available only through Groove’s official shop and JPGroove here in the states. The regular version has a MSRP of 16000 yen and the special version has a slightly higher MSRP of 20000 yen. I ended up with the special version of Violetta but since the dolls are identical except for the accessories I’ve decided to split this post in two;  part one will focus on Violetta as a standard release and part two will highlight the accessories that are exclusive to the special version of Violetta.

So without further ado here is part one… 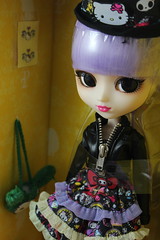 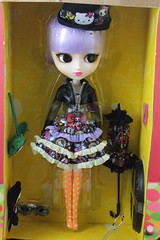 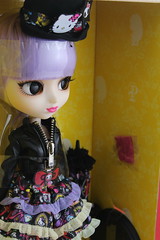 The basic version comes with a dress, a removable belt, jacket, hat, socks, shoes, fingerless gloves, a sheet of removable Hello Kitty x Tokidoki tattoos plus the standard card and stand. Please note that the purse, parasol and plush are exclusive to the special version of Violetta.

Violetta’s wig is soft and silky one of the nicest I have ever seen on a Pullip, though I have seen a few reports of people receiving Violetta with a slightly uneven haircut. I absolutely love her violet hair color. Mine’s haircut looks fairly even. Her stock is also nice quality and I love all the little details in it. 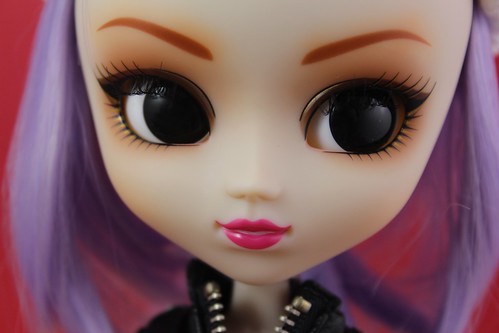 Violetta has an absolutely gorgeous face up, I love her magenta lips and her smokey eye make up. I love the design of her eyebrows though the color is a bit uncoordinated with the rest of her but it also kind of works for her, she dyed her hair lavender but neglected to dye her eyebrows to match. My only complaint are the eyes once again, I’m not a big fan of the seemingly all blacked out eyechips that Groove seems to like to use for the Tokidoki Pullip releases. I would have liked some color. 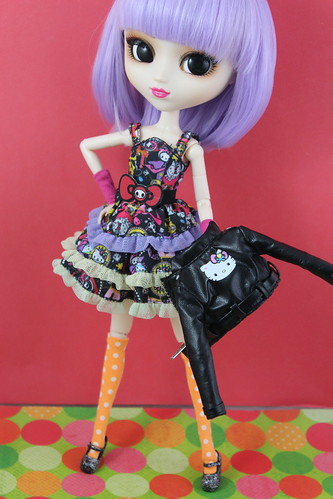 Violetta definitely has a cool and edgy rocker style. 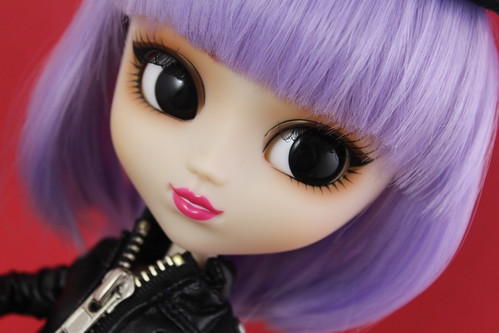 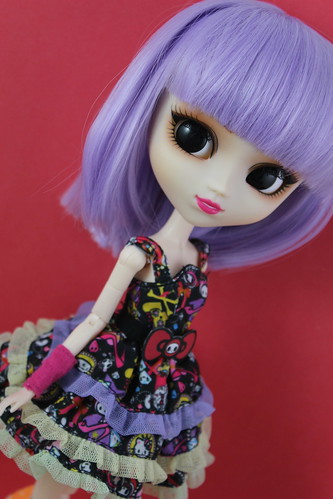 The dress is really quite cute underneath the jacket. I love the removable belt featuring Hello Kitty’s iconic bow with Tokidoki Adios hidden in the center of the bow. 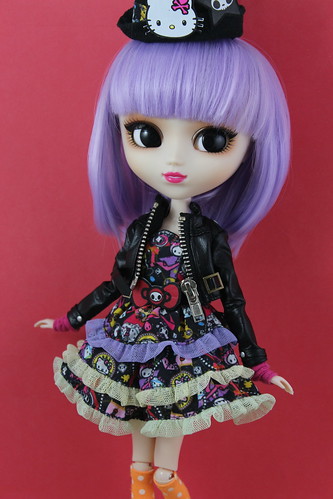 A Tokidoki x Hello Kitty release ran the potential of being sickly sweet, Violetta is a rather dynamic girl with a bit of an edge though. While she might be wearing a dress with lace she is also wearing a leather jacket. 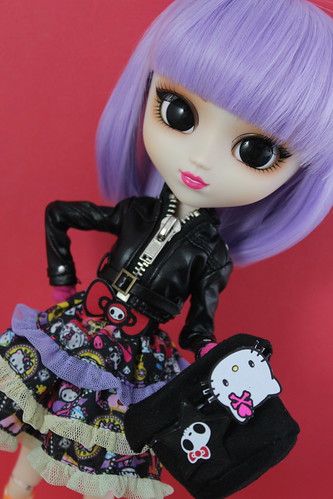 Violetta’s hat features Hello Kitty with a Tokidoki logo taking the place of her iconic bow as well as Adios. 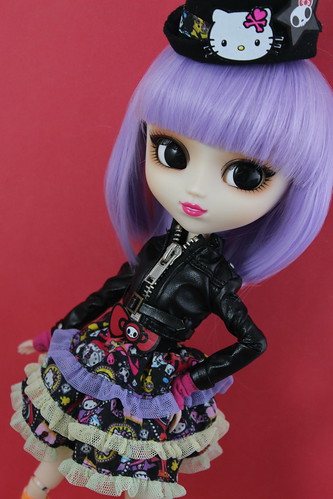 I know it’s still fairly early in the year but Violetta is sure to be this year’s it girl, I just have this feeling that she’s going to be like Prunella the one everyone is going to end up wanting and I’m going to absolutely sick of seeing photos of in a few months because everyone will have and love her. 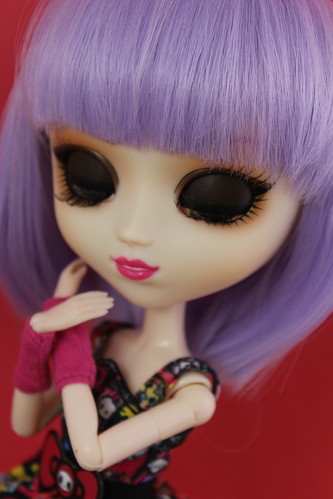 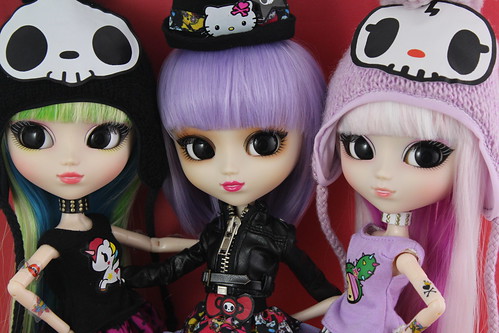 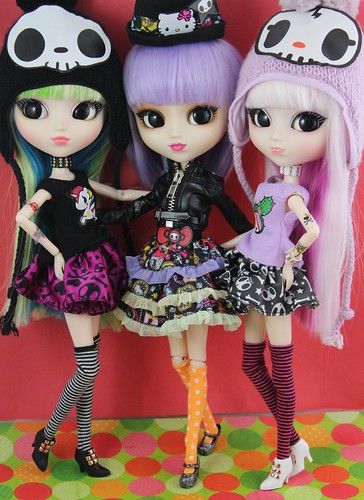 I like that she complements the two Tokidoki girls so wonderfully, she just fits right with them but she still manages to be unique and very different from Tokidoki Luna and Lunarosa. 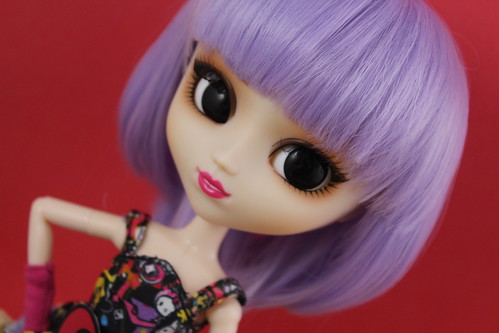 Lots more pictures of the lovely Violetta are available on my flickr. The regular version is available for sale at Pullipstyle and the special version that I will be highlighting in my next post is exclusively available through JPGroove here in the US. 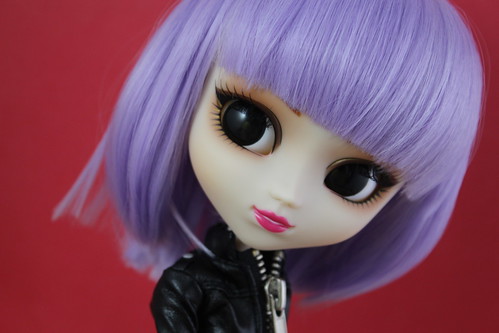