Earlier this year, Tokidoki partnered with Groove to release a second collaboration Pullip. Tokidoki was created by Italian artist Simone Legno, his ultra-cute artwork has been put on everything from purses to skateboards and just about everything in between. Of course, Tokidoki would make a wonderful and very natural partner for collaboration for Pullip!

Pullip Lunarosa has a MSRP of 16000 yen. She was released in late January with very little notice beforehand. Lunarosa is a recolored version of the previous collaboration Pullip Luna though some of the details which characters are featured on their shirts and hats have also been changed as well. 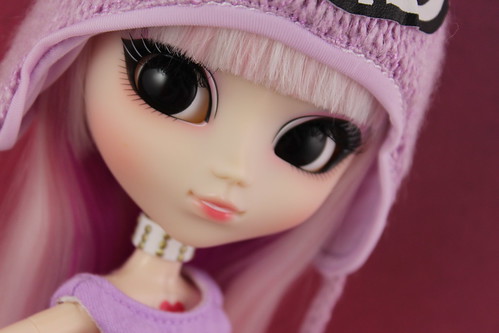 The original Tokidoki Pullip Luna was pre-released at Doll Carnival 2012 before being released for general sale later in the spring of 2013. Luna was wildly popular so it seems a second Tokidoki Pullip was inevitable (a Hello Kitty x Tokidoki collaboration Pullip Violetta has now been released as well). 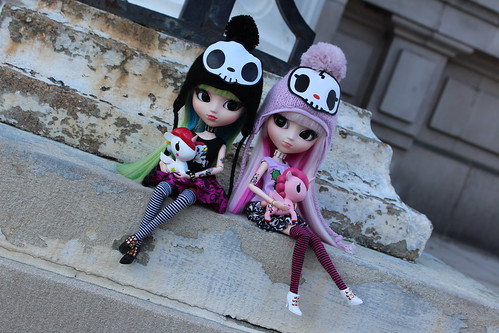 The original Tokidoki Pullip Luna with Lunarosa, they are respectively holding Stellina and Bellina from the Tokidoki Vinyl Blind Box Unicorno line (they don’t come with the Pullip, they are available separately via Tokidoki or most pop culture-y stores like Newbury Comics). 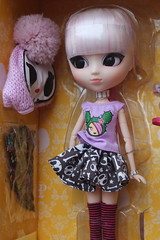 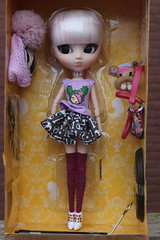 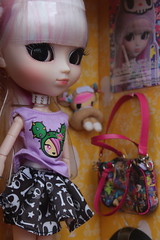 Lunarosa comes with a hat, a Tokidoki messenger bag, a donutello plush,  two outfits the one she comes dressed in (tank top and skirt) and an alternate outfit consisting of an asymmetrical shirt and shorts plus a matching choker and bracelet, socks and boots. She comes with two sheets of tattoo sticker sheets so you can give her Tokidoki style tattoos wherever you choose. She of course comes with the standard card and stand. I’m very happy with the quality of this release.

I’m happy to report that Lunarosa’s wig though similar in style to Luna’s is much better quality and is very soft and silky. Her hair is a blend of at least three different colors the top layer is a mix of white and a very light pink and the under layer is a dark pink/magenta-ish color. 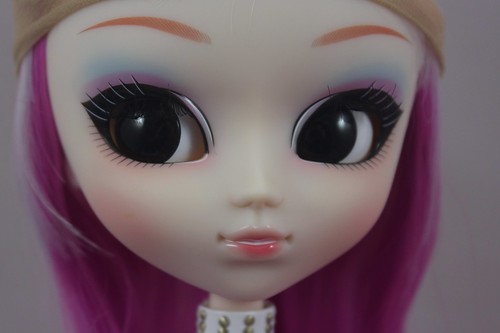 Lunarosa has a very pretty face up, she has an opened mouthed smile. I love her pretty rosy pink lips. I really love the colors used for the face up especially the eye make up. I’m honestly not a fan of her eyechips, they are so dark they may as well black (if they aren’t), I would have loved some type of an effects eye chip in her. 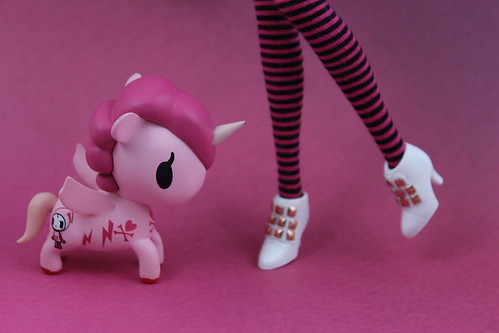 When I realized I didn’t have many full length shots of Lunarosa, I decided to take a close up of her shoes. When Luna was released, I remembered that I had got a few questions about how to reattach the pyramids on her boots while I haven’t lost any off of mine  *knocks on wood* I thought I should drop a note here that they can be reattached via like normal Elmer’s school glue or like craft glue (keep super glue far away from your Pullip, under no circumstances is it okay to use super glue on your Pullip). 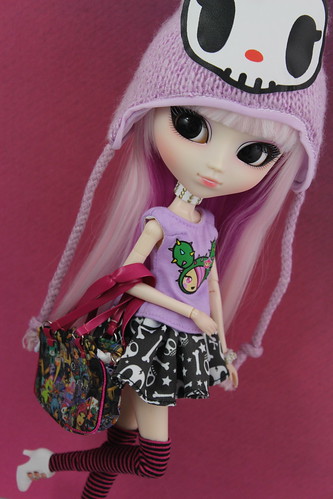 I have two Tokidoki purses, one of them is in the same style though not the same pattern as Lunarosa’s so I guess you can say I’m a fan of the style of bag. 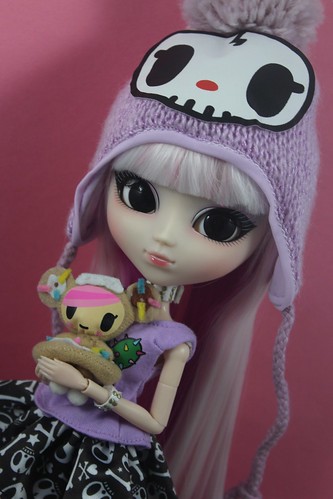 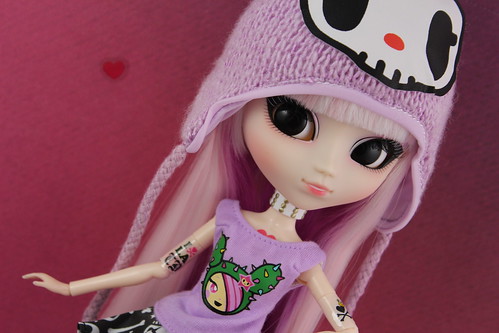 I like the tattoos gimmick on her, I ended up putting the large one on her back and several on her arms. I also put one of the hearts on her chest as I’m not a big fan of them on her face. 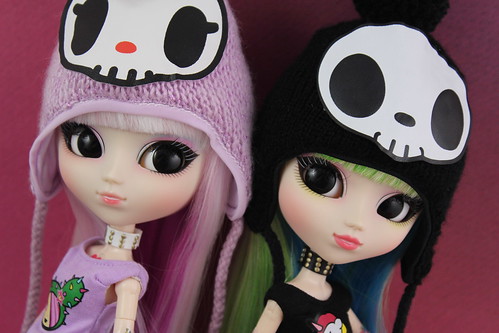 Lunarosa with her twin Luna, it’s hard to decide which one I like better. I love how colorful Luna is but I also like the almost monochromatic color scheme of Lunarosa too. 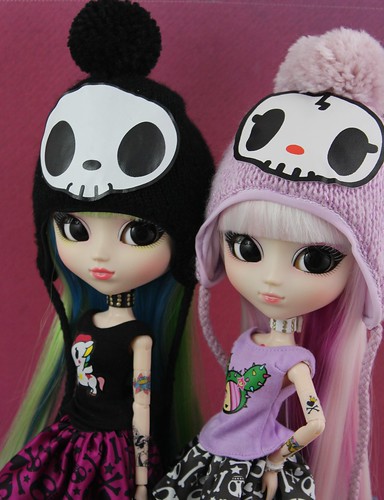 The girls do complement each other wonderfully. 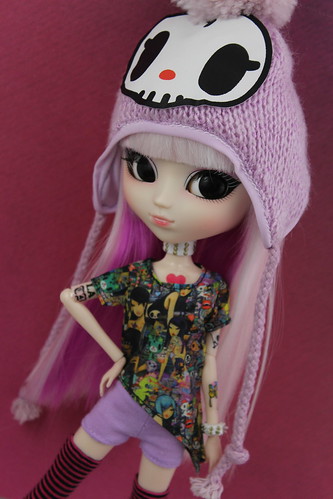 Lunarosa comes with an alternate outfit consisting of an asymmetrical shirt with a Tokidoki print and a pair of light pink shorts. 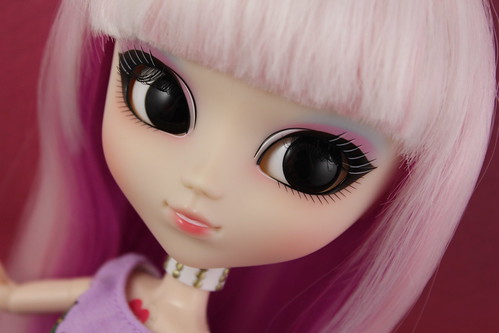 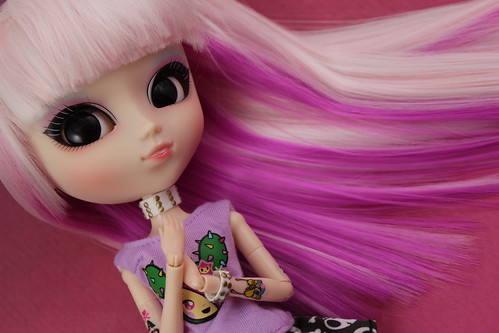