As a change of pace, instead of showcasing pictures that are not mine from SDCC I’m going to showcase the SDCC exclusive Tokidoki Dal Vendettina who does not belong to me. This year Groove partnered with Tokidoki to release two Tokidoki themed superheroes Pullip Super Stella and Dal Vendettina as SDCC exclusives. Both dolls were limited to 250 and were priced at $130 each. Groove has previously collaborated with Tokidoki to give us Pullips Luna and Lunarosa, then Groove paired Tokidoki with Hello Kitty to give us the super amazing Violetta earlier this year.

I had asked someone to pick the dolls up for me but I hadn’t heard back, I hesitated to ask my SDCC source that took all the pictures for me as I didn’t want to potentially be obligated to pay for two sets of dolls. I did ask my SDCC source to pick up the Dal for a friend of mine that lives overseas, it has a layover here before going on to it’s proper home but I was told I could photograph her to my heart’s content until sending her on…. 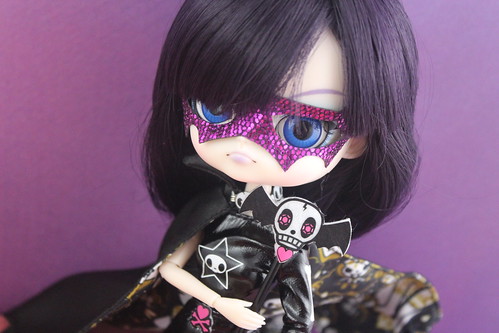 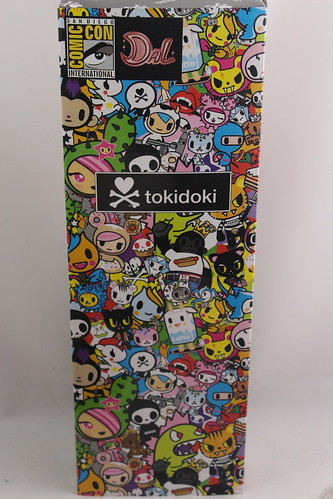 I actually quite like her box, normally the SDCC slim boxes are pretty boring either all black or white with a sticker. This one has a wrap around Tokidoki print. Her box also revealed her product number: D- 153 (the Pullip’s product number is P-131). 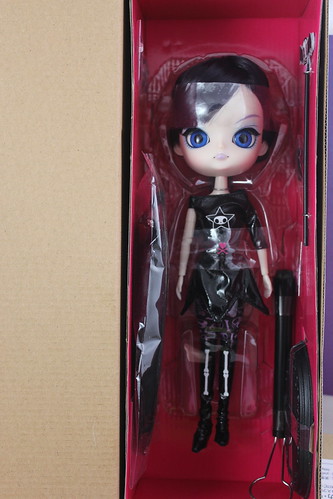 Vendettina comes with a mask, hair clip, an asymmetrical dress, shorts, a cape, gloves, a wand and a stand; she does not come with a card :O. I was quite surprised by the wand as it was not shown in the one promo pair of this pair. 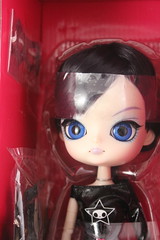 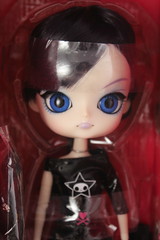 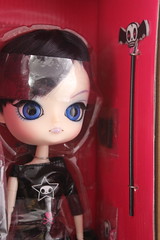 Quality? I was overall impressed with the quality of this release, there are little things I would have changed like I would have went with full plastic boots versus fabric but she is pretty damn awesome. The cape is amazing, I can’t get over the print. The accessories are cute, they look good but I’m not sure how well they would hold up against rough play.

The wig is amazingly soft, one of the best Groove wigs I’ve handled it’s a dark grey/purple mix with a streak of violet and yellow. My one complaint about the wig is that bangs are a little long, if it was my doll I think I would have given them a quick trim. 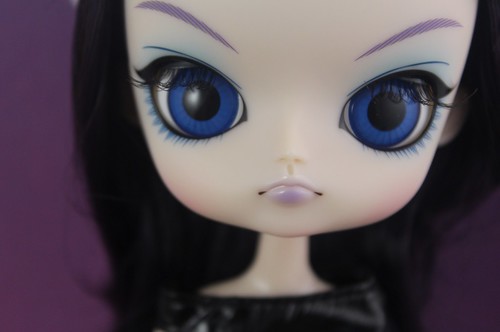 The one promo photo of Vendettina failed to show her face up so I was really wondering what was hidden behind that mask, much to my surprise there was an absolutely stunning face up behind it. Dramatic make up in blue and purple tones, I don’t think I’ve seen a Dal with such bold colors before but I love it. She reminds me of Pullip Afternoon as far as color scheme. She has got the most beautiful blue eyes I have ever seen. 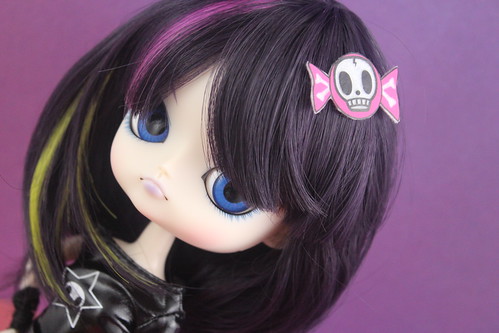 I took this shot to highlight the streaks in her hair, I love the violet streak I’m less in love with the yellow-ish one. I love her little hair clip, it’s a very cute touch. 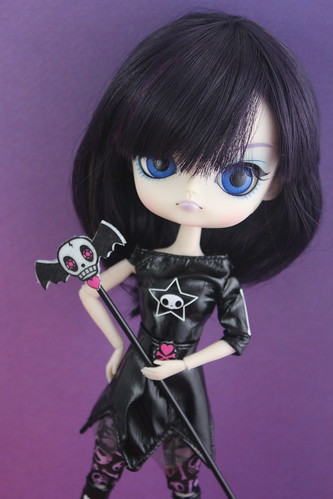 Vendettina still looks more like a villain to me than a superhero. She has a couple of accents featuring the character Ciao from Til Death do us Part. I love the asymmetrical dress, I didn’t even notice it was in the promo photo it continues the bone motif seen on her boots. 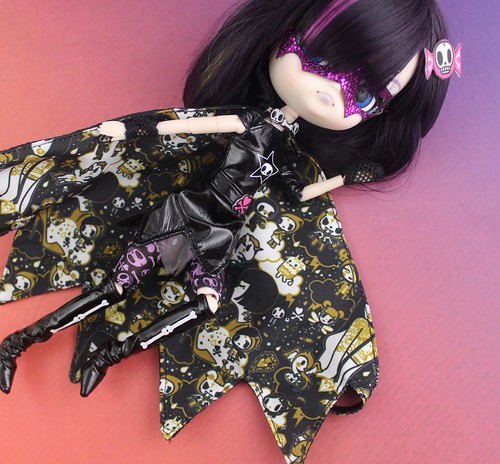 The Tokidoki print on the inside of her cape is amazing. All the detail is really lovely. 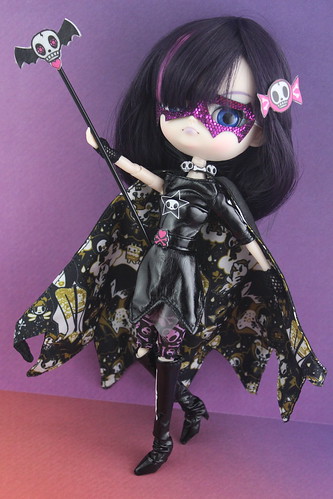 I was absolutely ecstatic to hear there would be a Dal SDCC exclusive this year, Dal releases have become so few and far between these days making each one precious. Besides Vendettina the only other Dal released so far this year is the super sweet lolita Silane and the two releases couldn’t be more different than night and day. 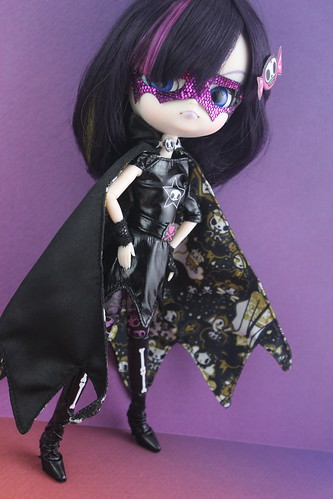 More pictures of her on my flickr. Normally this is where I would tell you I bought her from Pullipstyle and how you should check them out but this one came from SDCC. 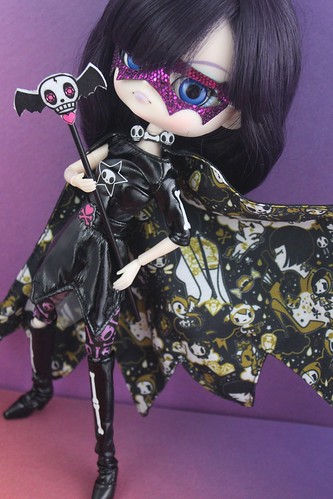 Thank you, thank you to my amazing friends for making this review possible. Hopefully I’ll be able to add Vendettina as well as Super Stella to my doll crew soon.