Pullip Merl was one of the most popular Pullip releases of 2012, she was so popular that Groove released a recolored version of her less than a year later called Merl Nostalgia Version as well as a basic My Select version. The My Select line was introduced in late 2012 as a precursor to the MIO or Make It Own line of customization items, the dolls released as a part of the line were all re-releases of previous dolls but instead of their more elaborate stock outfits they came with only a simple towel wrap dress. Dolls released as a part of the My Select line did not even come with a stand. The My Select doll line had the advantage of being more affordably priced than normal releases, before the advent of the MIO line they were a great option if you wanted a doll to customize or if you wanted to add a doll to your collection but maybe weren’t the biggest fan of their stock clothing or look (new eyes/wigs?). 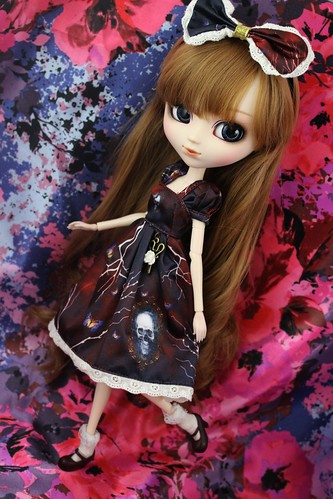 Earlier this year, Joliedoll announced that they would be releasing a new exclusive version of Pullip Merl with a special dress set designed by them. Unfortunately it looks like the plans for the doll fell through as My Select Merl and the Antique Skull Dress set that she was supposed to be Jolie Doll’s exclusive are now available for sale separately via JPGroove.  I’ve already done a review of the outfit set that can be seen here in case you missed it so I thought it was time to do a post focusing on My Select Merl! My Select Merl is priced at $94.95 and is available via JPGroove,  she is also available in a number of bargain priced bundle packages with various Groove outfit sets that can be seen here.

My Select Merl in the box 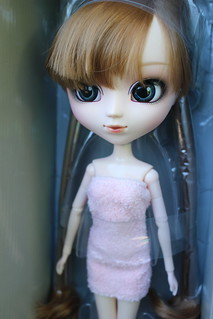 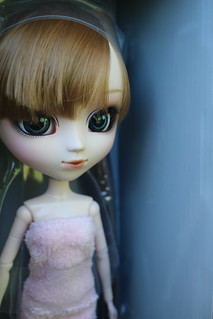 As a part of the My Select line, Merl does not come with a stand or card the only item included with the doll is a simple towel wrap dress. I kind of appreciate the fact that she comes with a towel dress, I hate it when dolls arrive completely nude to their new homes it’s just so rude! The towel dress would be very cute for spa photos though I don’t think anyone will be buying her just for her towel dress. 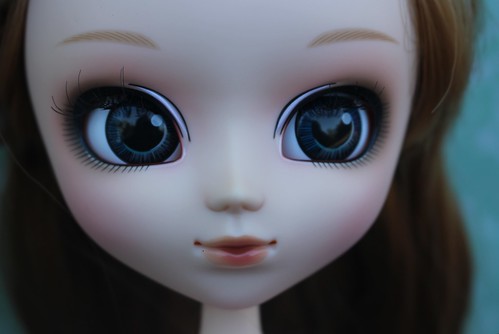 My Select Merl’s face up appears to be more or less the same as the original Pullip Merl’s face up, this is good thing because Merl has a really great face up not to mention incredibly versatile. She has a little bit of smokey eye shadow but it’s not overly dramatic so it doesn’t overwhelm and the white eyeliner provides a nice contrast. Her lips are kind of a burnt sienna, there is a color gradient from the outer lip to the inner lip where it becomes darker towards the middle. Her eye chips are a very dark blue.

The wig? The overall quality of the wig is nice, the color is fantastic and it’s very soft and full. My only complaint is the bangs are cut a bit unevenly but at least that is something that is easy enough to fix. 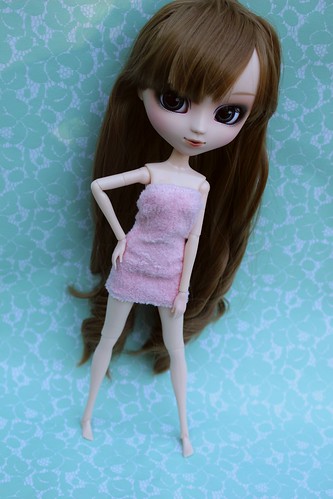 Merl looks like she is ready for a day at the spa! 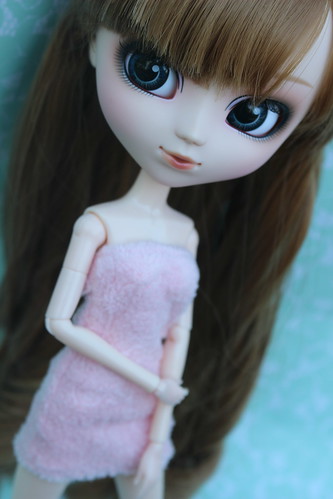 As cute as the little towel wrap dress is I doubt anyone is going to buy her just for her stock outfit, so let’s see how she looks in some other outfits! I tried various Groove fashion sets on her to see just how versatile Merl really is. 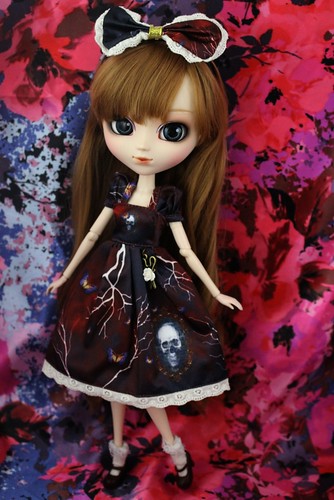 Of course, the first outfit to be tried on was the Antique Skull Dress set because it was designed for her. I don’t think I would have ever chose a gothic style for Merl but I must say the dress suits her wonderfully. I think it’s the playful touches like the white lace socks as well as the lace trim on the dress that keep the dress from becoming too macabre on her. 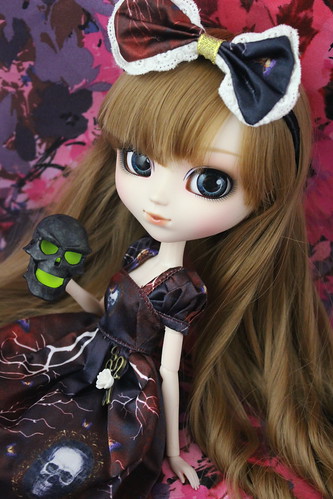 The colors of the dress also suit Merl nicely, the dark blue and purplish red of the dress really work on her. 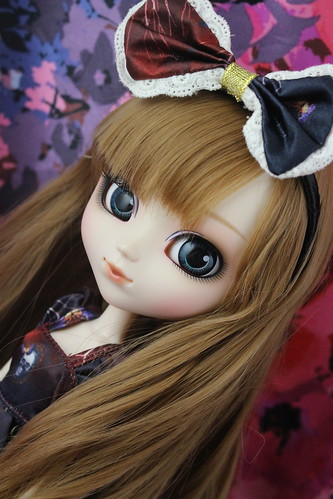 It’s a pity that the Joliedoll collaboration did not work out quite the way it was supposed to but I’m glad that the doll and the outfit was able to get some form of release even if their releases are now separate. 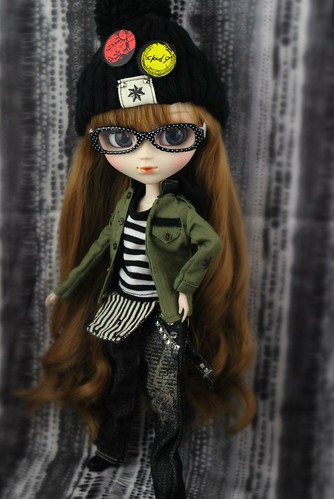 Merl even makes a great tomboy, here she is totally rocking the Kani Honey outfit set by Mitsubachi@BabyBee. I bought this outfit set with one of my Isuls in mind but I was so surprised how by how well it suits her that I may just let her keep it. 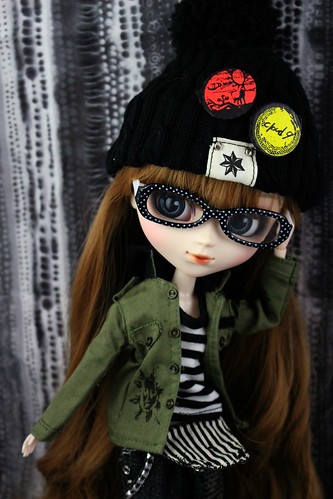 Kani Honey is such an unexpected choice for her but I really love it! She looks so darling with glasses. 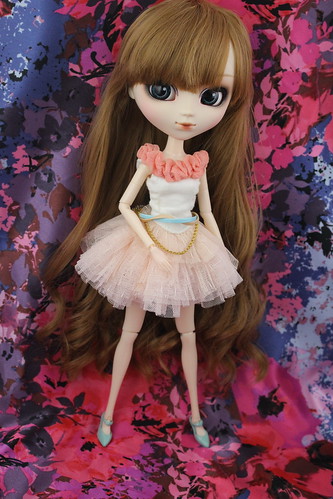 Not only does she make a good tomboy but she can also look quite pretty in pink like in the Galesnjak Heart Look Set. The sweet look really suits Merl well, when looking at owner photos of Merl I noticed the overwhelming amount of them if out of her stock outfit had her in cutsie outfits like this one so it seems like a popular style for her. 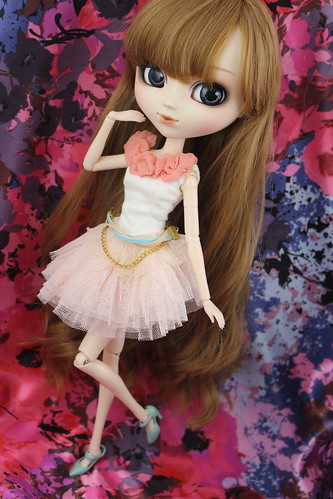 This look might be a little too sweet for me. 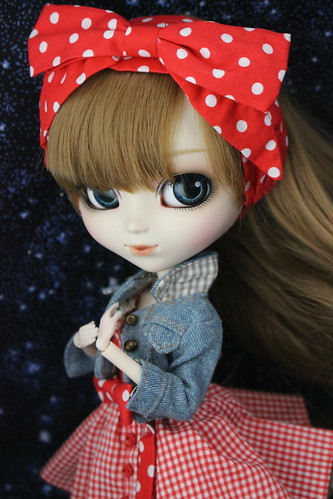 The Tenjho Tenge Coney Island Set is one of my favorite Groove outfit sets, it has a rockabilly flair to it. The red and white gingham print contrasts really nicely with the polka dot print of the belt and headwrap, the pale blue denim fabric of the jacket stands out nicely against all the red and white. 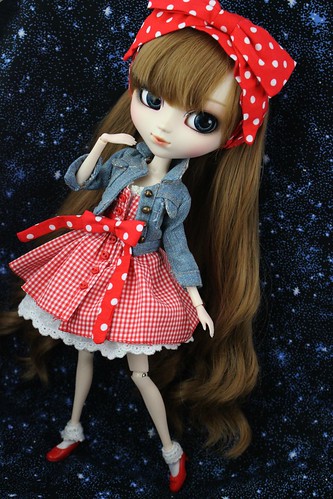 I really love the bright and bold colors on Merl! 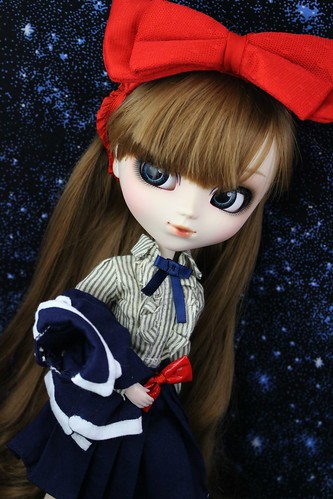 I had to try the Valetta Preppy Look Set set on her too, I knew this one would suit her wonderfully too! 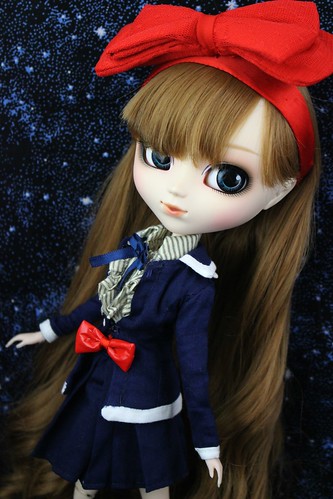 Merl looks like she is ready to go to school!

Which look is your favorite? While I sincerely doubt that we can all agree on a favorite outfit, there is one thing we can agree on Merl is extremely versatile and looks great in a lot of styles. 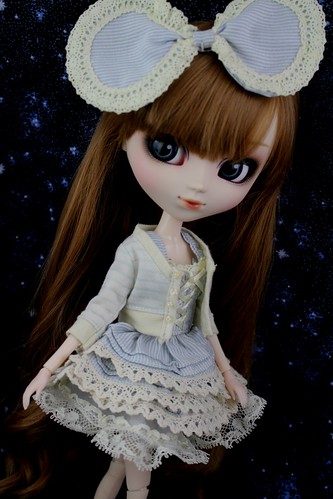 More photos of My Select Merl can be seen on my flickr. My Select Merl is available for purchase via JPGroove here, make sure to check out all the value packs that come with various different outfit sets here as they are a really great value and many of the outfits suit Merl wonderfully.