Can you believe that Pullip and Taeyang have been together for 10 years? It’s been ten years since Pullip’s new boyfriend Taeyang and his little sister Dal have joined the Pullip line of dolls. Although lots of Pullip and Isul sets such as Isul Hansel and Gretel  have been released since Isul’s introduction in 2011 and there have been many Dal and Pullip pairings as well as Taeyang and Pullip pairings there has never been a Dal and Taeyang matched pairing until now, I wonder why that is? It’s been something the Pullip fan community has been wondering for a long time now… finally our prayers have been answered!

Taeyang Albireo will be released alongside his sister in October in Japan, they will be released one month later here in the US. Of course both of the dolls that are dressed for a fancy costume ball are to be released just in time for Halloween in Japan, at least! Taeyang Albireo has a MSRP of 20000 yen which is about $197 as of this writing, he is priced the same as his companion release Deneb so the pair will cost  40000 yen together because I mean who could think about the one without the other, right?

Taeyang has a Black Swan theme but while both of the dolls seem to have some ballet overtones in their outfits I doubt Swan Lake was a direct inspiration for the look as I don’t think I have ever seen a male Black Swan (traditionally the Black Swan is played by the same ballerina as the White Swan/Odette). Perhaps Dal and Taeyang recently attended a ballet performance and were inspired by the elaborate costumes they saw there when it came time to choose their costumes for the ball? 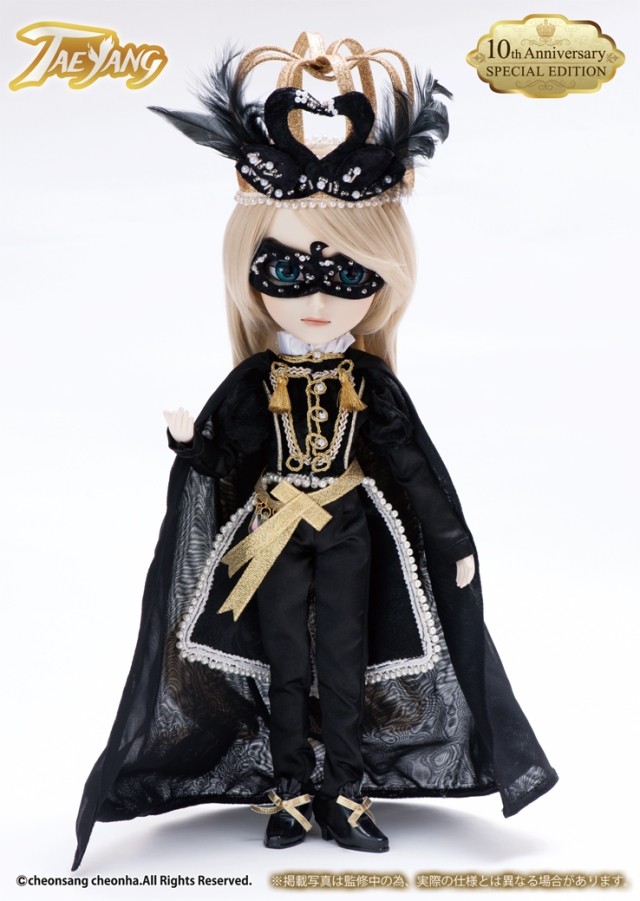 Taeyang Albireo looks quite regal in his costume ball attire.  That crown is really quite something! While I am not the biggest fan of the design of the crown I must admit that the construction of it is is well done and it is definitely not something I have seen before with the sequins and feather detailing. His mask is also sequined. His outfit is nicely detailed with faux pearls. The color palette of black with gold and pearl detailing is quite luxurious. I’m kind of impressed that Groove spent the extra time and effort to line his cape. 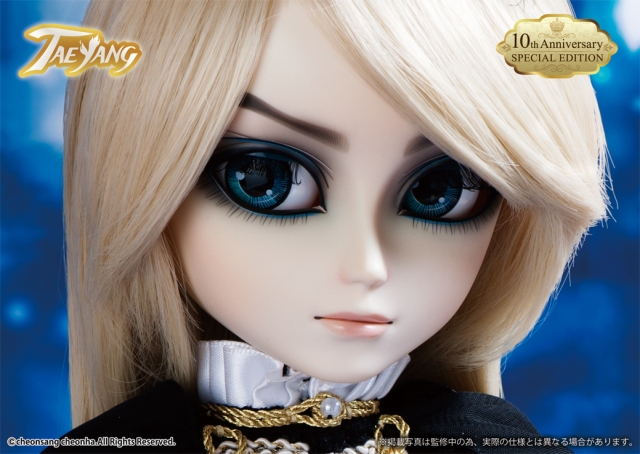 While his outfit may not be everyone’s taste, I’m sure his face up will be a crowdpleaser! He has an absolutely amazing face up, his eye makeup is smoky and dramatic, the blue eye liner provides a really great point of contrast that makes the color really pop. I wish more Taeyangs had thick eyebrows as nicely detailed like Albireo’s eyebrows are. His lip makeup is really nice it’s a lovely shade of pink.

I hope more photos of Taeyang Albireo and Dal Deneb are released soon! I will be sure to update when they become available for preorder via JPGroove and Pullipstyle!