Pullip Super Sailor Moon is set for a July release in Japan which means an August release for those of us in the states. She has a MSRP of 22,000 yen. She is the third version of Usagi/Sailor Moon to be released, there is already Pullip Sailor Moon and Pullip Princess Serenity who I have previously reviewed here (clicking on their links will bring you to their respective reviews ). 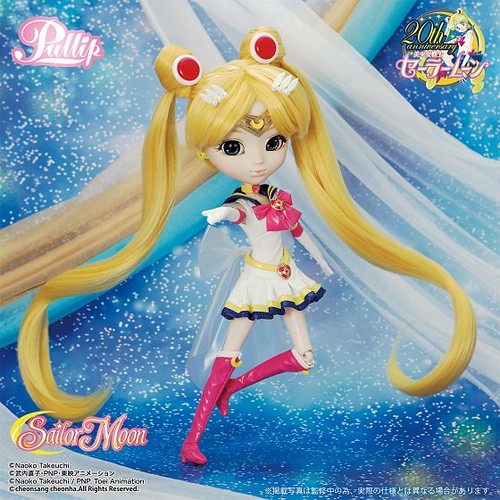 love and justice sailor Sailor Super Moon! On behalf of the month, I will punish you! 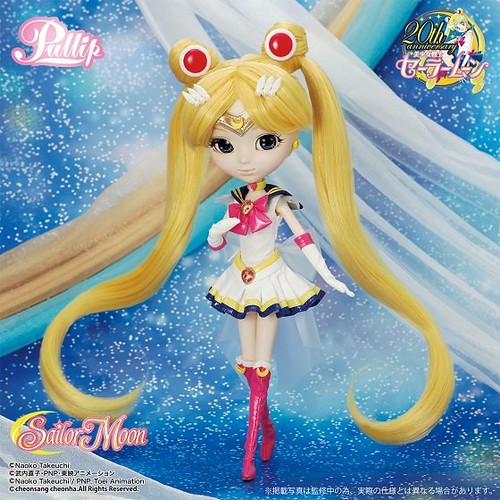 I can’t say that I was surprised by the announcement of Super Sailor Moon release as a Pullip, she was one of the next logical steps in the collaboration series. I think the character design transitioned nicely into doll form and that Groove did a really nice job with her overall. She does not appear to come with any accessories, I wish she came with her Spiral Heart Moon Rod the original Pullip Sailor Moon did at least come with her moon stick though she lacked the ability to properly hold it ^^; . 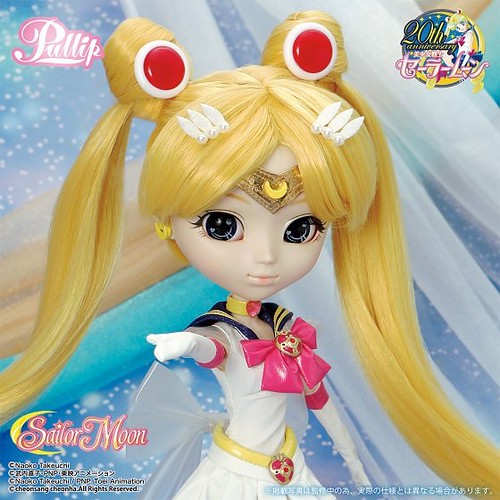 I’m really impressed with the details, the cosmic heart compact is very faithfully recreated by Groove. 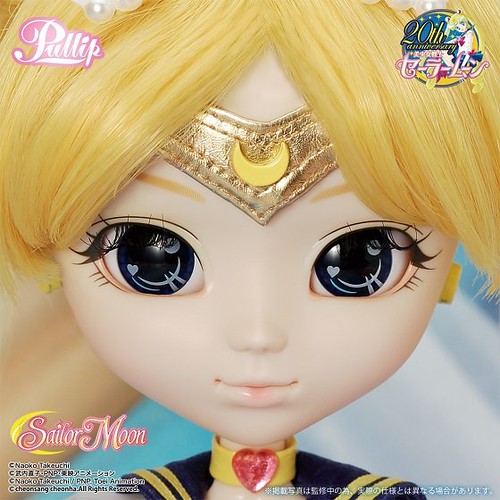 Super Sailor Moon appears to have a nice clean face up, it’s very stylized anime but it suits the character nicely. Sailor Moon is supposed to be a young girl she celebrates her 15th birthday during Sailor Moon Super so she shouldn’t be overly made up. 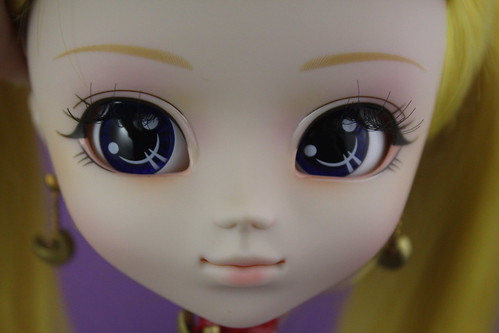 This is a close up of the original Sailor Moon’s face up just from comparing the preliminary shots it does look very similar to Super Sailor Moon. It does look like a little bit of detail has been to the eye make up, it appears as those her lips have been glossed as well and her eye chips are a little bit different now with a heart detail. They should look somewhat similar because they are all based on the same person but a little bit of variety can be a good thing. 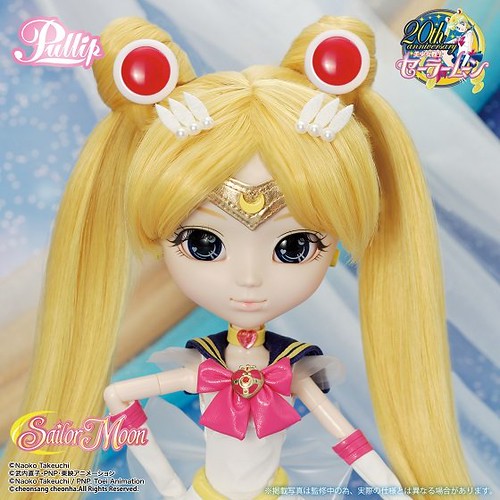 Once again, Bandai shop has an exclusive premium version of the doll. In addition to Super Sailor Moon’s costume, those preordering via Bandai’s store will receive Usagi’s school uniform the MSRP for the premium version is 5000 yen higher than the standard version and requires the use of a shopping service if you are outside of Japan. 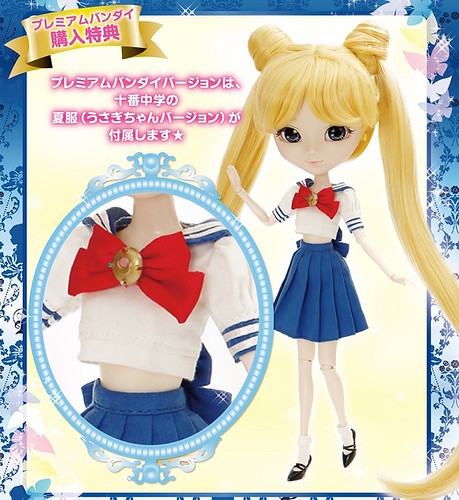 I really like the school uniform but I’m not sure I can justify the extra expense for it. I wish they would offer some of the uniforms as outfit sets.

I will be sure to update when she becomes available for preorder via Pullipstyle and JPGroove.

Verdict: Super Sailor Moon is really pretty and I’d love to add her to my collection one day but I’m still very much behind on collecting the Sailor Moon dolls and I feel like I should prioritize getting different characters versus different versions of the same character. If Groove/Bandai does announce an Eternal Sailor Moon I know I will be unable to resist! Also I hope Groove announces more dolls based on villains, they always seem to have the most interesting and compelling character designs and Sailor Moon has quite the rogue’s gallery!