The second doll in the Ars Gratia Artis original design Innocent Flowers series has been announced via Groove’s blog tonight, Groove has been teasing us for months with photos of an Innocent Flowers Dal ever since a prototype was first on display at Doll Party 43. 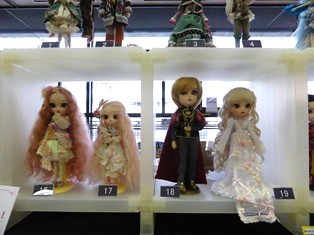 This photo was taken at Doll Party 43 and while it is not very large the Pullip we now know as Eve Sweet and then unknown Dal Cherry Sweet can be seen on display. I’m glad she will finally receive an official release especially since Dal releases have become so precious and few lately. 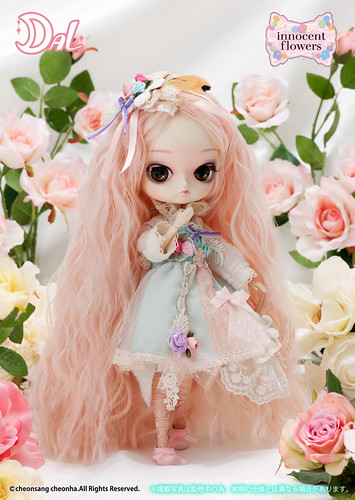 Dal Cherry Sweet will be released in Japan in March, we won’t see her here in the US until about a month later unfortunately. She has a MSRP of 18000 yen which as of this writing is about $154, she is priced the same as the previous Innocent Flowers release Pullip Eve Sweet. If you have not already checked out my review of the first doll in the Innocent Flowers line Pullip Eve Sweet I recommend taking a look, she was one of last year’s best releases! 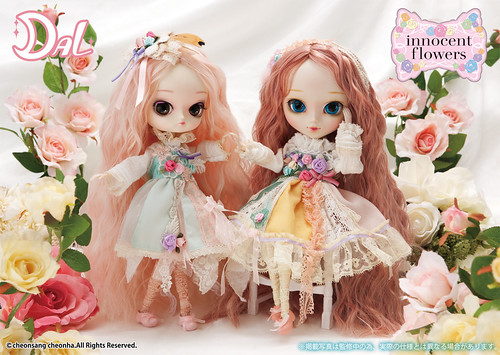 I’m very happy to see such great original designs from Ars Gratia Artis/Groove, I like collaborations but they can get very overwhelming if that is all that is being released especially if you don’t care for a particular anime series ie. if you don’t care for Sailor Moon last year you didn’t have a whole lot of other options as only a handful of non-collaboration dolls were released. 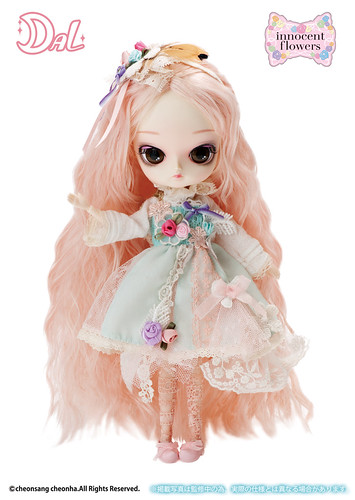 Let’s take a closer look at little Cherry Sweet! She is quite cute! My only initial complaint is in general is that she appears to be quite pale, her stock and wig all have really soft muted colors I would have preferred her if she was a bit more brightly colored but I still really like her and am very excited about her upcoming release. 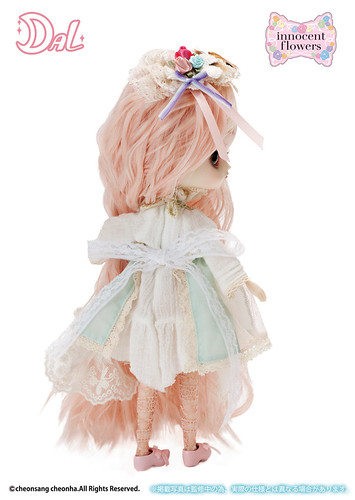 Back view of the outfit, I love the giant lacey bow. 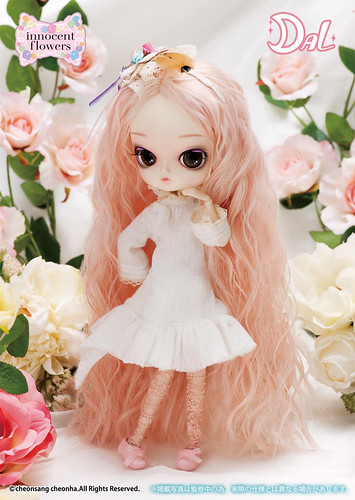 Her under-dress appears to be the same as Eve Sweet’s just a bit smaller, her shoes and tights appear to be the same as well though in different colors. Even without the floral apron the look is quite cute on her! 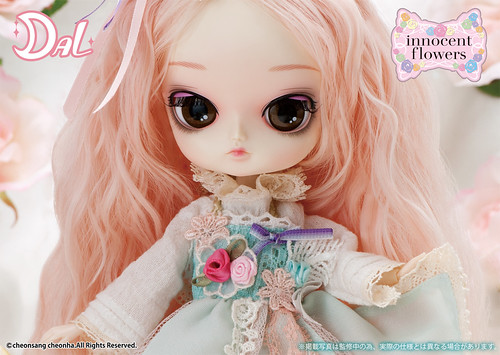 The floral apron is quite cute and very detailed! I love all the little flowers on her apron, I just wish it was a bit more colorful! 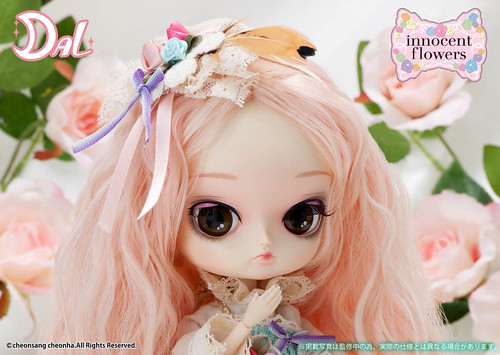 She has a really soft and sweet face up! Her mouth is painted in such a way that it gives her a lips a bit of a different shape for a Dal, it reminds me a little bit of Heiwa’s lips.

Verdict: I’m very excited about this release and will be sure to add her to my collection! I can’t wait to have her beside Pullip Eve Sweet on my shelf, I do hope they release an Isul in this line!