The first doll in the new Premium Pullip line has been revealed via Groove’s blog, it’s a new version of the very popular Pullip Kiyomi! Pullip Kiyomi is one of the most popular releases to have come out over the past five years, she seems to have a pretty much universal appeal so it comes as no shock that she would be selected as the first doll to get a new version in the Premium Pullip line.
Pullip Kiyomi Mint Ice Cream Version is set to be released to be in March (April here in the US), she has a MSRP of 19000 yen. The original version of Pullip Kiyomi came out in May of 2012 and had a MSRP of 12000 yen… so the new version is 7000 yen more expensive than the old version. The Premium Pullip line is supposed to have premium materials so hopefully they justify the increased cost. 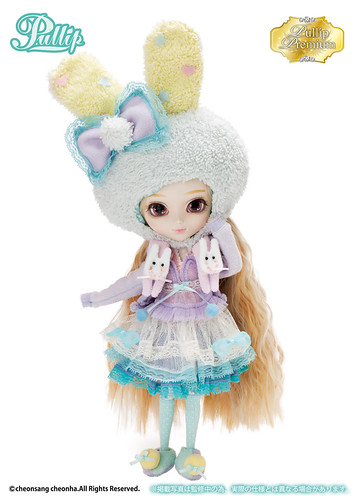 Across the river of soda pop, if beyond the ice of the mountain, there is my Cotton Candy kingdom ♥ Let’s play with Jerry Bear

Comparison with the original version of Kiyomi 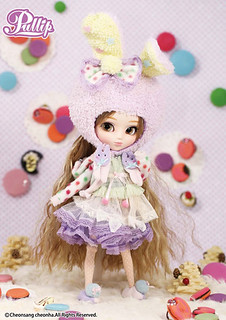 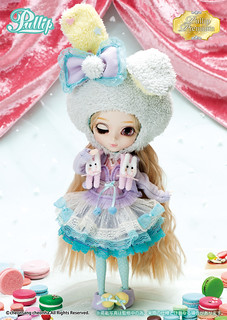 I’m honestly not sure which color version I prefer, maybe the original because of the sweater with polka dots. I really like the blue and purple color scheme, it’s not something that is seen very often with Pullip and I like that the colors in general seem to be a lot brighter and I am absolutely enthralled by the bright blue. 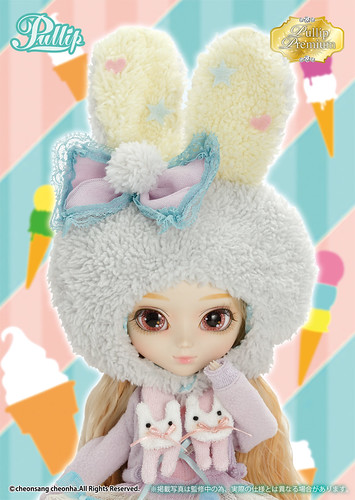 The new version of Kiyomi has the same face up but the colors are a bit paler than the original’s. She still has glitter eyes but now they appear to be more of a bronze versus the gold of the original. 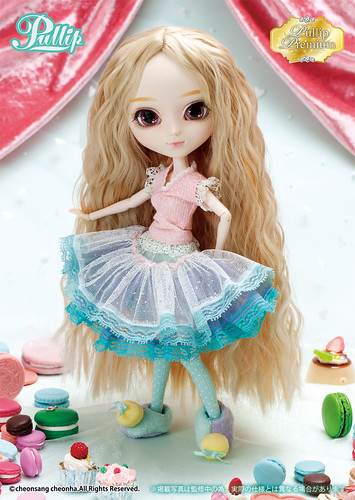 If her wig is indeed two-toned like the original’s then it is very subtle because I honestly can’t tell. The outfit hiding underneath is very cute.

Verdict: I love the original Kiyomi and this version is sure to be popular too, so I’ll likely try to buy her when she is released.