Ai Dolls are tiny ball jointed dolls that were made by Groove (formerly Jun Planning) the same company that makes Pullip! Ai Dolls are approximately five inches tall and are made of ABS plastic ie. not resin, they are also not gendered. They come as full set dolls with a face up, wigs, eyes (closed eye models such as Madonna Lily do not come with eyes), clothing and accessories. They are great little dolls with awesome themes, I definitely recommend them if you are bjd-curious and are curious about bjds but really they make a great addition to just about any doll collection.

Ai Doll Tsubaki was originally released in January of 2013, she was one of the last few Ai Dolls to be released it took me quite some time to even confirm she was actually released as I could not find any photos of her or well proof of her existence. I had felt like she was one of the best Ai Doll designs and really wanted her but she was very hard to find luckily Pullipstyle recently stocked a number of Ai Dolls on their website including Tsubaki. Not only did Pullipstyle now have some of the rarest Ai Dolls but all of their Ai Dolls were priced really reasonably with $50 being on the higher end of the spectrum so instead of her rather robust original MSRP of 15000 yen, I only paid $50 and I couldn’t be happier with her. 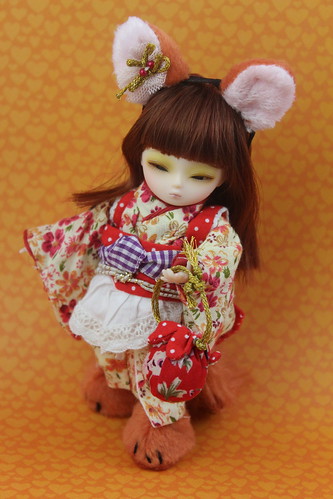 There are four different face sculpts that are used for Ai Dolls, Groove doesn’t label them or really draw attention to this fact so I made up a list of which dolls have which sculpts can be seen here. Tsubaki has the rarest of the face sculpts, it was the last face sculpt to debut and it was only used on three other models: Bee Balm, Holly and Larkspur.

Ai Dolls come with a little mechanism to keep their eyes in place similar to what comes in Groove’s other bjd Pang-ju, the mechanism can also be removed and the eyes fixed in place with the included eye putty if preferred. 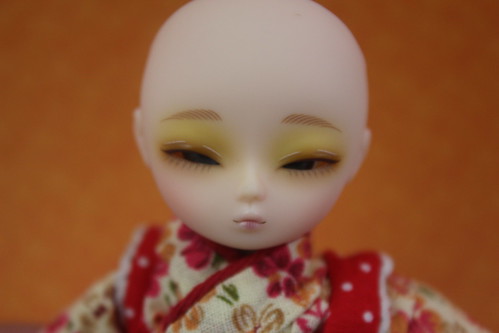 Tsubaki has a really nice face up! I love her eye make up especially the orange eye shadow, those delicate little lower eyelashes are really well done too! Her lips are kind of a neutral shade but it balances well with the rather vibrant eye make up. The brows have a nice shape/style. Although they can not be seen very well because of her face sculpt she does have piercing blue eyes. 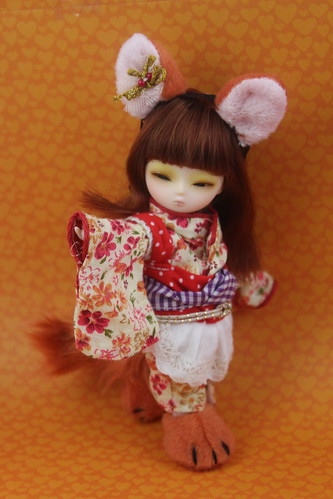 One of the things that I love the most about Ai Dolls is that they often have very whimsical and outlandish themes, if you take a moment to scroll through the release list here you can see everything from a space cadet to a matador, don’t forget the super cute pilot or the cowgirl. Tsubaki is a fox spirit who wears a traditional Japanese kimono. If you would prefer a more traditional girl the fox parts are designed to be removable and she displays very nicely in just the kimono. 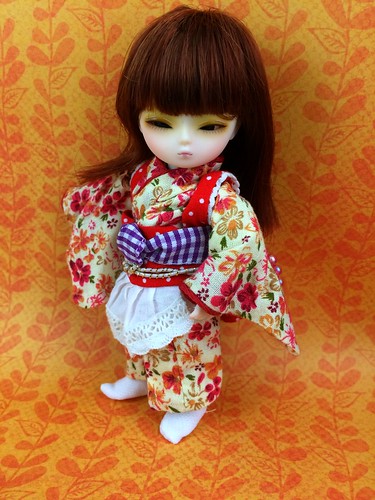 For anyone curious here is what she looks like without the fox accessories, the fox paws are slippers and the fox ears are held on with ribbon and the tail is held on with an elastic. Please excuse the quality of this one cell phone picture, I was unable to find my memory card and I realized I never took a picture without the fox stuff on ^^; 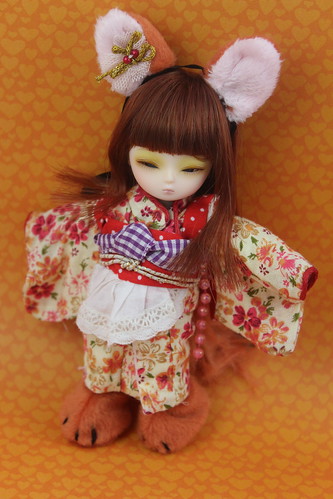 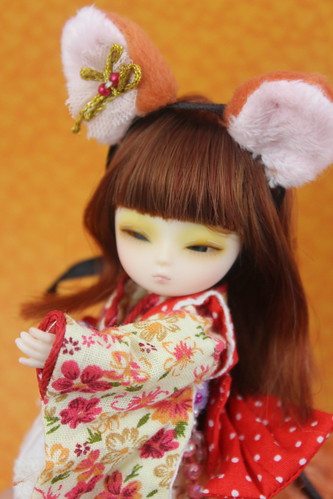 Her wig is really soft and silky. I really love the color which is a nice sienna-ish tone. 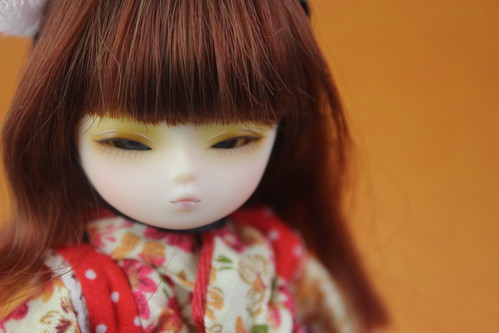 I really love her sly, knowing expression somehow it just seems to suit a fox themed doll really well. In a lot of different folklore, foxes are often portrayed as sly tricksters and well Tsubaki definitely looks the part. 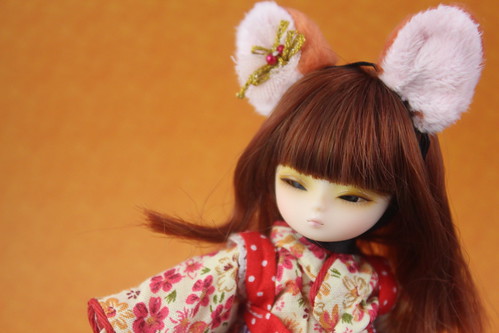 Additional photos of Ai Doll Tsubaki are available on my flickr. Ai Doll Tsubaki is available for purchase on Pullipstyle, make sure to check out their entire selection of Ai Dolls at really awesome prices. I also splurged on Ai Dolls on Zephyr and Camellia so look forward to seeing reviews of them soon too! 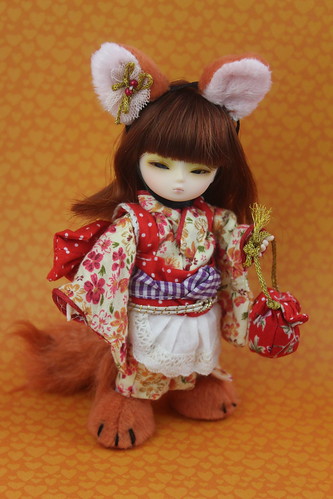