Groove made one other very exciting announcement via their blog last night, they announced the long awaited details concerning Pullip Sailor Pluto’s release!

Pullip Sailor Pluto will be the twelfth doll released as a part of the very popular Sailor Moon x Pullip collaboration line of dolls. We saw a teaser picture of her that was released last week but there were not a lot of details about her release available at that time, Groove has now filled in the blanks she is due for a September release and will be priced at 17000 yen. 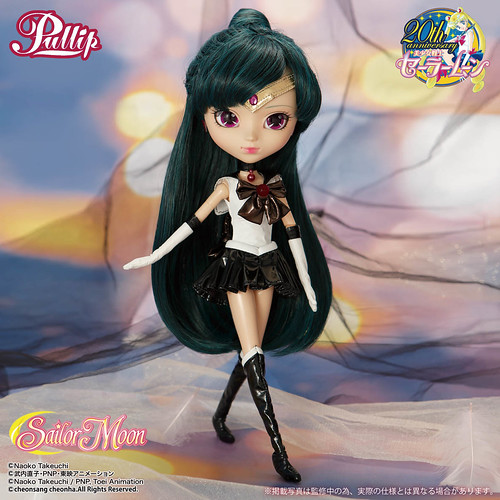 Space-time of the star, it has to protect the Pluto, Soldier Sailor Pluto! 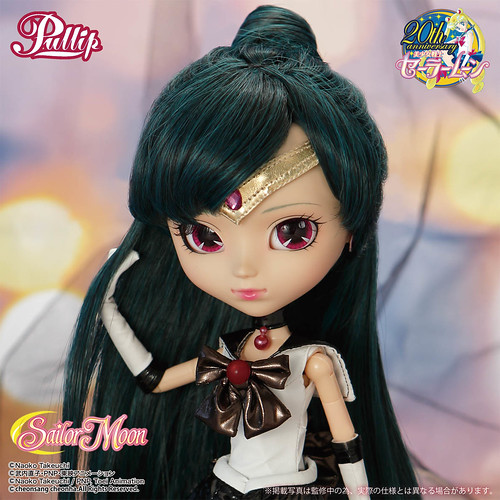 Sailor Pluto is the oldest and most mature Sailor scout, she is the lone guardian of the space-time gate. I feel like Groove did a nice job translating Sailor Pluto into doll form. Her character is supposed to have a bit of a darker skintone compared to the other characters, I would have liked for her to be a little bit of a darker shade of tan but compared to the other super-pale dolls in the series she is going to be quite the contrast! 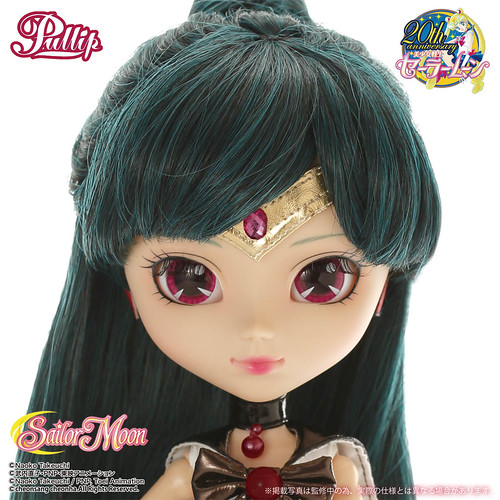 I absolutely love her face up! I’m not convinced that it is the most accurate depiction of Sailor Pluto ever but I think the eye make up/eyebrows suit the character really nicely the only thing maybe doesn’t fit is her lips. The color maybe could have been toned a bit, that being said I absolutely love her lip color. It’s maybe not the most mature choice but it’s a really nice contrast with her skintone and I feel like it really makes her face up pop! 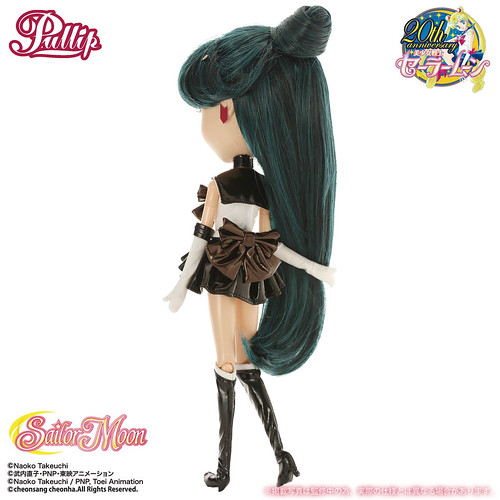 The back view of Sailor Pluto, honestly some of the hairstyles don’t really translate that well to Pullip but I feel like Groove really put some effort into recreating her hair style. It’s also nice to see she has her correct earrings. 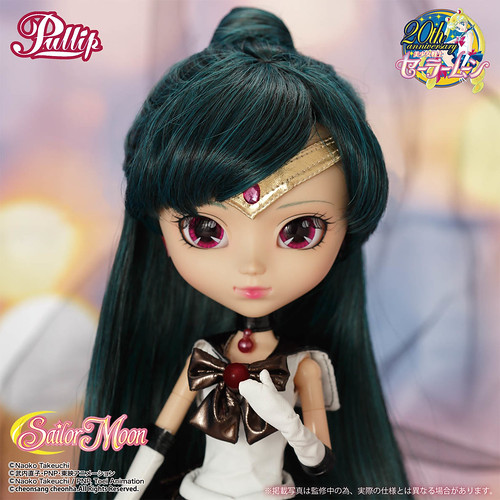 She does not appear to come with her time-key staff which is honestly a bit disappointing but considering that very few of the dolls have come with very much in the way of accessories it’s not really a surprise. I realized that if Groove had made a time-key it would more than likely be only available with the Bandai exclusive version, it seems they went in another direction for that this time…

Bandai seems to have a stranglehold on licensing the rights for Sailor Moon merchandise, so it doesn’t come as much of a surprise that there is once again a bonus item exclusive to Bandai’s shop. The exclusive version is priced at 20000 yen and can be preordered here via Bandai’s shop. The outfit this time is Sailor Pluto’s civilian identity Setsuna’s outfit. 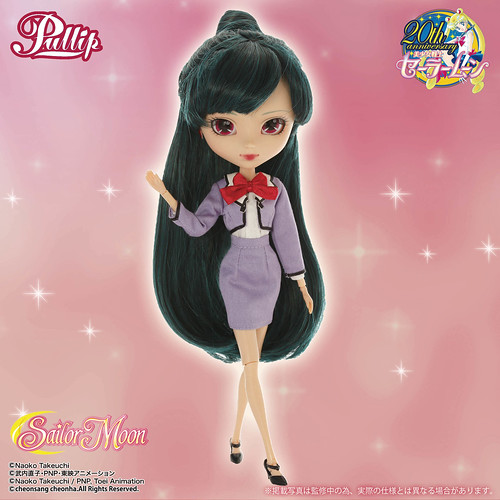 The fact that this outfit is exclusive to Bandai’s shop is really painful because I actually really love the business suit, I think it’s quite smart and really suits her mature style!

I’ll be sure to update when Sailor Pluto is available for preorder via Pullipstyle and JPGroove.