Avast ye mateys, let me tell you the tale of the fearsome Pullip Rovam. Pullip Rovam was part of the booty I plundered from Groove’s Sample Sale. Rovam hails from ye olden day of Pullip, in fact next month will mark the tenth anniversary of her release! In order to celebrate her arrival as well as her impending anniversary, I decided to take her along with me to go for a tour of the El Galeon, as what could be a more perfect setting for photos of the scurviest of all Pullips?  The El Galeon is a  wooden replica of a Spanish 16th century galleon, it recently visited New London which is local to me. 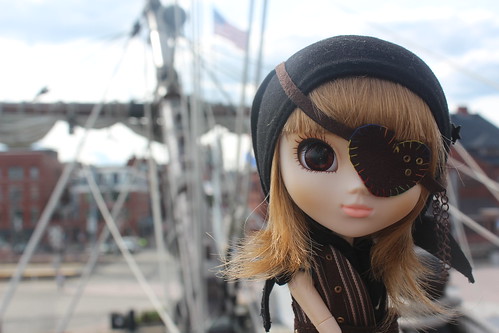 Let’s set out seeking for coming treasure!! My dream is huger, and is deeper than the ocean… Feel like this. Part of the reason I chose to do this post besides having the perfect setting for the photos is that older Pullip releases sometimes get overlooked with the flood of new releases, the classic Pullips need love too! Pullip Rovam is one of my top five favorite releases of all time, of course Papin is number one the other dolls in my top five are Pullips, Paja, Prunella and Froggy (notice how only one of those is a newer release). 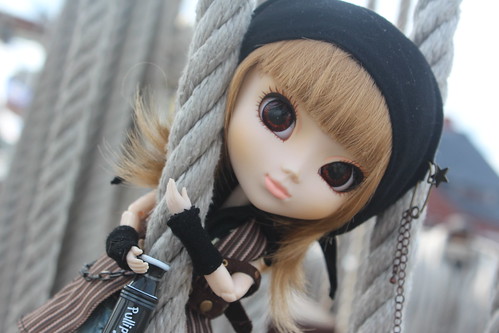 As I alluded to earlier in this entry Pullip Rovam was released in September of 2005, it’s hard to believe she is almost ten years old now. She had a MSRP of 8000 yen. A somewhat interesting fact about Pullip Rovam is that though she was pictured in some early promotional shots on a type 2 body she was actually one of the first type 3 Pullips. I lack box shots because I got her from the sample sale but she should come with a metal Pullip stand and a collector’s card. Rovam is an older doll so she is sold out and somewhat hard to find these days, you will not find her on Pullipstyle you will have to scour eBay and the like for her. For a doll of her age, Pullip Rovam was in remarkably good condition no staining, her eyes are still bright (eye chips can dull over time) and she had virtually no yellowing. 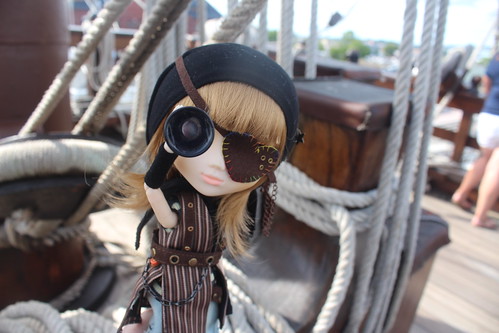 I see you! Rovam comes with a telescope to help her keep an eye out for danger on the open seas as you never know where peril lurks! 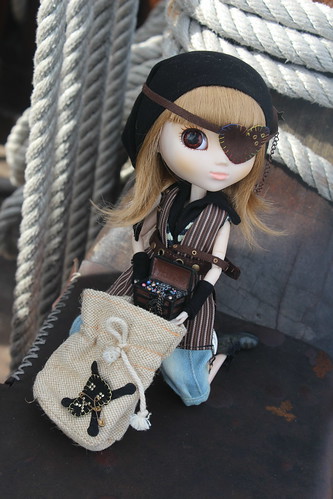 In addition to the telescope, Pullip Rovam comes with a small treasure chest as well as a bag to carry all of her loot. 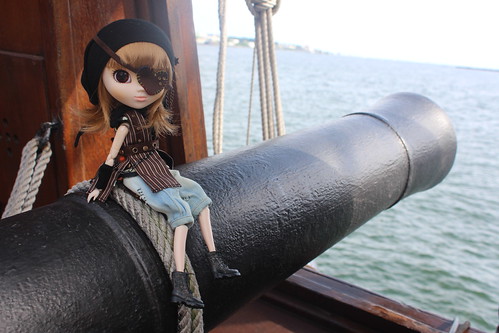 Fire! Rovam was quite delighted by all the heavy artillery. 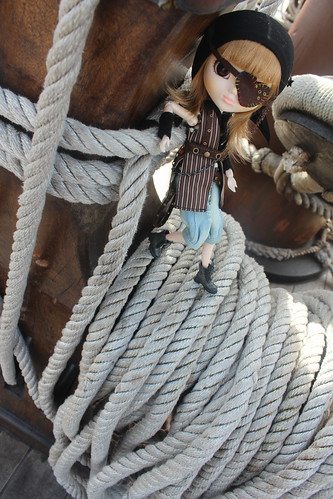 Whoa lost my sea legs there for a moment! I used to go out on a boat pretty frequently, I had not realized how long it had been since I was on a boat until I had to steady myself several times even though the boat was tied up at the pier so this shot is dedicated to that. 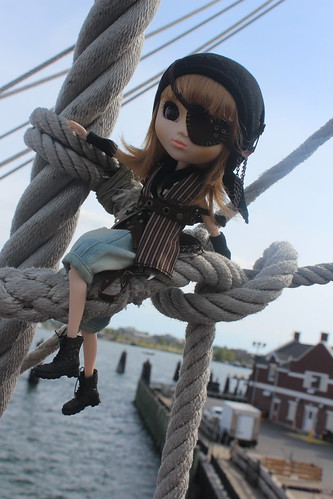 Rovam is quite the fearless captain, she’s not afraid to climb up the rigging of the ship herself. 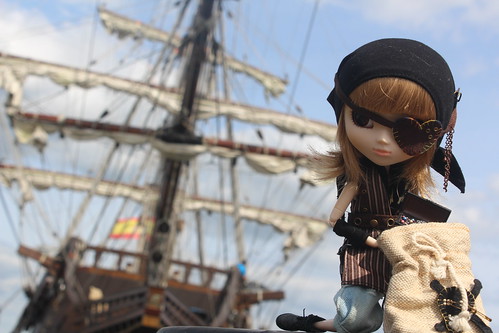 Rovam seems to be making a swift retreat with her ill-gotten gains so I hope you enjoyed my post!

Like Loading...
This entry was posted in Pullip and tagged el galeon, pirate, Pullip, rovam. Bookmark the permalink.