Groove recently announced the details for the release of Pullip Luna via their blog. Luna’s full model name has been revealed as Luna the Moon Princess Lover Version, I will continue to refer to her simply as Luna as her proper title is far too long to keep repeating. Luna will be the eleventh doll released so far in the wildly popular Sailor Moon x Pullip collaboration. She will be released in August in Japan, she will be released a month later here in the US. She has a MSRP of 18000 yen. 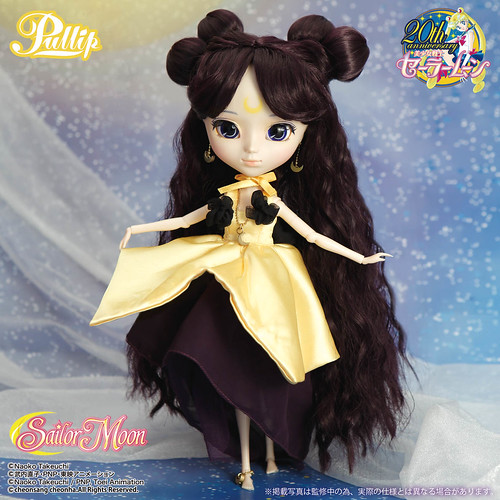 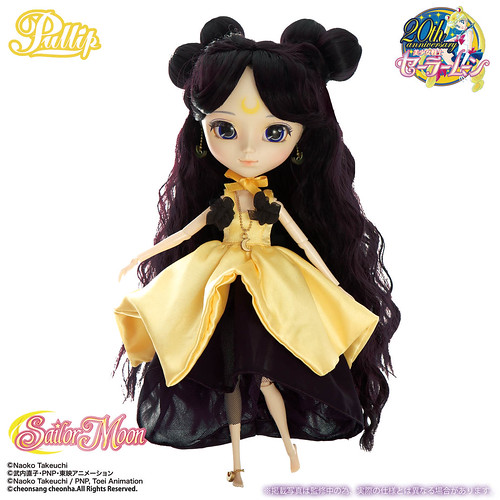 I think that the human version of Luna’s character design makes a wonderful transition into Pullip  forum though I wish that they had chose a slightly more flowy material similar to Princess Serenity’s gown for the top/yellow part of Luna’s dress. It was definitely a surprise to see her get chosen to become a doll especially since she is such a minor character (the human version I mean), I definitely thought we would see Pluto or Saturn as the next doll in this collaboration. 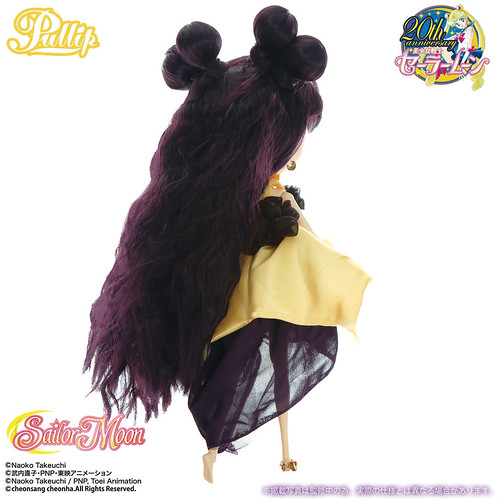 The back view of Luna’s dress and hairstyle. I’m sort of intrigued by the engineering required by such a hairstyle, I find myself wondering how well something like that can be mass produced. Also something sort of interesting of note, Luna joins the very tiny club of Pullips that do not come with shoes which consists of herself, the My Select Pullips and Nahh-ato. 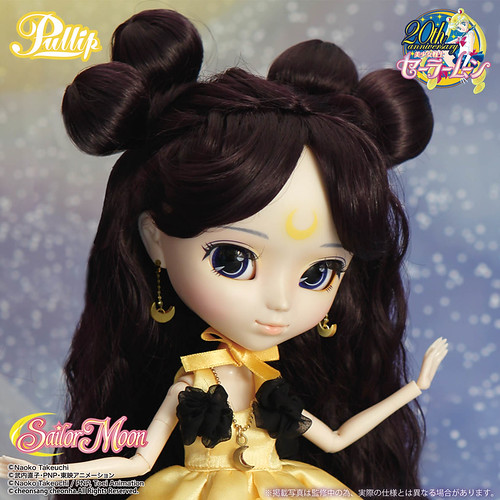 I really love her face up, I kind of wish that they had done a little more of a cat style eyeliner for her but she definitely fits in nicely with the rest of the Sailor Moon dolls’ face ups. I really love her blue eyes!

Bandai is the parent company of Sailor Moon, so it comes as no surprise that they once again have an exclusive version of one of the dolls available only their webstore. The Bandai Premium version of Pullip Luna comes with an extra hair accessory which while cute doesn’t strike me as a major loss or worth the extra effort of going through a shopping service to order her via Bandai Japan. The premium version of Luna has the same MSRP of the normal version so at least there is not a significant cost increase like there is for the Sailor senshi’s school uniforms. 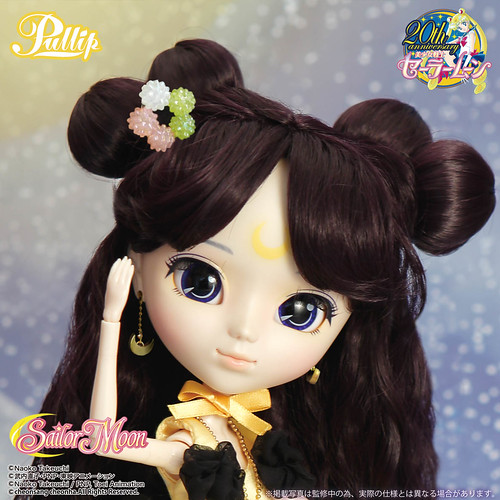 The hair accessory is quite lovely but so not the worth the extra effort for me, at least.

Of course, I will update here when Luna becomes available for preorder via Pullipstyle/JPGroove.