Midnight Deja Vu was released in May of 2012. He has a MSRP of 12000 yen. He has actually been with me for a while, he was actually a Christmas present that Mr. Klein had bought me from Pullipstyle (Fraulein too though I still haven’t introduced her yet). I don’t tend to fancy the boy dolls as much as the girl dolls so their purchases tend to be few and far between but Midnight Deja Vu had been on the top of my wishlist for a while. 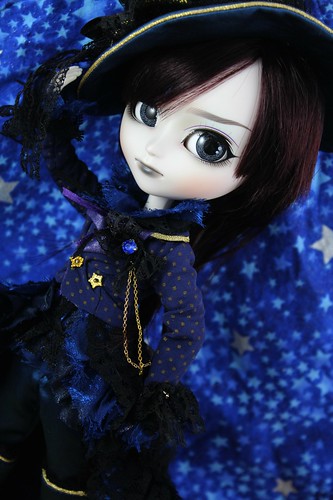 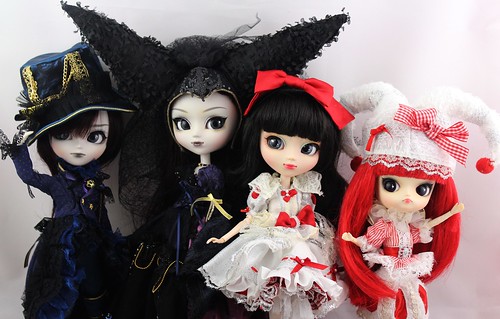 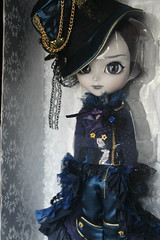 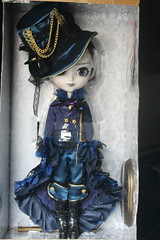 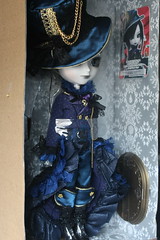 Midnight Deja Vu’s stock is nice quality, I was really impressed with it. His hat and jacket were particularly impressive, I love all the lace and ruffles and it’s just really nicely detailed. I feel like the boy needs a cane to go with his fabulous stock, a cane would have made a great accessory for him. He does not come any accessories besides his hat unfortunately, he does come with the standard stand and card though.

The style of his wig is bit wild, almost like like artful disarray. Despite the style being a bit untamed the wig itself is soft. 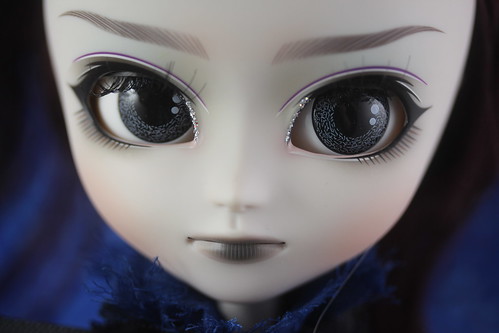 Midnight Deja Vu has a great gothic face up. He has touches of color on his cheeks and a bit of dark purple eyeliner and very faint shadowing around his eyes not to mention glitter eyeliner, I do believe he is the only Isul with glitter eyeliner. His eye chips are a bit unusual, at first I wasn’t really sure if I liked them or not but they really grew on me. 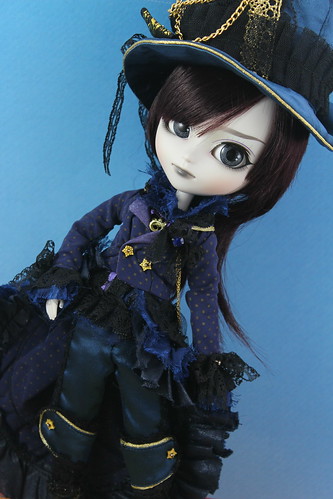 I can’t get over all the ruffles, I especially love the deconstructed collar. 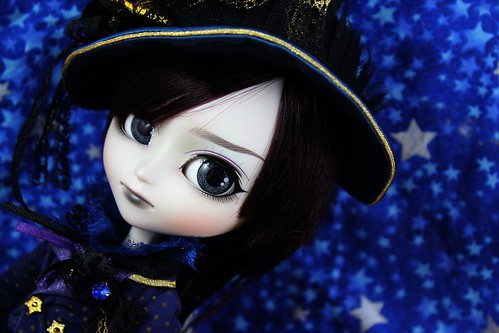 I really love the somewhat fancy but also very sinister vibe he gives off, he definitely stands out as one of the Isuls with the most personality to me. I think he may just by my favorite Isul. 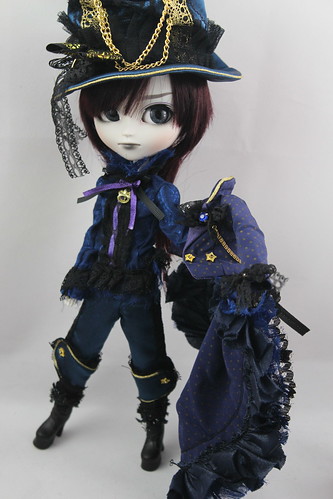 The shirt underneath his jacket is really nice, you can’t really see it as well when he has jacket on but I love his little crown neck piece. 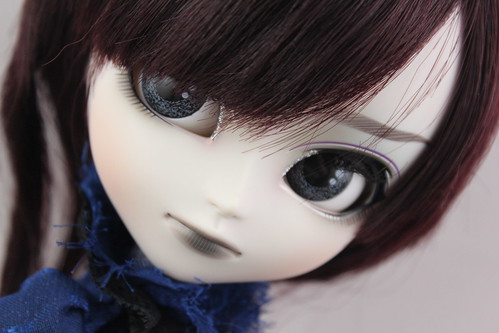 He certainly is a striking lad! 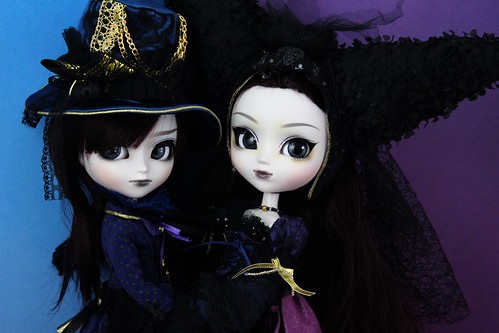 Midnight Deja Vu and his other self, Midnight Velvet. They complement each other beautifully. 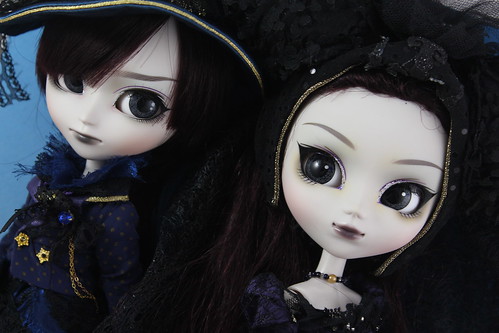 These two would make a great gothic brother and sister pair. Their face ups/skintones are really similar to one another’s. 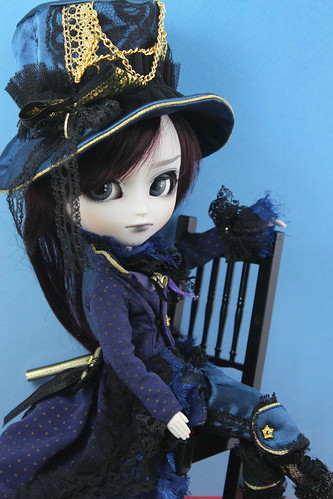 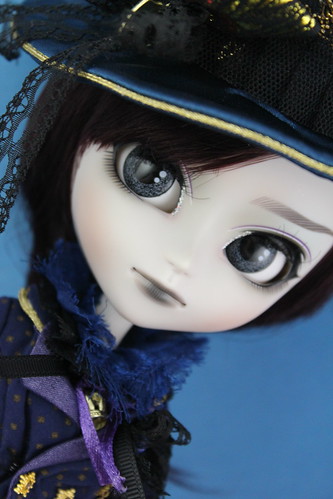