I’ve fallen way behind on getting things written up as they have been announced here, so in the interests of trying to get myself caught up I’m going to post about newer releases with a bit more brevity than usual. I definitely don’t want to skip or fail to acknowedge releases but I’m still injured/have one arm in a sling so typing is a bit more physically taxing than usual so shorter posts highlighting the newer releases is my compromise.

Anyway on with the show!

I previously wrote about Pullip Etoile Rosette Version briefly here, at that time it looked like she might have been a limited doll like the original Etoile but now it just seems as though she was the standard release for June in Japan (released one month later here in the US). Etoile Rosette Version has a MSRP of 20000 yen which is about $189.20 as of this writing, she is stock and available to purchase via Pullipstyle, JPGroove and Groove Rakuten.

I was initially excited about the release of Pullip Etoile Rosette Version especially since I had enjoyed the original version of Etoile but I ended up hesitating. This release is a recolor of Pullip Etoile while there have been a lot of recolored releases over the years that I have enjoyed, I find myself wishing that they had made more of a dramatic departure from the original release in this case. 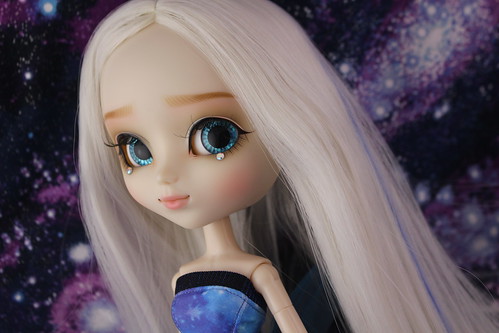 If you missed last year’s limited release Etoile and regretted it, she would be a great candidate to add to your collection or if you Pullip Etoile in your collection and enjoy dolls in multiple colorways she would probably look great on the shelf next to Etoile. While I’m sure I will end up buying her eventually, with so much other stuff coming out right now she is not a priority for me. This would be a good opportunity to convince me with photos of yours that I need her right now!