We now continue with part two of our series of Klein desperately trying to catch up here while not further trying to aggravate her rotator cuff injury!

This post will focus on Pullips Jeanne and Cosmody who were released in July in Japan and will be releasing hopefully some time later this week here in the US. I’m very excited about both of these releases even though really the two of them couldn’t be further apart in terms of theme while Pullip Jeanne is a military lolita, Pullip Cosmody looks like a futuristic pop idol with a space theme. 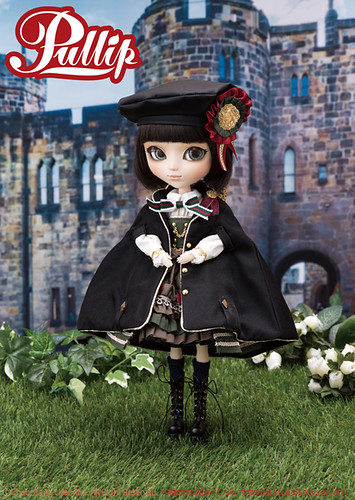 Pullip Jeanne is the first of two dolls that were released in July in Japan and that will be released here in the US very soon. She has a MSRP of 20000 yen which is about $189.20 as of this writing.  She is already sold out via Groove Rakuten, Pullipstyle still has her available for preorder via their website and I’m told they are expecting their stock some time in the coming week (she is also available as a part of a combo with Pullip Cosmody who she released alongside- link). 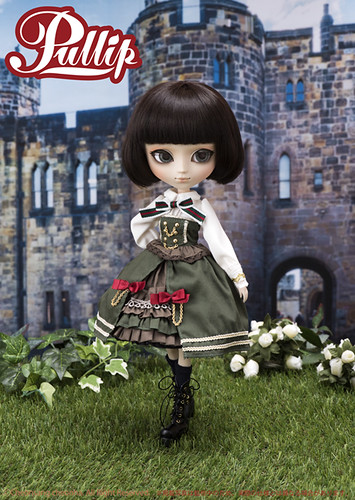 Pullip Jeanne has a military lolita theme, I have to say that Pullip has really stepped up in terms of variety in their releases this year as this isn’t really a theme we have seen on Pullip before (though J-doll Via Appia would probably fit in well next to her). Her stock looks nicely detailed and like a lot of care was put into designing it and she even has what appears to be made to be nicely made boots to complete her look! 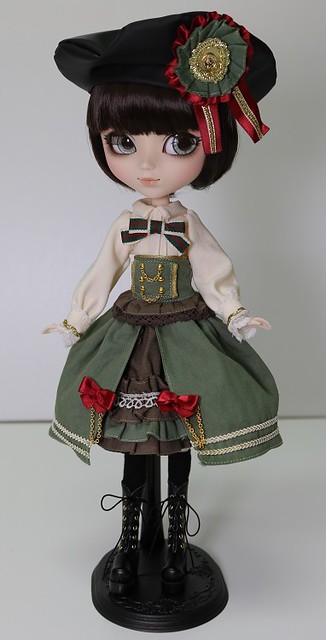 Groove posted some photos of Pullip Jeanne out of the box on their blog, I was excited for her just having seen the promotional photos but she really shines that much more in these photos. I hope Groove continues to post photos like this in the future on their blog as they really give you a great sense of the doll.

The only aspect of Pullip Jeanne I’m not completely sold is the choice of eye chips, I’m not a big fan of the realistic eye chips on Pullip in general while I understand they were probably going for a more natural look with Jeanne I’m not overly fond of them on her. Maybe I will like the eyechips better in person? I do overall really love this design. 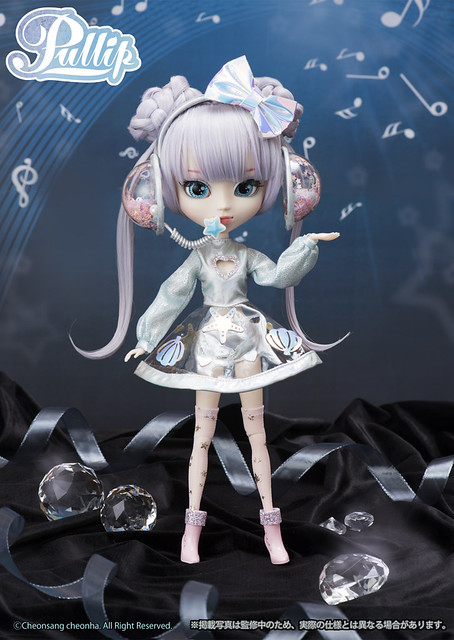 Pullip Cosmody was the other Pullip released in July (August here in the US), she also has a MSRP of 20000 yen which is about $189.20 as of this writing.  Cosmody is already sold out via Groove Rakuten, Pullipstyle still has her available for preorder via their website and should be expecting their stock very soon (she is also available as a part of a combo with Pullip Cosmody who she released alongside- link). 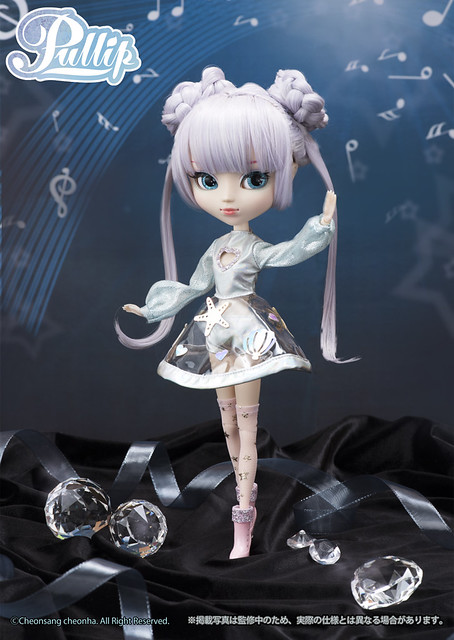 Every time I look at pictures of Pullip Cosmody, all I can think of is how much she reminds me of a 1960s vision of the future would look like, her design definitely has some mod-like influences in addition to more futuristic influences. Cosmody has bubble pop electric type of vibe! 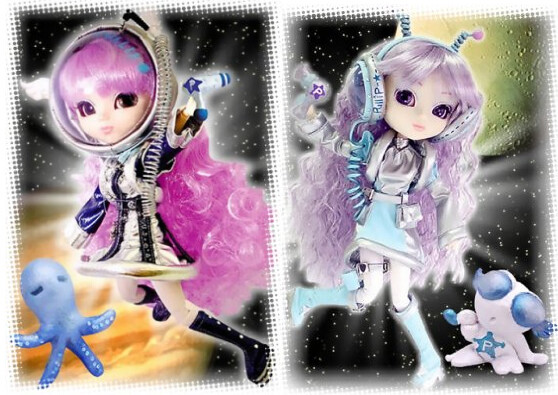 Cosmody’s design is a bit reminiscent of beloved classic Cosmic Pullip releases Mercu and Jupi but she also seems like an update to their design that being said while I love the Cosmic twins, they are nearly 15 years old now and they haven’t physically held up well.  Mercu’s headphones especially have been known to fall apart, Cosmody also has somewhat similar headphones while it’s way too early to say if they too will be prone to issues over time I will say that Mercu’s headphones were pretty easily repaired with loctite glue. 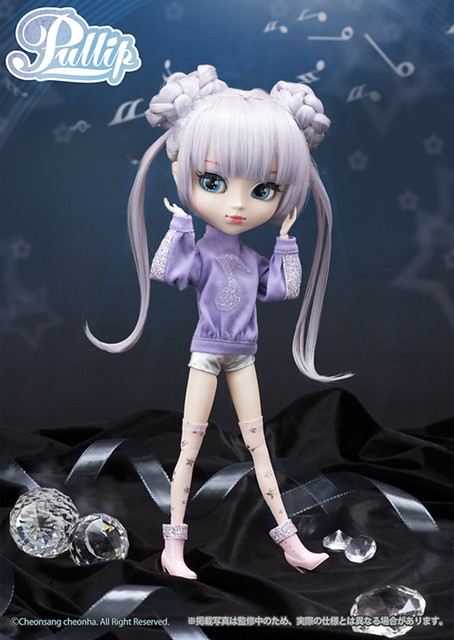 In addition to her futuristic space dress, Cosmody also comes with a sweater featuring a musical note in glitter to further reinforce her pop influence. 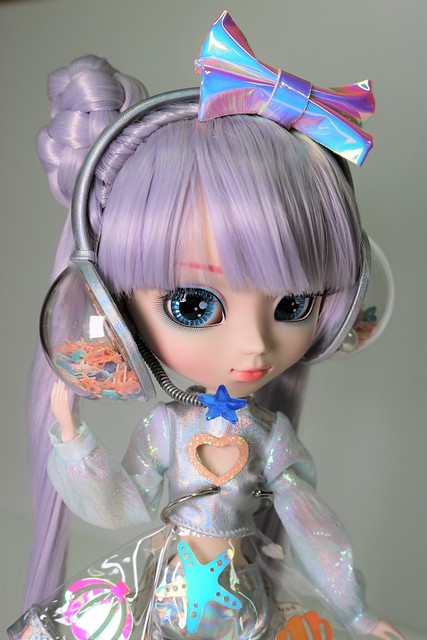 Groove also posted deboxed pictures of Pullip Cosmody on their blog, this one of many shots featured there but I love how this shot in particular highlights how colorful her face up is! It is does look like her design may have changed up a little bit most noteably the peekaboo heart cut-out no longer has a silver trim but a peach one instead. 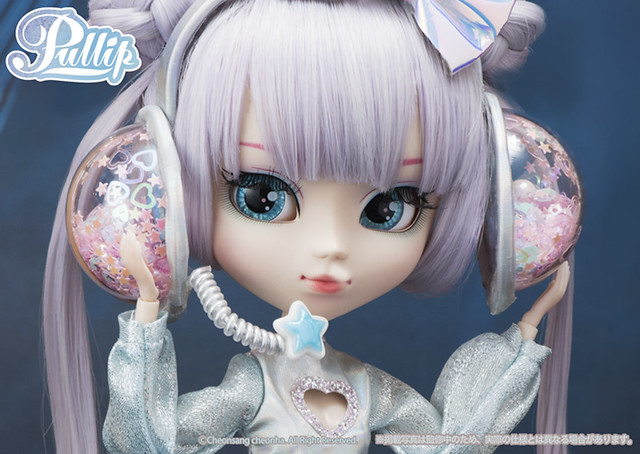 Cosmody reminds me of an intergalatic version of Papin a bit. I really love how bright and cheerful she is!

Cheers to Groove to giving us such awesome but very different releases this month!