Once you’ve fallen out of the habit of doing something it can be difficult to know where to begin again, while I have continued to work on stuff behind the scenes here I haven’t really made a proper post in a while. Yesterday, I went to the park and took along my recently acquired Isul Kazuya Kujo for photos he’s such an overlooked gem that I figured that posting a review of him would be as good spot to start as any.

Isul Kazuya Kujo was one of two dolls released as part of a collaboration with the Gosick series, a Pullip of Victorique was also released. The Gosick series began life a light novel series before becoming a manga series and eventually an anime series as well. Set in the 1920s at an elite academy, Kazuya Kujo is a new transfer student who ends up befriending the rather eccentric Victorique and they end up solving many different criminal cases/mysteries together (note this is an extreme distillation of the plot).
Isul Kazuya Kujo and Pullip Victorique were released simultaneously in March of 2012. While Victorique sold out relatively quickly Kazuya Kujo seemed to linger in stores for longer for so long that I didn’t prioritize buying him which was a mistake as when he finally did sell out I deeply regretted not buying him especially since I love the anime. I was extremely fortunate to recently be able to add him to my doll family. 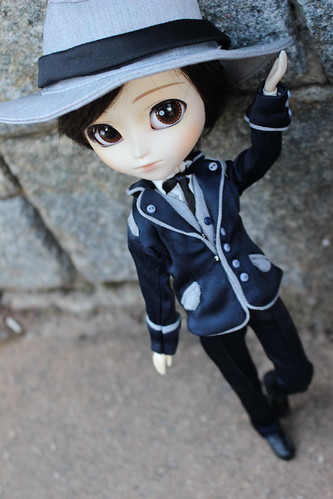 I intentionally chose just to highlight Kazuya Kujo himself in this review because Victorique tends to outshine him and I felt he deserved a moment in the spotlight by himelf, I will eventually post some pictures of him with Victorique.

Isul Kazuya Kujo in the box. 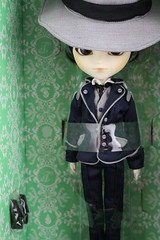 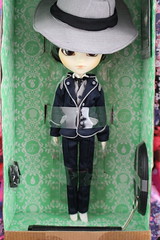 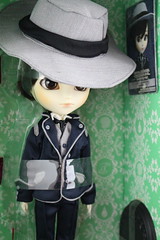 First impressions of Kazuya Kujo in the box…. oh my goodness, the hat! Why did I wait so long to get him?

Kazuya’s body came wrapped almost entirely in plastic to help avoid staining which while removing the plastic wrap is always a bit of a pain is better than an extremely stained doll just out of the box. I was overall very happy with the quality of his stock outfit, I feel like he is perhaps a little light on accessories but unlike Victorique and her iconic pipe I kind of struggle to think of what an appropriate accessory for him would have been. My only real complaint about him is the wig, the quality of which was a little disappointing but it’s definitely not the worst Groove wig that I’ve handled. 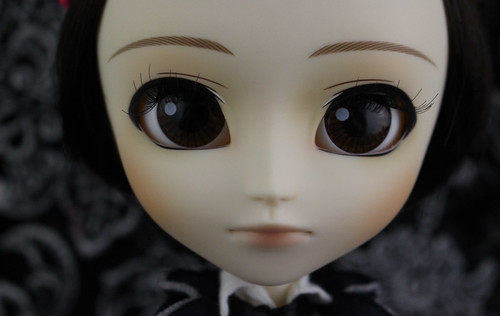 Kazuya has a stylized anime face up, I feel that it’s not only a good representation of the character but that the face up overall really suits the Isul face sculpt. I’m particurly fond of his lips, the coloring of which is very soft. 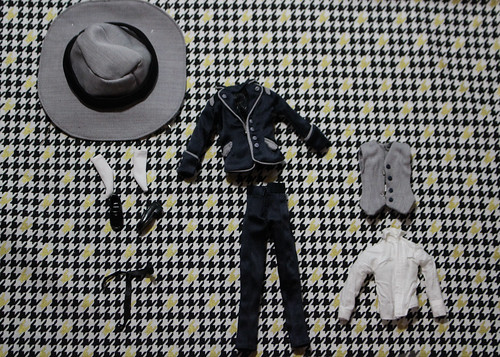 Isul Kazuya Kujo’s stock outfit consists of a suit jacket, shirt, pants, tie, socks, shoes and hat all of which are pretty accurate to what he wears in the series so I feel that a lot of attention to detail was paid to recreating his iconic look from the series. 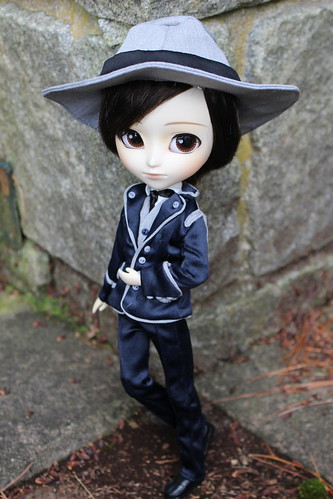 I really feel like justice was done to the character and the doll is very true to him. 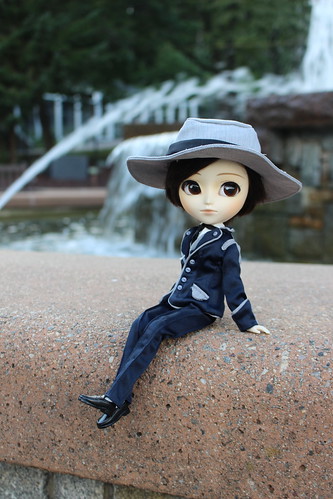 I love that he seems to have an almost gentle presence. 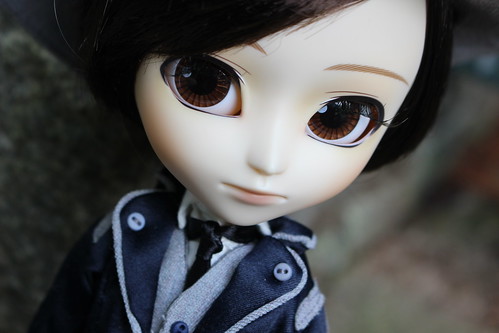 Such a wonderful face up and those eyes are just phenomenal! 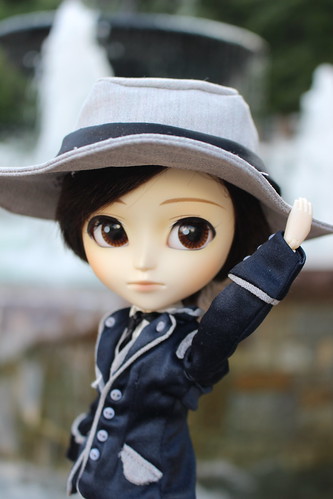 Whether you are a fan of the Gosick series or just of Isuls in general, Kazuya Kujo would make a great addition to just about any collection. Some additional photos of Kazuya Kujo can be found on my flickr. 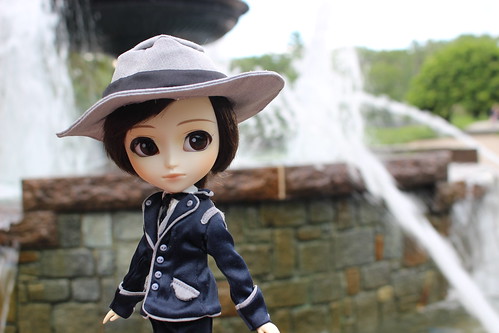 Please excuse the brevity of this post, I recently managed to blow out my left rotator’s cuff which means I am currently in a sling while I can achieve a great many things one handed (including most of the photos in this post) typing is still a tricky endeavor. The photos of Kazuya kind of standing in front of the fountain were amongst the trickiest to get!