Groove has announced the third Pullip in their new Premium Pullip line via their blog tonight. The Premium Pullip line is new from Groove, they are releasing dolls based on older fan favorite releases but that will also incorporate new designs and colors as well as high quality materials for outfit the line launched with a new version of Pullip Kiyomi, the second doll in the line is the upcoming Monochromatic Romantic Alice and the newest doll is Veritas Deep Crimson Version. 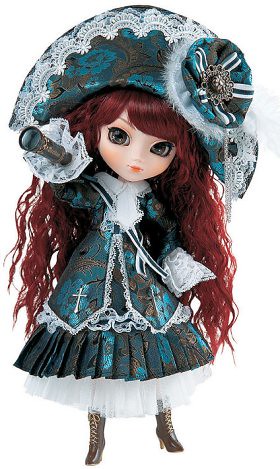 Before we talk about the new release let’s back up a little and talk about the original version of Veritas…. the original version of Veritas was released in November of 2007, this was back around the time I was just starting to collect Pullips and was primarily focusing on the Rozen Maiden collaboration series and was not really interested in collecting Pullips outside of the series. The original version of Veritas was so gorgeous that I decided to buy her anyway. The original release had a MSRP of 10000 yen. At the time of release she was somewhat overshadowed by the extremely popular Pullip Prunella who came out a month later but she still sold out fairly quickly. I remember that even by like 2010 she was already becoming somewhat hard to find as one of my friends was looking for her and having trouble even then. 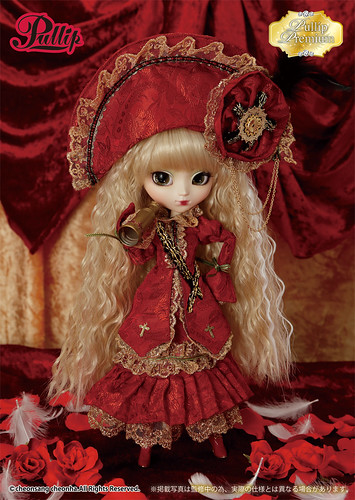 The new Premium version of Pullip Veritas will be released in June and has a MSRP of 20000 yen. While the MSRP is considerably higher than the original’s it is important to remember that it has also been almost ten years since the originals release and production costs for just about everything have only risen since then. When the Premium Pullip line was announced I honestly expected most of the dolls in the new line to be based only on newer Pullips like those released post-2009 ( when the type 4 body started) but I am happy to see some of the much beloved older releases are getting some love and attention as well. Pullip Veritas was a great release so I am thrilled about this new version of her. 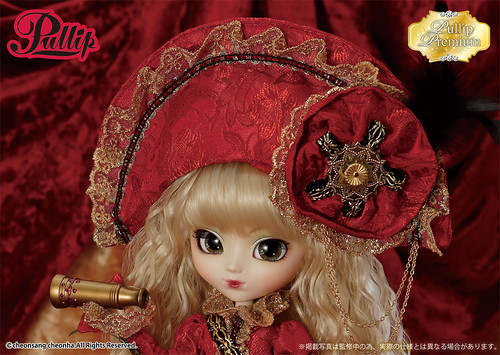 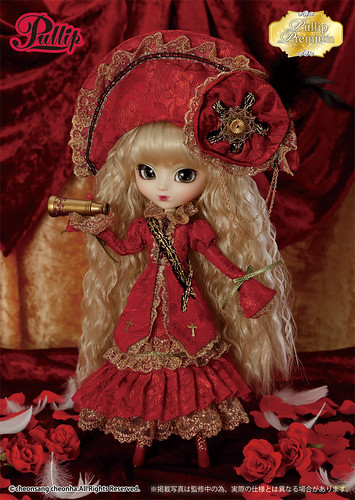 While the original version of Veritas is a classic, I have to say that I absolutely love the new crimson color scheme! Somehow the red seems very befitting such a well dressed pirate, perhaps she got so sick of trying to wash the bloodstains of her enemies off of her outfit she gave up and chose an outfit that the blood would just blend in? 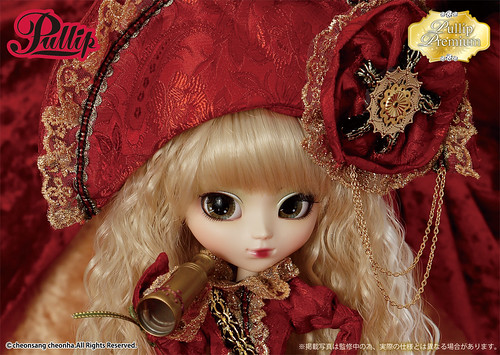 The Crimson Veritas comes with a glorious bi-corner hat with real chain detailing, the decorative piece on her hat (hat pin? I’m not sure that’s the right term) appears to be metal as well. She also comes with a telescope so she can spy ships off the port bow. 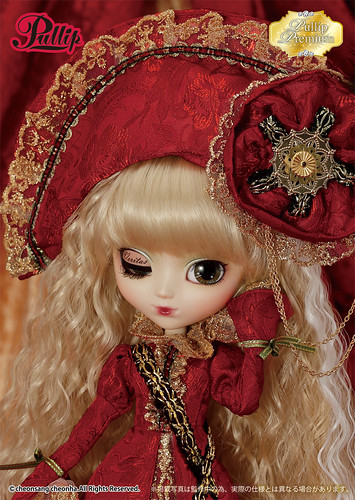 There is detailing on the eyelid that was definitely not present on the original, her name “Veritas” is on her eyelid. Veritas is Latin for truth, not a virtue that pirates are particularly well known for. 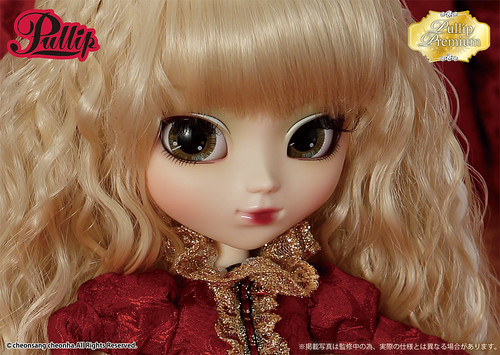 From what I can see here the face up looks pretty similar in style to the original’s the eye make up looks the same though the eye chips are now a different color (the original had brown eyes). The lips are also a departure from the original, on the original they were kind of a peachy orange on the new Veritas her lips are a rich crimson which matches the rest of her beautifully even her blushing seems to have a bit of crimson in it. 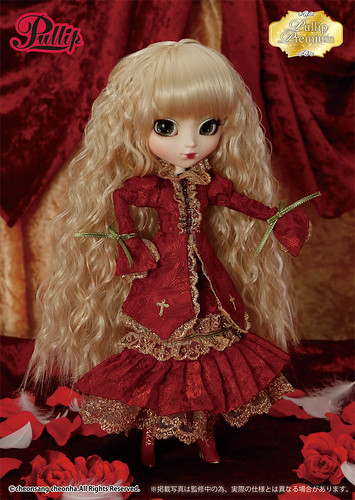 The brocade print is a bit more subtle than the original’s brocade print but I think the print suits the color better than a more bold print would I think it be too busy especially in this color scheme. I love all of the golden lace. 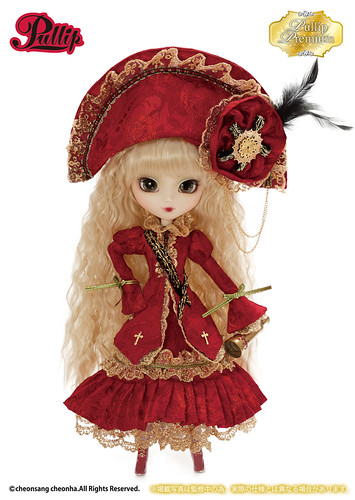 The red hair of the original was one of the things that really made her stand out, I know the red hair would not really work with the new version’s outfit but I feel like the blond was a good choice for her though if I had my choice I think I may have gone for black. The blond does provide a nice contrast to crimson. 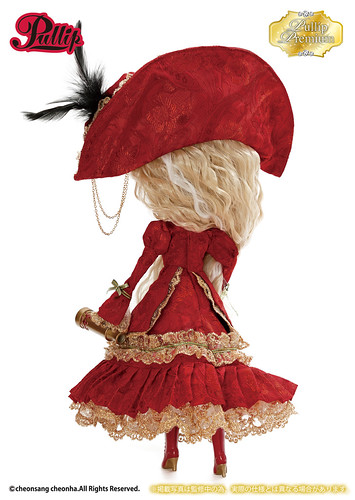 Back view of the outfit for anyone curious. 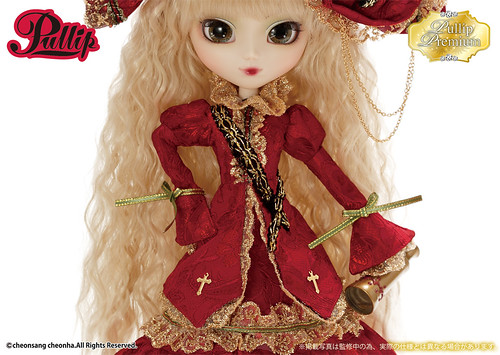 I will be sure to update when she becomes available for preorder in the usual places.