Poor overlooked Byul, she really doesn’t get the appreciation she deserves so I decided to start this year off with a review of one of the earliest Byul models Pollon. Byul Pollon was the second ever Byul model to be released, she was released in May of 2009 and she had a MSRP of 10000 yen. 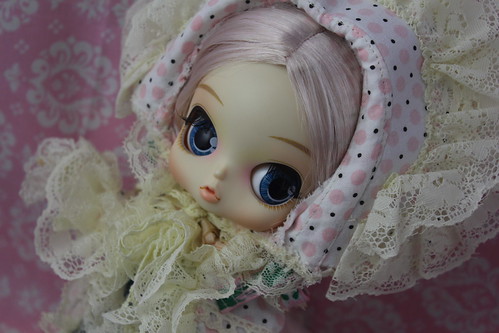 Byul Eris had been the debut model of Byul, honestly I’ve always had a hard time remembering which one was which as I had never owned both of them concurrently before so I was never able to compare them in the flesh so to speak,  it didn’t help that both dolls had pastel colored stock with lots of lace and ruffles. The two just kind of blended in my mind under the blanket term “early Byul”. 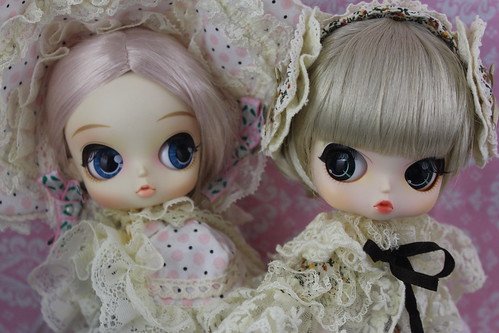 I purchased Byul Pollon via JPGroove’s sample sale and then I purchased Byul Eris alongside Isul Milk Tea in one of their value sets a few weeks later so finally after all these years I had the two side by side so I could compare them. I have to say they are a lot more different than I anticipated! Eris is much more of a Mori themed girl and her face up has somewhat harsher colors than Byul Pollon’s. Of course, I still mix up their names from time to time I just have to keep on reminding myself that pretty Byul Pollon has surprising amounts of pink. I think it was kind of a disservice to Byul that these two models were released back to back as a lot of people ended up overlooking both of them because they appear to be so similar at first glance. 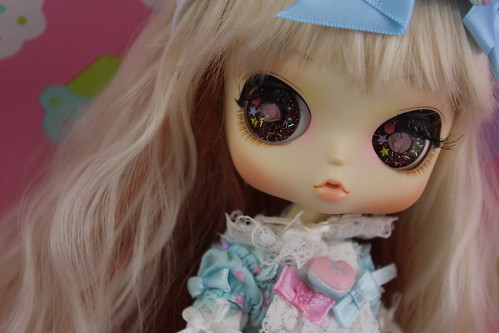 It’s a shame that Byul Pollon was so overlooked as even if you don’t care for her stock look she has tremendous potential outside of it. This is Lullaby, she is a Byul Pollon who has been rechipped (with custom resin Blythe chips), rewigged with a Make It Own Pullip wig and redressed in the Angelic Pretty Decoration Dream sax outfit set. Of all the Byuls in my collection, she is my favorite. There are more pictures of her on my flickr.

Now let’s take a closer look at Byul Pollon as a stock doll. As she was purchased via JPGroove’s Sample Sale, I unfortunately have no in box photos of Byul Pollon to share but I can say that she would normally come with a yellow plastic stand. 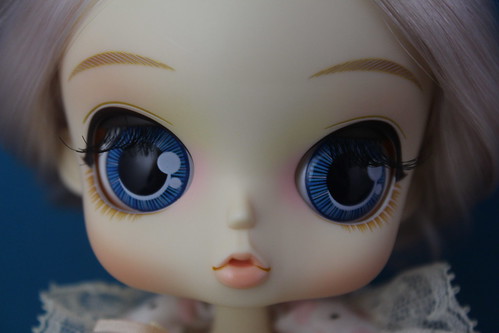 Byul Pollon’s face up is really quite nice, she has some nice really subtle pink and hints of yellow shading in her eye make up which really makes her striking blue eyes pop really nicely. I also really like her eyebrows, I tend to prefer dolls with bangs as I can be really picky with eyebrows sometimes but she is one of the few dolls that I feel doesn’t need bangs. She has pale peach lipstick. 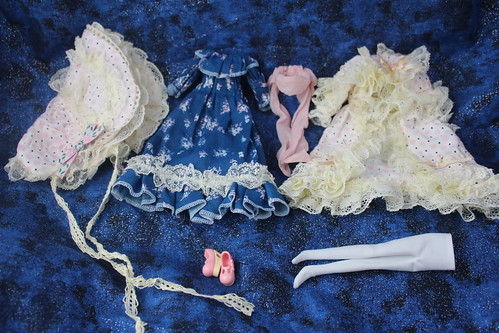 Byul Pollon’s stock consists of  a dress, over-dress, sash, bonnet, tights and shoes as well as a petticoat that I forgot to include in the photo ^^; . The overall quality of the stock outfit is nice though I feel like some of the details get lost in all that lace and ruffles. The bonnet is oversized which adds a little bit to the baby doll vibe of Byul Pollon. I love the contrast of the blue dress against the pale cream and pink of the rest of her stock outfit.

My first impression of Byul Pollon when she arrived was “WOW, she is really PINK” her wig which I had always just kind of assumed was blonde or perhaps grey is actually pale pink and it is quite striking in person. The quality of the wig was also surprisingly nice, it’s very soft and silky. 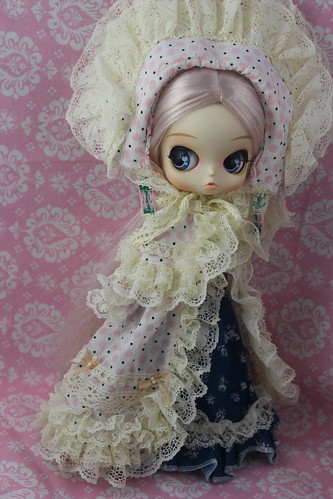 The bonnet threatens to overwhelm poor Pollon! The way it frames her face reminds me of a flower with the bonnet being the petals, in fact when I uploaded photos to flickr it initially tried to auto-tag my photos of Pollon as flower and bouquet. 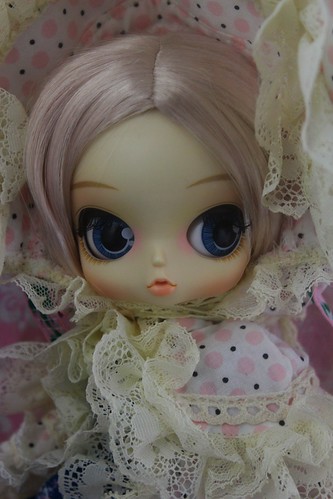 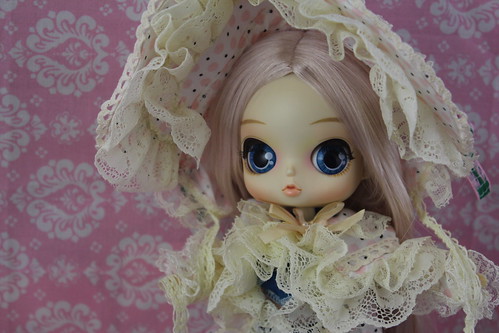 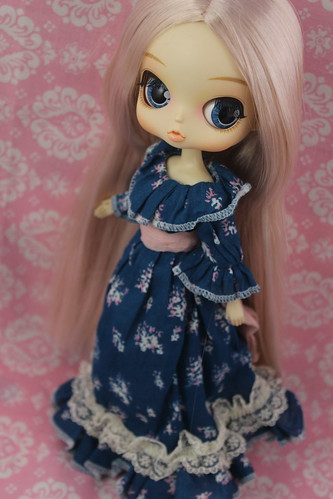 I was surprised by how nice the dress hidden underneath all the lace and ruffles of the overdress/robe really is, Groove could have been cheap and gave us a really plain dress because well who is going to see it? The fabric is a nice floral print and the design of the dress is really nice especially with the little bit of lace around the hemline of the dress. 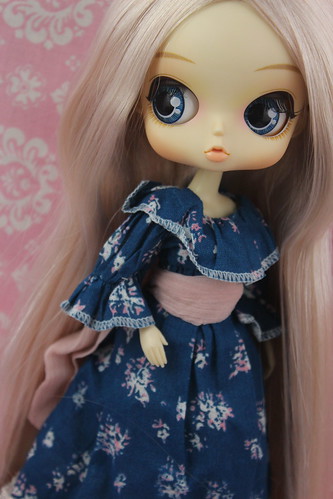 I hope that this review has convinced at least one person to at least give Pollon a chance or at least a second glance. I know Byul is far from the most popular doll in the line but she needs love and appreciation too. Byul Pollon is available for very reasonable prices via Pullipstyle and JPGroove. Additional photos as always are available on flickr. 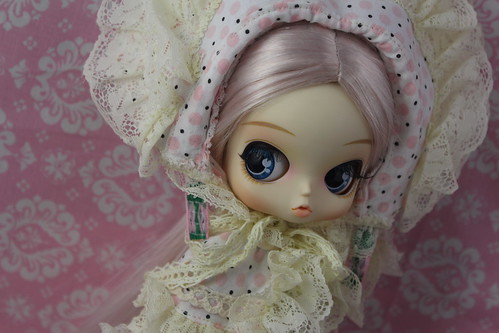