Last night was a veritable flurry of activity from Groove and myself as a consequence! Groove has announced another doll to be added to their Kuroshitsuji collaboration series via their blog tonight. Grell will be the fourth doll to be released in the newer round of Kuroshitsuji collaboration dolls, the first round was back in 2009 and there were five full sized dolls released as a part of it including a Pullip version of Grell. Why a Pullip and a Taeyang version of the same character? Without getting into gender politics too much, Grell is a male character that wishes he was a female and they even tend to refer to themselves as a female. Maybe the Pullip version is the idealized self and the Taeyang version is supposed to represent reality? I’m not sure I have enough experience with the series for discussion ^^; . I have to say the Taeyang version seems to be much more well done than the Pullip version from years ago, the Taeyang version seems to be a much more accurate version of how Grell looks in the Kuroshitsuji manga/anime.

Taeyang Grell is due for a February release in Japan which means March for us here in the US which means that they will be released exactly seven years after the original Pullip Grell. They have a MSRP of 22000 yen. 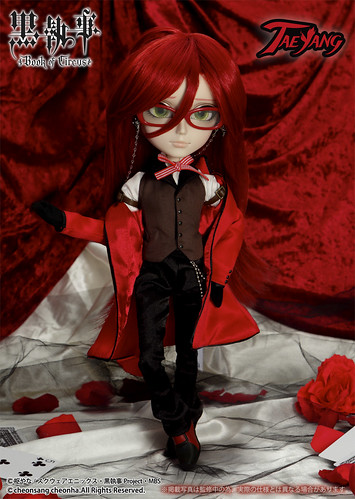 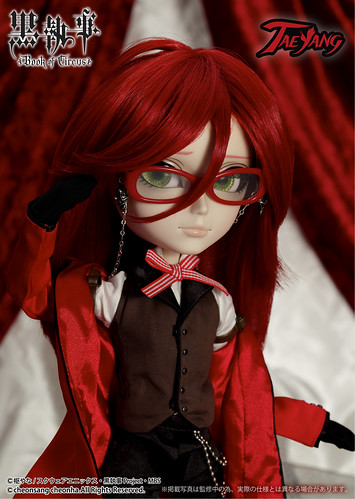 Grell was always one of my favorite characters in the manga/anime as they were definitely one of the more interesting and dynamic characters to me. 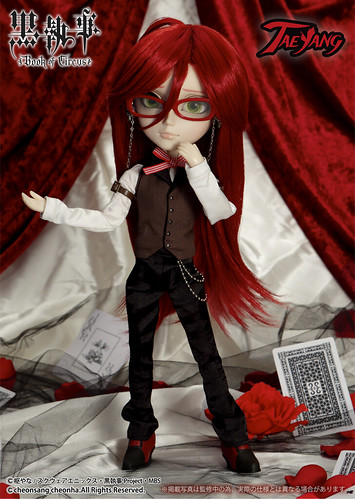 The stock outfit seems to be well made and good quality, I also notice that the wig seems to be much higher quality than on the original Pullip release which had a really poor quality wig. 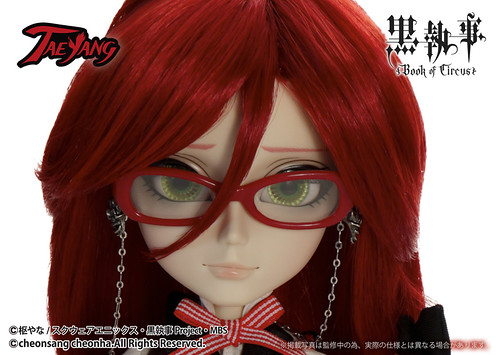 I really love what I can see of his face up! Those eyebrows and that smile are particularly well done. I really can’t wait to see more pictures of Grell hopefully without the glasses so we get a better look at the face. 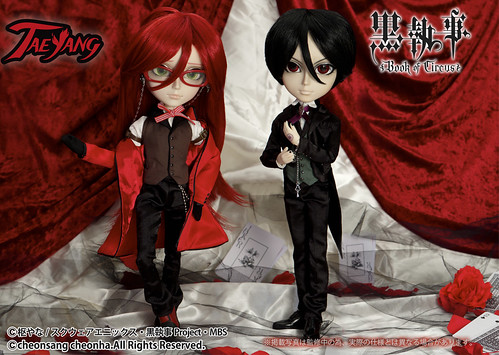 Grell with the newer version of Taeyang Sebastian.

Verdict: I haven’t bought any of the newer Kuroshitsuji dolls mostly because I own all the old ones, I know this is an invaluable chance for newbies to the hobby to get their beloved characters in doll form without having to pay absurd prices for the old ones. I’m very tempted by Undertaker because he is a new character addition to the doll series and by Grell because I think the doll is a great representation of their character I only wish that they came with their chainsaw!

Like Loading...
This entry was posted in Doll, Taeyang/ Namu and tagged grell, kuroshitsuji, Kuroshitsuji ~Book of Circus~, sebastian. Bookmark the permalink.