Groove just made a very exciting announcement via their blog, Groove simultaneously announced three new dolls in their Sailor Moon x Pullip collaboration line the Sailor Starlights. Based on characters from the last arc of the Sailor Moon manga as well as the final season of the original anime series the Sailor Starlights come to earth searching for Princess Kakyuu when not searching for their princess, they masquerade as a boy band (they transform from male to female in the anime series, in the manga it’s implied they merely dress as boys in their civilian form). 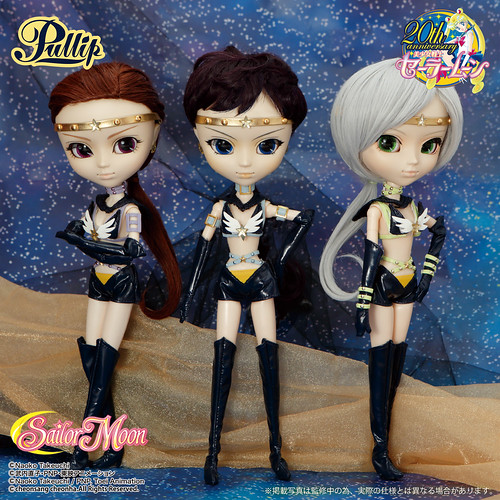 No details have been announced regarding their release date or price yet, I’m just praying that this isn’t somehow a three pack.