Early this morning Groove announced two new additions to their latest collaboration series Pullips Fox and Rose via their blog. The new collaboration series is a triple collaboration between Groove, Le Petit Prince and Alice & the Pirates. The dolls that the characters are based off of are from Le Petit Prince which is a beloved classic children’s book. Although the book is French in origin the story is well known and popular throughout the world, it’s so popular that Warner Brothers is releasing a new film adaptation. We unfortunately won’t see the film here in the US until this spring. The clothing is designed by  Alice & the Pirates which is a sub-brand of the Japanese lolita clothing company Baby, the Stars Shine Bright. Groove has collaborated frequently with Baby, the Stars Shine Bright as well as Alice & the Pirates in the past to bring us many popular releases such as Nella and Johan (Alice & the Pirates) as well as La Robe Vert Clair and Favorite Ribbon (Baby, the Stars Shine Bright). 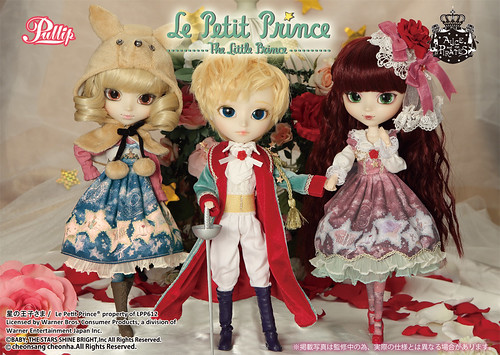 For reference here are what the three characters look like in the new Warner Brother’s film version of Le Petit Prince. 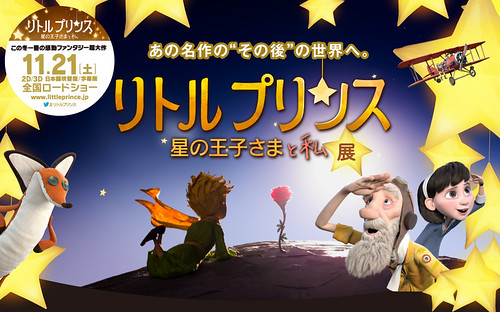 Pullip Fox I’m going to talk about Pullip Fox first because she is a January release whereas Rose who is a February release. Here in the US we get dolls roughly a month later than their release in Japan so probably won’t see Fox here until around February. She has a MSRP of 22000 yen which is about $182 as of this writing, I’m hoping Pullipstyle and/or JPGroove can offer a bit friendlier to the wallet prices once they open up preorder. 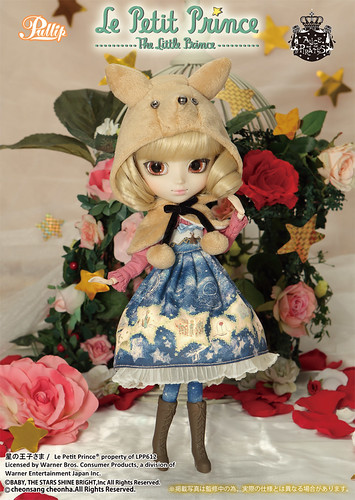 And now here is my secret, a very simple secret: It is only with the heart that one can truly see rightly; what is essential is invisible to the eye… Feel Like So. 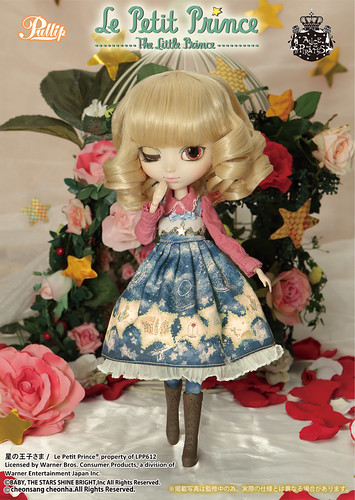 I’m in love with this release! I think she is really sweet, very cute and well done! I love the colors they chose for her stock outfit and I think the fox hood is adorable. If you look closely at the print of her dress you can actually see elements from Le Petit Prince in the stars on her dress. My only complaint about her stock outfit is the boots which are a bit underwhelming, maybe if the laces were painted? They look very cheap for such a pricey doll. If you would like to match your doll, a human sized version of Fox’s dress is available for preorder via Baby, the Star Shines Bright. 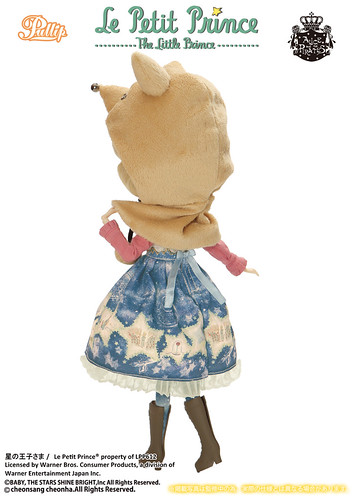 The back view of the outfit. 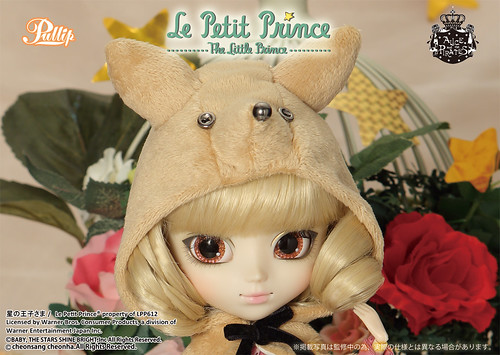 That fox hood is just way too adorable. I love the button eyes that were chose for it. 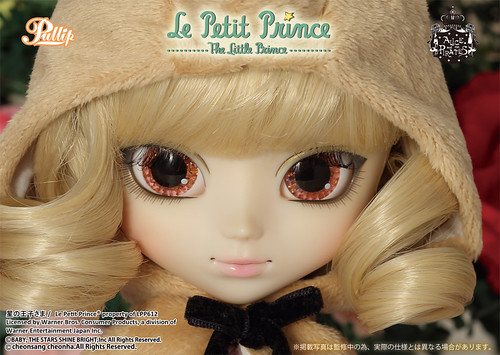 Fox has a very simple and sweet face up, she would likely be very versatile outside of her stock look I could see a lot of different wig/eye combinations looking nice on her. I do really appreciate her stock look with the glittery orange eye chips though.

Pullip Rose Pullip Rose is a February release in Japan which means she should be released here in the US around late March. She has a MSRP of 22000 yen. 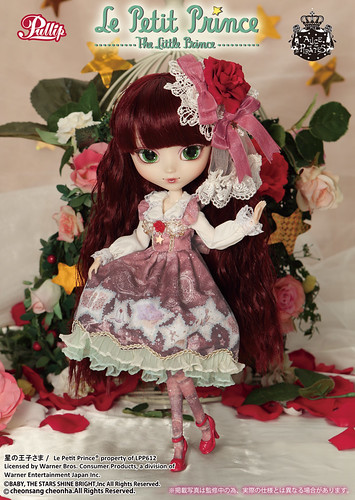 Ah! I am scarcely awake. I beg that you please excuse me. My petals are all disarranged.. Feel Like so. 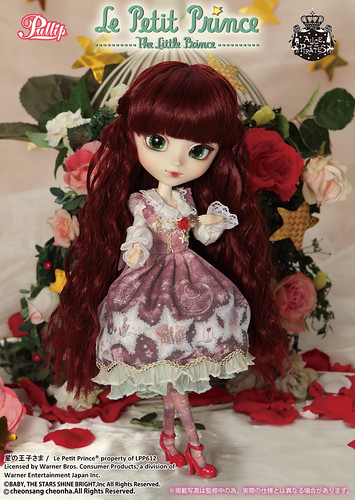 I love the dusty rose color of her outfit, she is cute but she reminds me a bit of some past releases such as Favorite Ribbon. I think I prefer Fox’s color scheme, it’s a little more unusual. It’s been many years since I’ve read the book but I remember the Rose as being a very vain character, I almost expected her to be portrayed as a Dal as it just seems like it would have been a bit of a better fit for the character (and the prince is in love with the rose, so it seems Isul is in love with his sister >_< ). 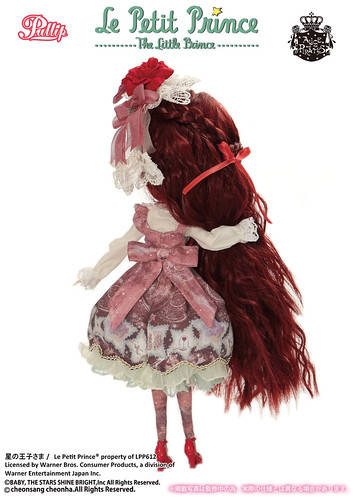 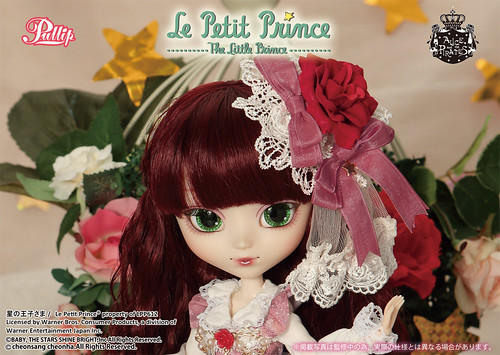 She appears to have very similar eye make up to Fox’s just in a different color, her lips appear to be a bit more detailed than Fox’s though. I’m kind of surprised that she doesn’t have more rose embellishments on her outfit, it is tasteful and understated at least. 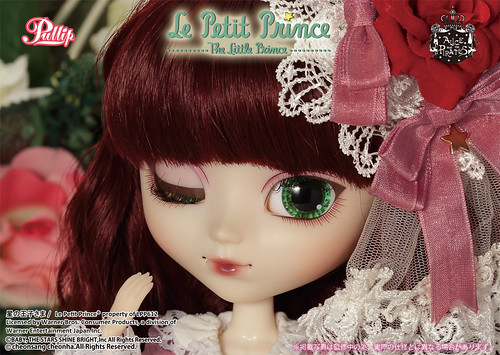 I do really love her green eyes, they really pop and provide a nice bit of contrast against all the red and pink.

Verdict: Eventually I’ll like get both Pullip Rose and Pullip Fox, right now my heart belongs to Fox and I will definitely try to secure a preorder for her when she becomes available. I think the dolls would look absolutely amazing on display together.

I will be sure to update when both dolls become available for preorder via Pullipstyle and JPGroove.