Dal Sanada Yukimura is another doll that I really didn’t really anticipate writing about here but since the opportunity presented itself I decided not to let it pass by. Sanada Yukimura was a part of Groove’s rather bizarre collaboration with Sengoku Basara. Sengoku Basara is a video game franchise by Capcom that is loosely based on historical events of the Senguko period of Feudal Japan. The video game series is so popular that it has spawned three different anime series, a film and of course, a collaboration with Groove to give us the Sengoku Basara dolls.

All of the dolls in the Sengoku Basara series were announced for a simultaneous release in June of 2011. The dolls were priced at 13000 yen each. A total of five dolls were released with each member of the Pullip family portraying a different character in the series, Pullip portrayed Date Masamune, Taeyang was Chousokabe Motochika, Isul was Mouri Motonari, Byul was Sarutobi Sasuke and finally Dal was Sanada Yukimura. 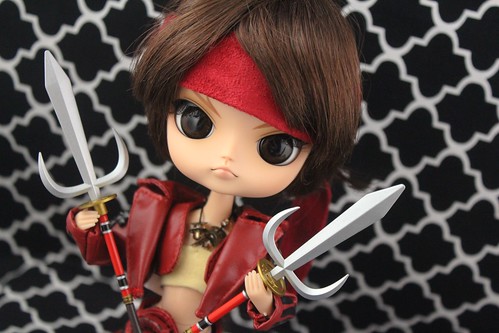 Sare to watch! Museum as you! Tsu’s Mon!

For those of you unfamiliar with Sengoku Basara, this is what Sanada Yukimura’s character looks like in the video games…

Part of the issue with doing a collaboration with Sengoku Basara is that Groove primarily makes female dolls while the cast of Sengoku Basara is primarily male, all of the characters chose to become dolls were male. While I will admit that Dal is a good match for Yukimura’s brash personality and the fact that the character is rivals with Pullip’s character Date Masamune is also very fitting it does not change the fact that Dal plays a male character, one that doesn’t wear a shirt ^^; . 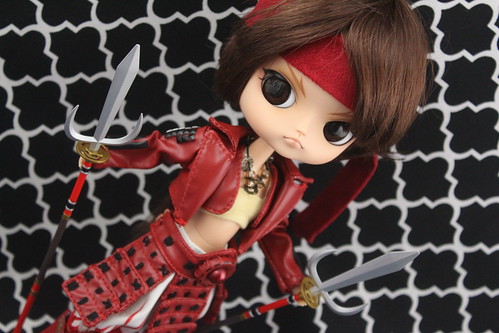 //embedr.flickr.com/assets/client-code.jsTo Groove’s credit, they did give a Dal a flesh colored tube top to cover up any *ahem* budding issues. 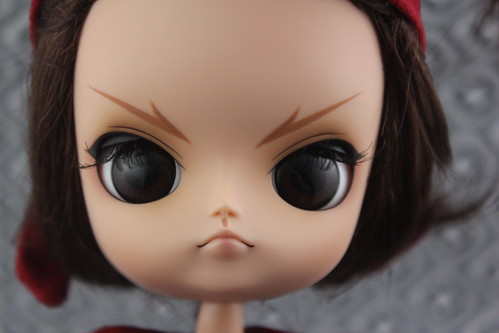 Yukimaru has a simple yet nice face up, she has a very fresh face up that is overly done up which suits the character but Yukimaru does have some very fierce eyebrows. They are very unique I don’t think I have ever seen eyebrows like this on any doll by Jun Planning/Groove before. Yukimaru has very dark brown eyes. I think Yukimaru would be pretty versatile outside of the stock, she would definitely make a great little tomboy.

Yukimura Sanada is one of very few Dals who is tan, most Dals redefine the term pale but Yukimura has a nice bit of color. 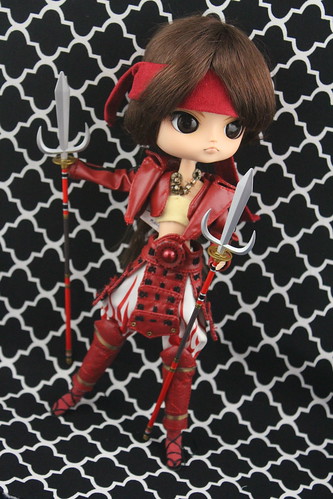 Sanada Yukimura comes with their trademark weapons two jūmonji-yari which are short spears. I really kind of wish that Groove had included a set of grippy hands to make holding the weapons a little bit easier. 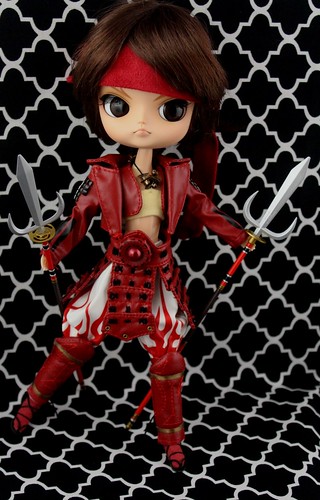 I was really impressed with the stock outfit, it’s been faithfully recreated from Yukimura’s character design and it is very well made and has an impressive amount of detail. 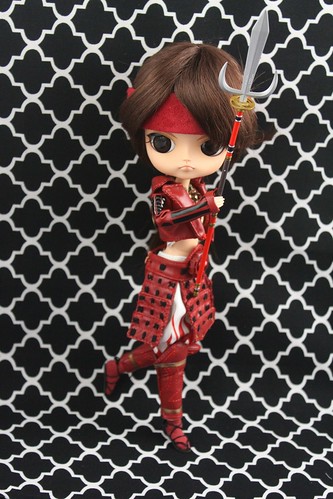 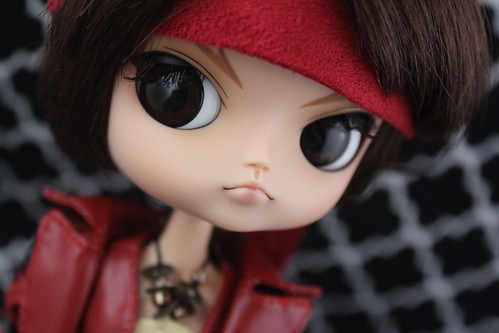 I can’t imagine there is much of a cross section between fans of Sengoku Basara and fans of Pullip but even if you are not a fan of Sengoku Basara, it’s hard to deny that Yukimura is a good looking Dal. 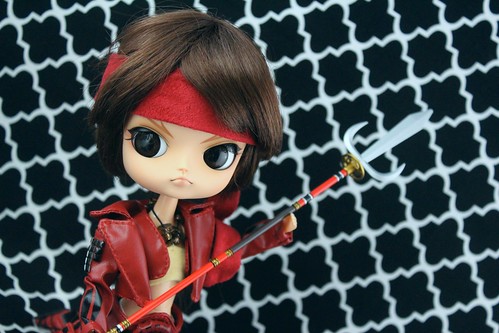 More photos of this fierce little warrior are available on my flickr. I also acquired the Byul Sarutobi Sasuke and Isul Mouri Motonari from the Sengoku Basara series recently (well the Isul will be here tomorrow) so please look forward to seeing write ups of them in the near future as well. As of this writing, there is still a Sanada Yukimaru available via JPGroove’s Sample Sale which is where this one came from (by mistake). They also still have a couple of the other Sengoku Basara dolls available for great prices as a part of the Sample Sale. 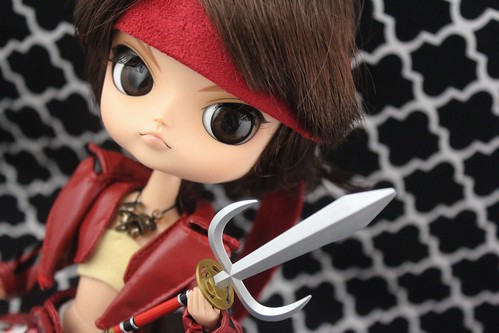