Pullipstyle Preorders have opened up on Pullipstyle for the latest doll in the Sailor Moon x Pullip series, Black Lady. She is priced at $130 and is set for a January release. 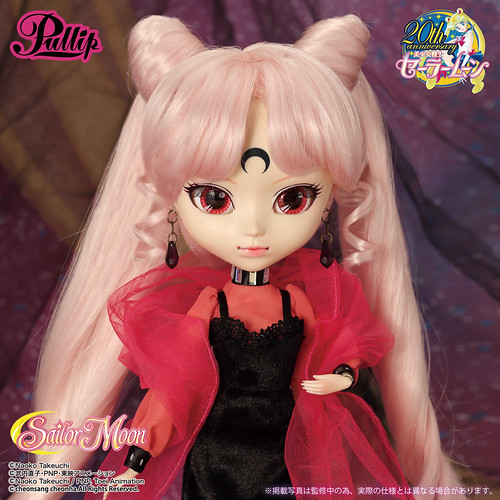 In other Pullipstyle news, preorders have also opened for a restock shipment of Pullip Romantic Alice pink version. The Friday Sales Section still has tons of absolutely fantastic deals. There are currently over 90 dolls on special with the majority of the dolls being in the very affordable $70 or under range, the variety of dolls on special is really great too lots of Dals, Byuls and Pang-jus, some Isuls and Taeyangs and even a few Pullips. I recently purchased Byul Moirai and Dal My Select Frara via the sale, so please look forward to their reviews! I was tempted to pick up Dal Lyla while she was on special as well luckily or unluckily she went out of stock before I could buy her though I’ve heard that Pullipstyle is due for another restock soon, hopefully she will be a part of it!

JPGroove JPGroove has a couple of different specials going on right now! The Sample Sale is still ongoing with about thirty dolls still available, these dolls were previously used for display at different doll events they don’t come with their stands/cards and they could maybe be missing an accessory or two but they are still outstanding deals to be had you can check out the selection here. They are also running a free shipping within the US special on a select number of dolls which you can see here, the dolls are all nicely priced but the neat thing is the free shipping counts on everything else on your order too so if you wanted to toss one of the sample sale dolls in with one of the free shipping dolls you would qualify for free shipping for the entire order. There is also a new section called GSFavorite where similarly themed little dolls or items are bundled for savings it’s a great deal if you’d like several of the MIO wigs or a set of matched minis. Other things I’ve noticed include all Pang-jus now priced at below $60, two of the fashion sets ideal for Pullip/Isul Campanella and Giovanni are now priced at under $25 each.

In other JPGroove news, preorders for the restock shipments of Pullips Snow White and Romantic Alice Pink have opened as well as preorders for tan MIO Pullip kits.

Other I was extremely fortunate to unexpectedly receive Pullips Sweet Eve and Steampunk Alice to review via JPGroove.  I’m extremely thankful that they have given me this opportunity, they are both really fantastic dolls and I’ve been having a great time photographing them. Sweet Eve’s review should be up tomorrow and Steampunk Alice’s should be up by the end of the week. 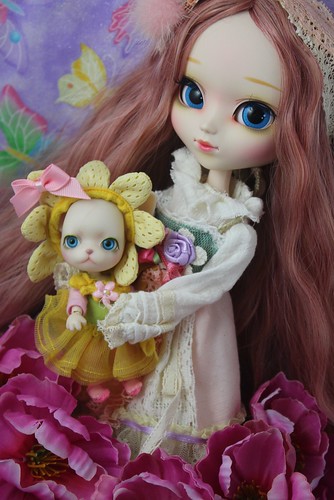 As the year draws to a close, I’m really focusing on getting caught up with reviews and I’ve apparently lost my mind and started something new. I’ve started to make individual information pages for each doll release like Alura. Did you know there are over 400 individual Pullip and friends releases not including the minis? It seems I’ll be at this for a while still, I have built approximately 25 pages as of this writing mostly Byul . Why did I start with Byul? I figured I would start by focusing on something with not quite so many releases so I did not get overwhelmed quickly you can see which ones I’ve built pages for already here if there is a picture then there is a page for that release. It’s times like this that I regret not documenting some things better as they arrived but I’ve been collecting Pullips for over eight years now and I never could have predicted any of this back then. I anticipate this to be a long-term project, so please be patient with me!

In the short-term, my hope is to have reviews up for Pullips Sweet Eve and Steampunk Alice, Byul Moirai, Dal My Select Frara and Pullip Yuri up by the end of the month. I’m hoping to add reviews for Pullips Noir, Dahlia Cinderella and Rche, Isul White Rabbit Du Jardin and Byul Sarutobi Sasuke up by the end of the year as well as some non-Pullip related reviews like Azone Kikipops and maybe some new toys from my comic book collection as well.