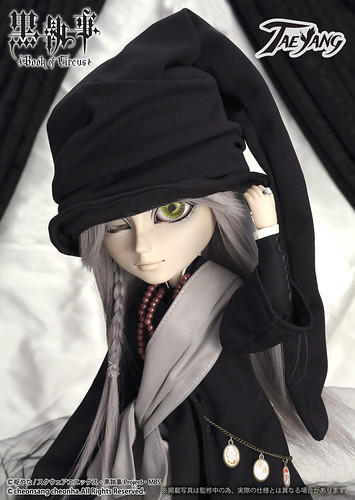 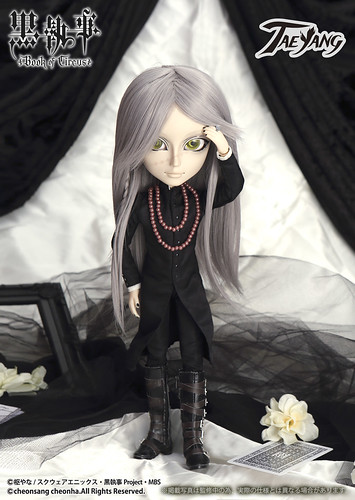 To me, the Undertaker was always one of the more fascinating characters from the series. His real name is not even known, he is referred to strictly as his cover job’s title “Undertaker” he is a former grim reaper and now works as an underworld informant for the Phantomhive family. Rather than money he demands amusement in the form of a first-rate laugh for his services as an informant. His eyes and his facial scar are almost always obscured by his long hair. 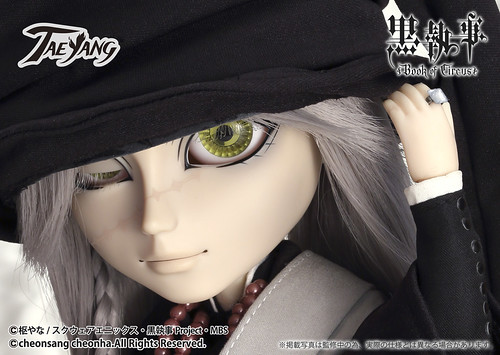 He has such an unusual and unique face up, I love it! I also love his really intense yellow-green eyes. You can really see some of the details that were faithfully recreated in this photo, he even comes with his ring! 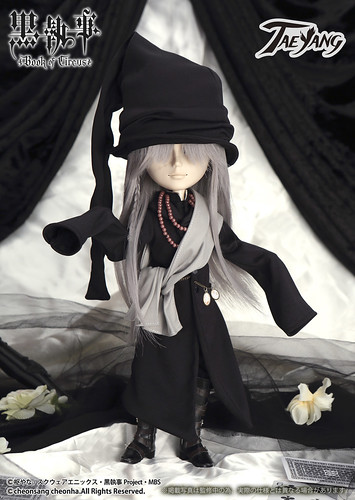 I think Undertaker’s design translated really nicely into doll form, I passed on the new versions of Sebastian and Ciel as I already have dolls of their characters but I don’t think I will be able to resist him as he is so well done! 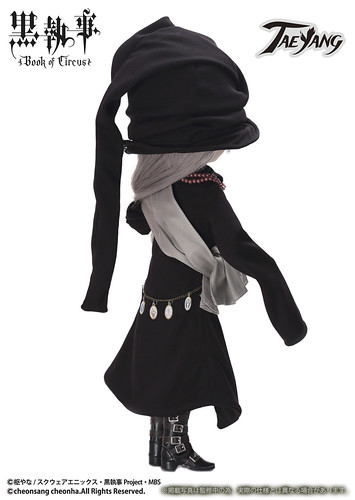 Back/side view of his outfit for anyone curious!

I will be sure to update when he becomes available for preorder JPGroove and Pullipstyle.