Groove announced the start of a new collaboration series via their blog last night, the new series is a triple collaboration between Groove, Le Petit Prince and Alice & the Pirates. This new collaboration series seems to be commemorating the release of the recent film adaptation by Warner Brothers of the beloved children’s classic Le Petit Prince. The design and character are based on the title character of Le Petit Prince. The clothing is designed by  Alice & the Pirates which is a sub-brand of the Japanese lolita clothing company Baby, the Stars Shine Bright. Groove has collaborated frequently with Baby, the Stars Shines Bright as well as Alice & the Pirates in the past.
Isul the Little Prince has been scheduled for a December release in Japan, he will not be released in the US until January of next year. He has a rather robust price tag of 22000 yen. 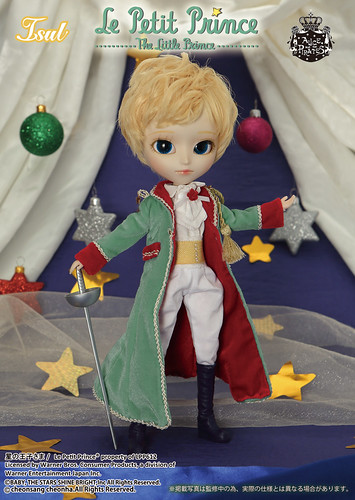 My star Will just BE one of the stars, for you. And so you Will love to Watch all the stars in the heavens … They Will all BE your Friends. ….. Situation Like so 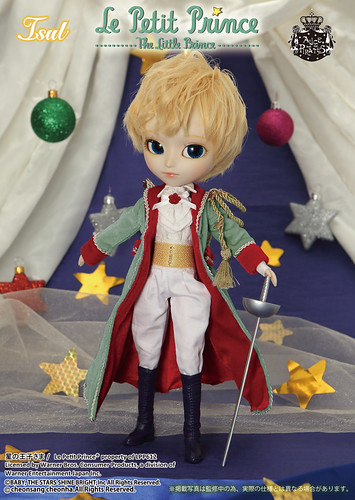 Many years ago there had been a Little Prince Dal prototype that never got released, while it was and still is a good idea for a collaboration I’m kind of glad that Groove waited and chose to do it with an Isul as he seems to suit the character better. His outfit is very faithfully recreated by Alice & The Pirates and it looks to be nicely detailed, he even comes with his rapier. 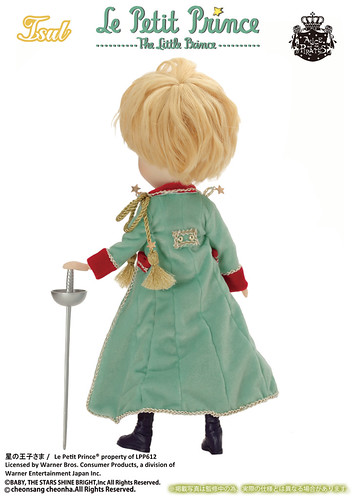 The back of the outfit for anyone curious. 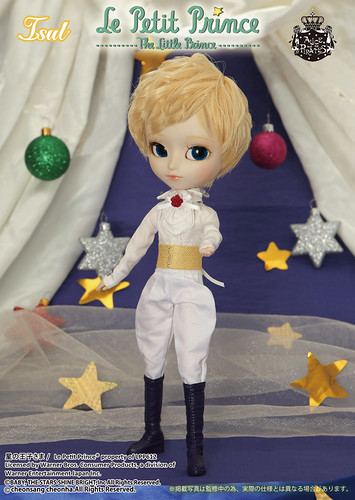 The outfit without the jacket, the details of the rest of the outfit can be seen a lot better in this picture. 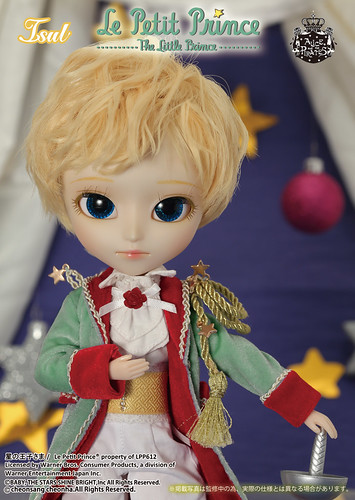 With how well the Little Prince himself turned out, I look forward to seeing further dolls released as a part of this collaboration. 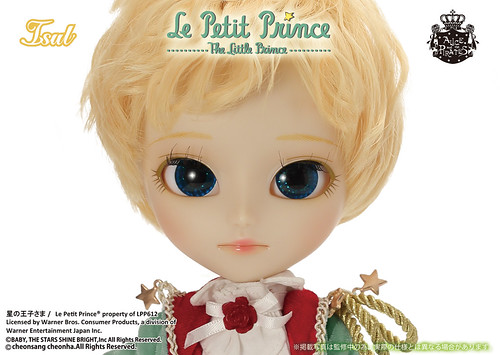 He has a really nice face up, I love the almost golden tones of his eye make up and his pale blond eyebrows.  I also really like his very pink lips. He has stunning blue eyes. 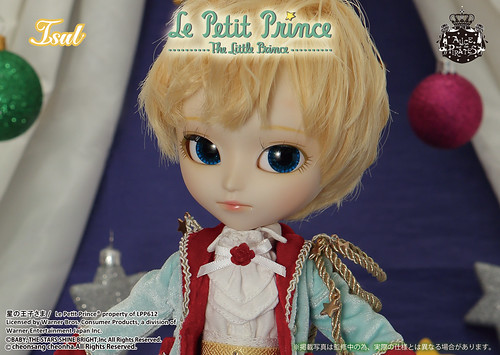 I will be sure to update here when preorders for the Little Prince open at Pullipstyle and JPGroove.

Like Loading...
This entry was posted in groove, Groove Dolls, isul and tagged 2015 isul, alice and the pirates, groove, isul, le petit prince, lolita, the little prince. Bookmark the permalink.