Unfortunately for my and probably countless other members of the Pullip community’s wallets, there are some truly outstanding Pullip related sales going on right now. Caution, this post may be extraordinarily dangerous to one’s wallet/paypal balance…

JPGroove Sample Sale If you haven’t checked it out already, I highly suggest you check out JPGroove’s Sample Sale. For those of you unfamiliar with JPGroove’s Sample Sale, the dolls featured as a part of the sale are dolls that were previously used as display dolls at events such as Doll Carnival. Since these are previously used display dolls they do not come with boxes, stands and cards they may also be missing accessories as stuff gets misplaced over the years. It should be noted that there are absolutely no returns/exchanges/refunds on sample sale items. 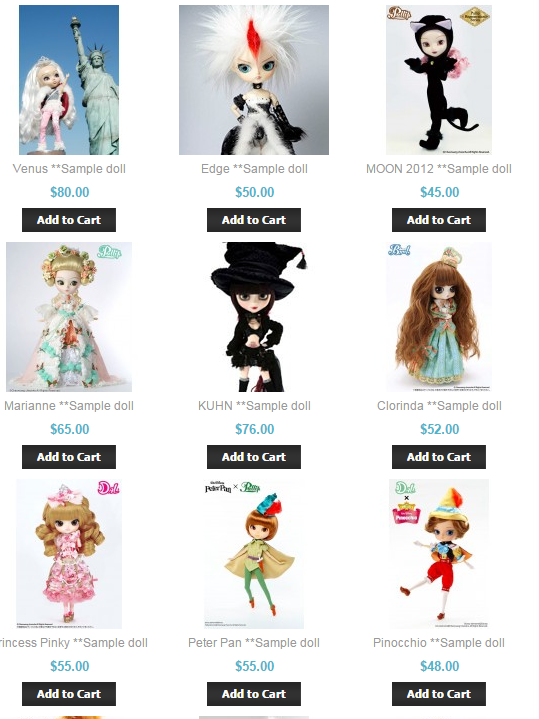 As of this writing, there are still 28 dolls available as a part of the sample sale, I’m honestly surprised that there are still a lot of really great dolls like Pullip Kuhn available. After stalking the sale for so long, it seems like JPGroove deletes sold listings and has been periodically adding another doll or two so I recommend you check back occasionally. 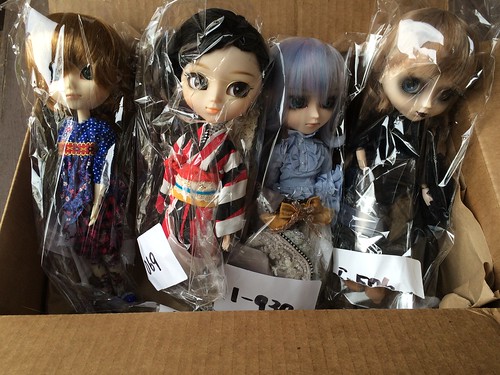 Some of my own dolls that I ordered via the Sample Sale arrived this week and I could not be happier with them, you can look forward to them being featured here in the future. The next doll to be featured here will be Alte who was also purchased via the sample sale for a friend of mine (I’m just forwarding it to her but she said I was more than welcome to photograph her).

Pullipstyle Specials Pullipstyle has had a somewhat oddly named Friday Sales section for a while, the sales have been ongoing with different dolls being featured in it but never before has it featured such an unprecedented number and variety of dolls. As of this writing, there are a total of 81 dolls featured as a part of the sale including 11 Pang-ju, 13 Isul, 28 Dals, 8 Byuls, 8 Taeyangs and 13 Pullips. Prices range from around $40 to $120 with most of the dolls being offered in the very affordable $70 or less range. There are a lot of really great classic Dal releases like Lipoca on special in addition to some more recent dolls like Steampunk Byul Moirai who is down to $70 and who is by far, my biggest temptation. In addition to being high on wishlist, Moirai is also the last Byul that I have never owned…. do I dare give into temptation? 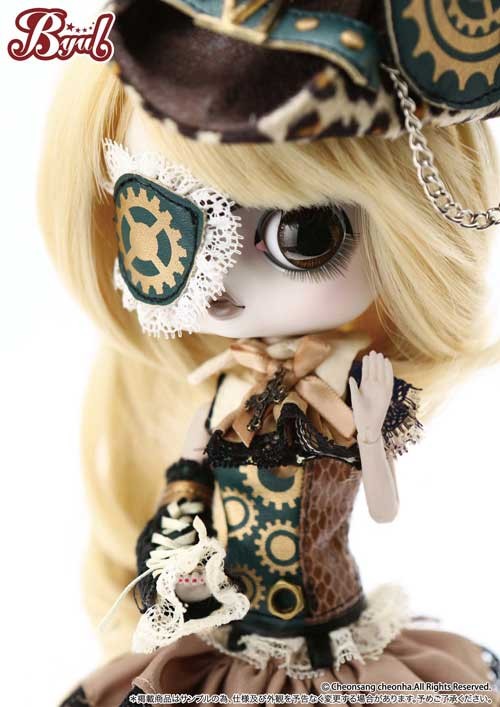 It’s worth noting that you should really click around on the website and look around because there are a few other dolls like Lizbel who are not marked as being a part of the Friday Sales special but are certainly priced that way!

Both sales are a great opportunity to add that special dolly someone that you may have overlooked before to your doll family/collection at a wonderful price! I know, I definitely took advantage of the sale and will likely do so again when my next paycheck comes!

I’ve had a few people ask me recently so as a note, I don’t actually get anything from doing posts like this, I’m not a paid affiliate of either website. In fact, if anything this post has ended up costing me money as I ended up caving and ordering Byul Moirai from Pullipstyle while I was writing it. I enjoy connecting people with the dolls they love, I personally enjoy getting a deal so I try to spread the news of a sale when I find one so other people can get a doll they love at a more wallet-friendly price too!