Pang-ju are a small anthro ball jointed doll made by Groove, the same company that makes Pullip. It should be noted that they are made of ABS plastic rather than resin, they are also non-gendered with some releases being styled as males with other being styled as females. Pullipstyle recently placed several different Pang-ju on special, with the new reduced price tag of only $50 my little pack of Pang-ju quickly expanded. Black Russian-Pang was one of my newer Pang-ju additions.

Black Russian-Pang was released in April of 2014 with a MSRP of 10000 yen. Black Russian-Pang was inspired by Dracula, he is kind of unique because he is the only Pang-ju with vampire fangs. I like that he is very unique, I don’t think I have ever seen a vampire Chihuahua anywhere before! 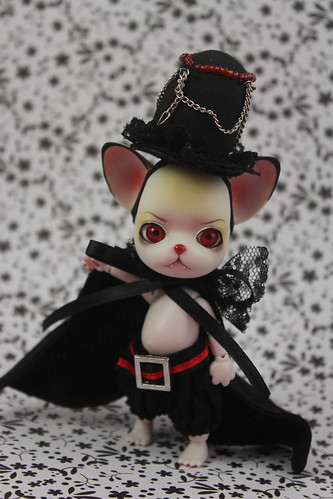 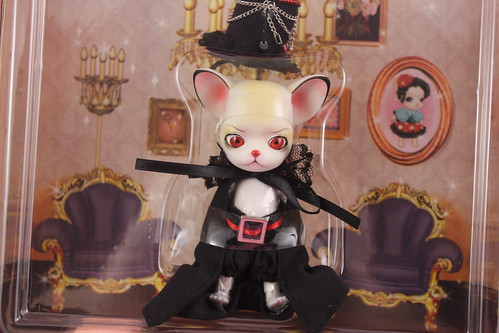 Black Russian-Pang in the box! His stock outfit consists of short pants with a belt, cape and a hat. He also comes with putty for his eyes if you choose not to use the small device in his head that keeps his eyes in place (unless you have experience with bjd eyes I recommend just using the small device). As a bonus, the box liner makes for a nice backdrop for photos! 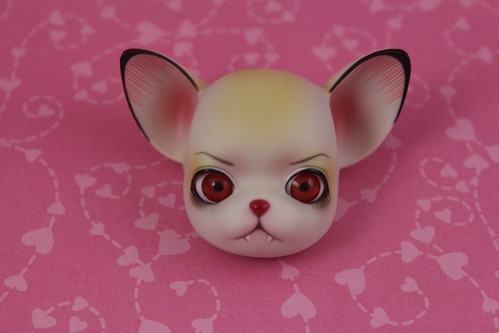 Black Russian-Pang has some of the most intense and vibrant shading on their face up that I have seen on a Pang-ju, the yellow creates some nice contouring on his face. His little ears are rimmed in black and he has elaborate shading on the inside of his ears. The fangs are painted on he does not have a unique face sculpt, though his face up is definitely one of the most detailed and also unique face ups on a Pang-ju. He comes with blood red eyes. 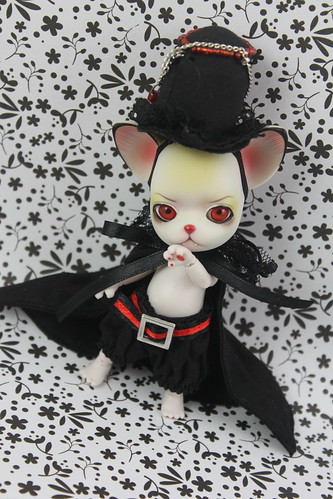 I’ve been calling him Vlad the littlest impaler! 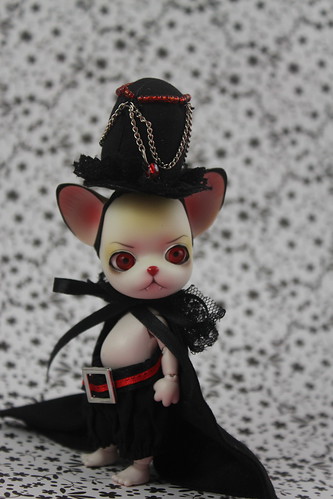 I love the stark contrast of the colors of his stock against his pale skintone, the yellow shading on his face up makes it pop that much more. Black Russian-Pang is definitely one of the more extreme Pang-ju releases. 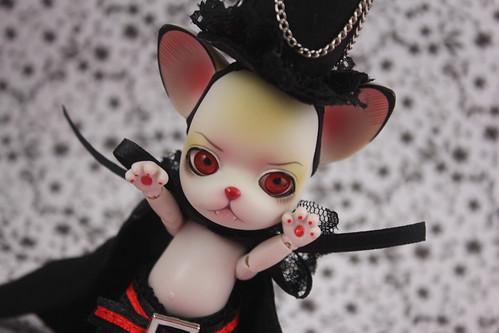 The pads on his little paws are red, not all of the Pang-jus have colored pads perhaps his are still red from the blood of a fresh victim? Someone, somewhere must have a grave wound on their ankle! 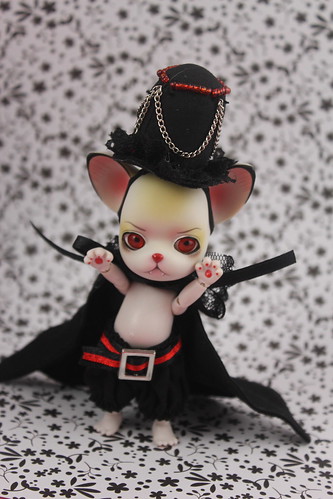 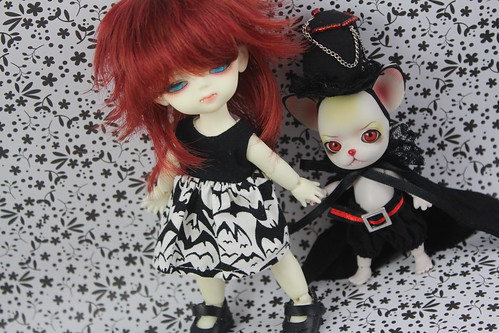 Evangeline Ever my Lati Yellow Moonlight Serenade Lami quickly claimed the new little guy as her familiar! This also serves as a good sizing reference between Lati Yellow and Pang-ju. Pang-ju are roughly the same size as Lati White bjds. 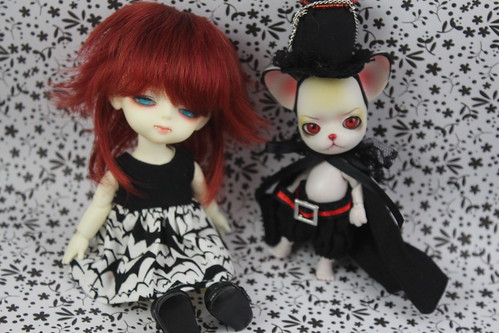 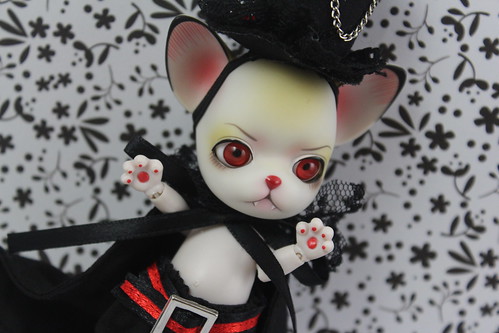