Pullipstyle is running a special on several different Pang-ju, most are now marked to a very affordable $50 each. I had ordered Flower-Pang and I was so taken with her that I ended up ordering some additional Pang-ju recently. Milk-Pang is one of my recent additions and was the first up for photos.

For those of you who don’t already know, Pang-ju is a tiny ball jointed doll made by Groove (the company that makes Pullip). While they are bjds they are not made out of resin so they may be off-topic on some of the purist bjd forums. Pang-ju come with a face up, eyes and as well as an outfit their themes are often quite whimsical with releases including a British palace guard, a flower and a cow (no, I’m not kidding!- link). They are not gendered so technically they can be either gender though most of the releases are styled to be more feminine or masculine with only a few being somewhat androgynous. They are very tiny, only about four inches tall roughly the same size as a Lati White (size comparison). 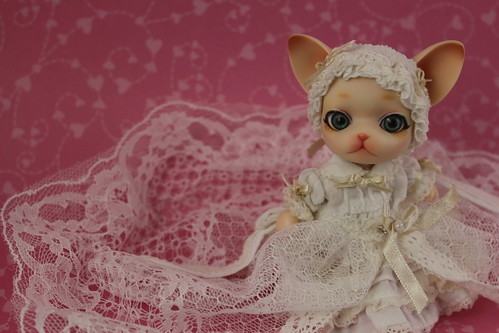 Milk-Pang was released in October of 2013 with a MSRP of 10000 yen. She was the eleventh Pang-ju released. 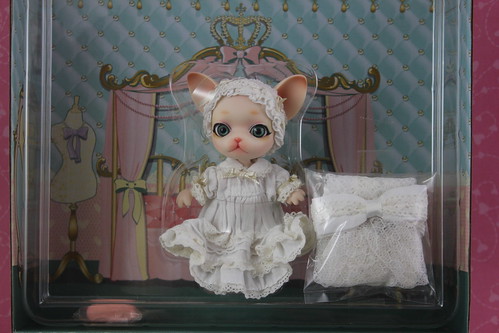 Milk-Pang in the box. She comes with a removable lacy over skirt as well as eye putty. Pang-ju have a little device designed to keep their eyes in place but it can be replaced with the more traditional eye putty for easier eye positioning. It’s a nice option to have,  I know I’ve never particularly enjoyed manually re-positioning  the eyes on such a tiny doll. 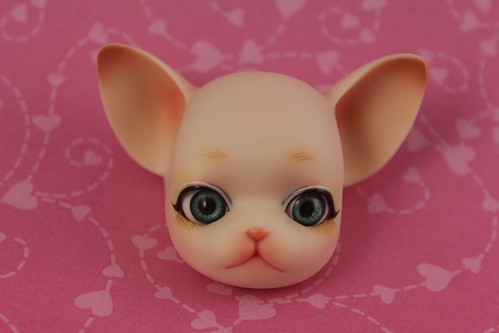 A close up of Milk-Pang’s face up. She has a very sweet and angelic face up and grayish blue eyes. I adore her tiny little eyebrows as well as the delicate shading on the tips of her ears.  Since I’ve recently acquired a goodish amount of Pang-ju I’ve decided to construct a partial Pang-ju face up index which can be seen here. 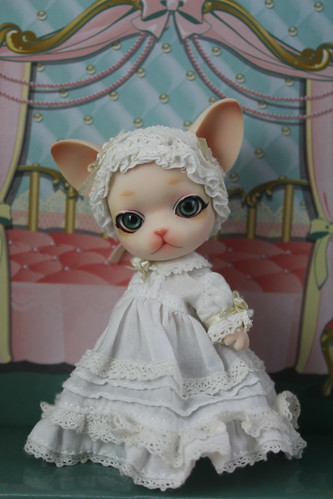 The box insert makes for a cute photo backdrop for Pang-ju photos. I’m really impressed with the amount of details that she has on her dress, I can’t imagine sewing something that detailed in that size. I wanted to take a few pictures with out the lace overskirt so the details on the lower portion dress wouldn’t be lost. 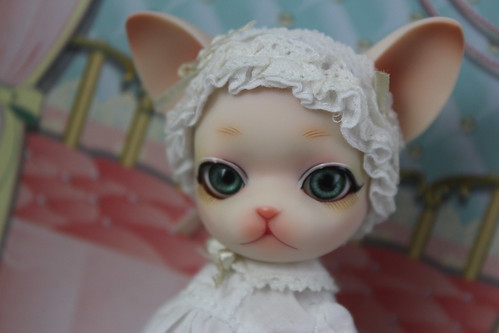 I love how exquisitely detailed her little ruffled headband is. 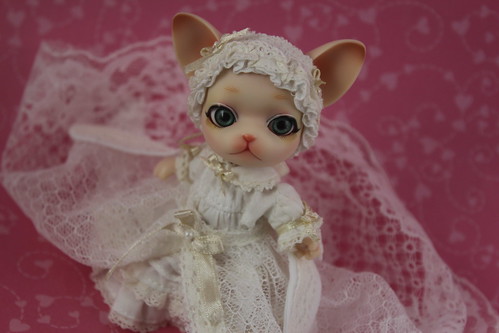 That lace skirt really is something! It makes quite the train. 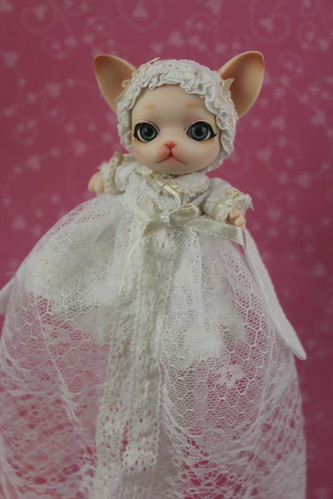 The lace skirt is a little bit long on tiny Pang-ju! I have Pang-ju on a Pullip stand in this shot and the skirt extends way past where the floor should be. Her outfit almost reminds of a baptismal gown especially with the lacy overskirt on, I’m not sure if that is supposed to be the inspiration or not but that is what it reminds me of. 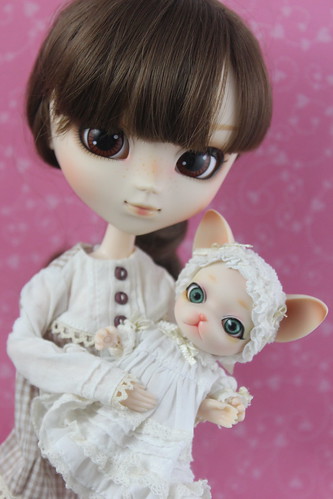 Sometimes it’s hard to judge the size of things even with measurements so I decided to take a picture of Milk-Pang with a Pullip so there would at least be some idea of size reference. Pang-ju makes an excellent companion for Pullip. The Pullip is Meg for anyone curious, she was one of my favorite releases of last year her review can be seen here. 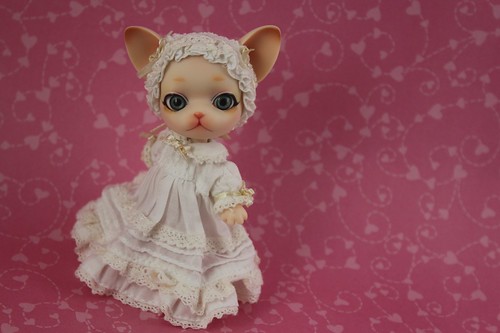 More photos of the darling little Milk-Pang can be seen on her set on my flickr. Milk-Pang is available via Pullipstyle, be sure to check out their whole selection of Pang-ju! 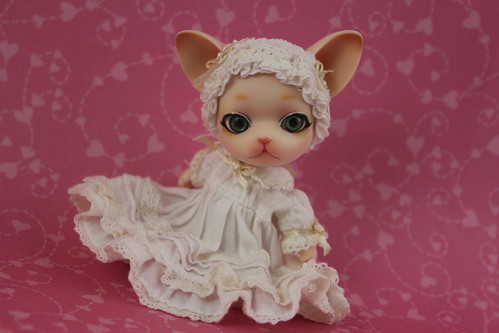 Like Loading...
This entry was posted in BJD, Pang-ju and tagged BJD, groove, milk-pang, pang-ju, tiny bjd. Bookmark the permalink.