Some additional photos of Sailor Saturn have surfaced recently via Groove’s blog. If you somehow haven’t already heard, Groove is currently doing a collaboration with Sailor Moon and has released various dolls based on characters from the series. Sailor Saturn is the 13th doll released as a part of the Sailor Moon x Pullip collaboration series, she is the second Dal.

Sailor Saturn is an October release in Japan alongside Pullips Favorite Ribbon Chocolate Version and Pullip La Robe Vert Bleu Royal. Here in the US we will get her one month later due to transit time. She has a MSRP of 17000 yen. Pullipstyle has already opened up preorders for Sailor Saturn where she is priced at $130. 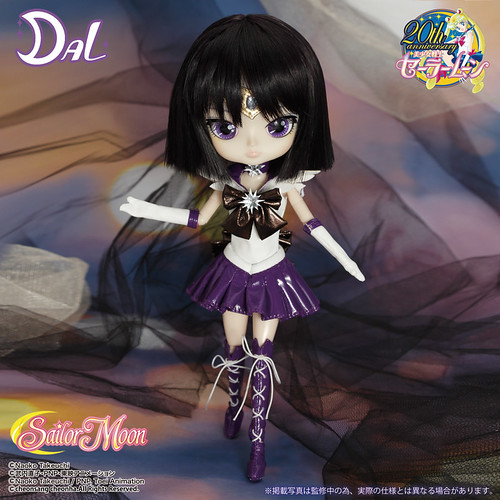 Silent Star, The Saturn for the protection…. Solider Sailor Saturn of ruin and the birth. 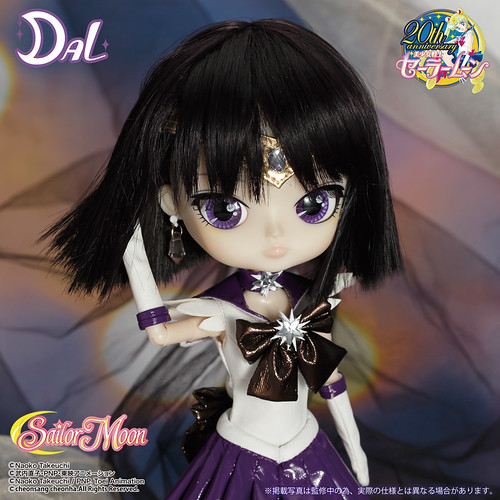 I’m very excited for Sailor Saturn and I think she looks great as a Dal! Groove really great job on turning her character design into doll form. 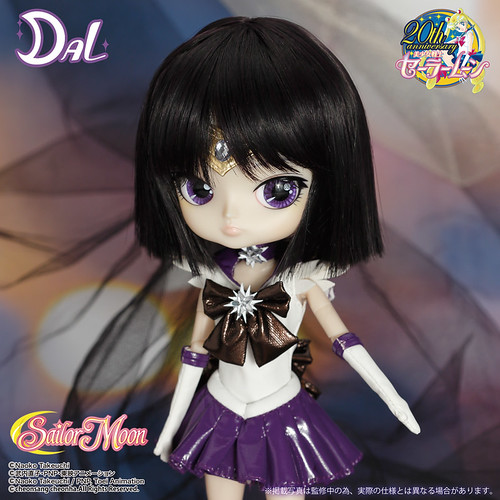 I’ve seen two major criticisms of Saturn, one that she does not include her trademark weapon the silence glaive and the other that she is a Dal. Let me preface this by saying I like and appreciate that she is a Dal, a lot of the community likes that she is a Dal but sometimes I find myself wishing that there was another option for female dolls in this line besides Pullip, Dal and Byul as to me none of them perfectly suit the character. Dal comes closest to how I picture Saturn she is melancholy so a super smiley Pullip would seem a bit strange to me. 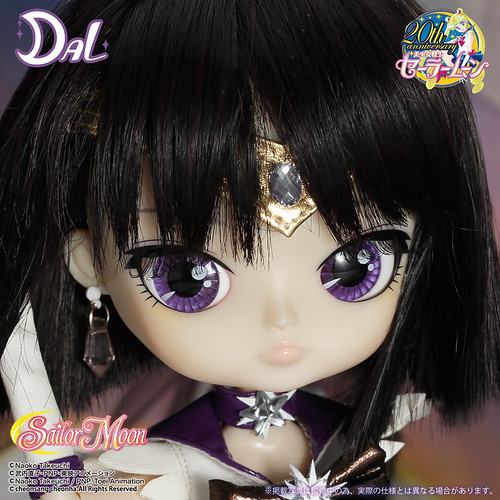 Her accessories are faithfully recreated, I love how detailed her necklace and her bow gem are. Her earrings are also really nicely done. I really like her face up though her lips are a bit pale, I love the eye make up and the eye chips they chose for her! 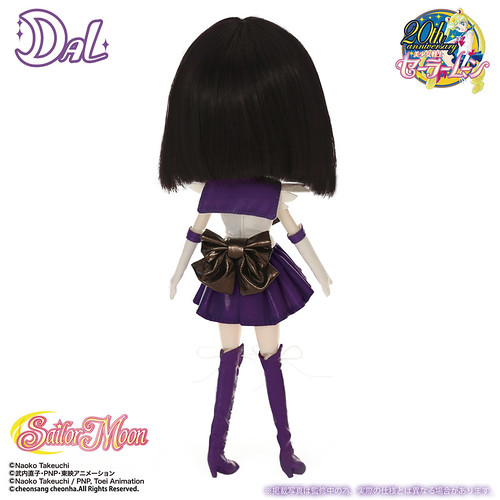 The back of the sailor suit!

Bandai shop once again has an exclusive version of the doll available only to those who preorder through them, the item this time is Hotaru’s school uniform! The exclusive version is priced at 20000 yen which is 3000 yen more expensive than the standard version. 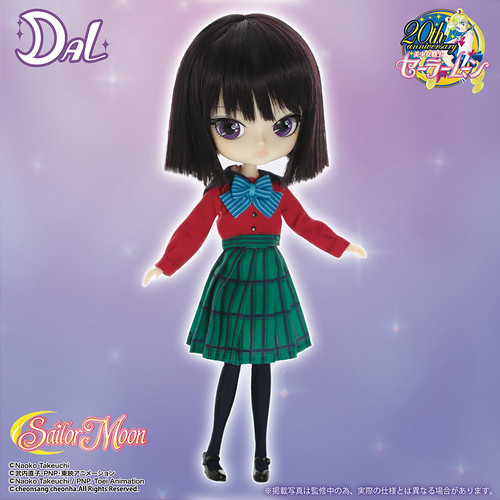 I think the school uniform is cute and well made! I’m definitely happy that the exclusive wasn’t Sailor Saturn’s weapon the Silence Glaive as I would have been absolutely crushed if it existed but was simply out of grasp.

Sailor Saturn is available for preorder via Pullipstyle.