A new Rozen Maiden anime series called Rozen Maiden Zurückspulen premiered in 2013, it was much more faithful to the original manga series than the original anime series. Jun Planning had previously collaborated with TBS to release a series of dolls based upon the different characters/dolls way back in 2006 that continued all the way through 2008. A total of nine different dolls were released including a Dal version of Hina Ichigo were released. Hina Ichigo was a very cheerful and bubbly character so somehow I’m not sure the frowny faced Dal was the best fit for her character.

Pullip Hina Ichigo was released in September of 2014. She has a MSRP of 16000 yen. A special version was available exclusively to those who preordered Hina Ichigo via Animaru (TBS’ official shop) that came with a cute strawberry plush. Rozen Maiden is what initially attracted Pullips to me in the first place and Hina Ichigo was always my favorite character so I was very excited about Pullip Hina Ichigo. I bought her shortly after her release from Pullipstyle. 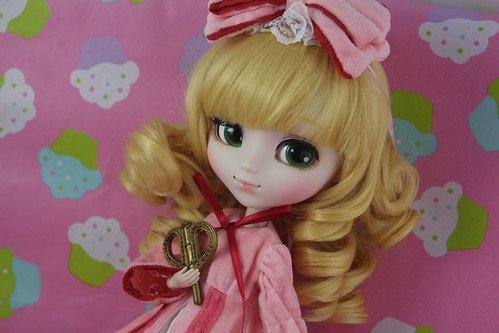 As long as I’m with JUN…I can have fun anywhere… Feel Like So.

Hina Ichigo in the box 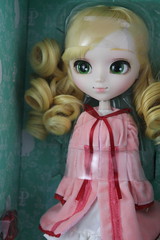 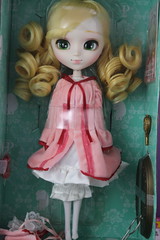 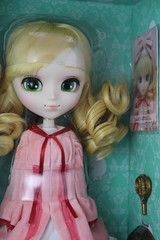 Hina Ichigo comes with an oversized head bow, a white one-piece dress, a pink overcoat with a red ribbon detailing, bloomers, tights, shoes that lace up similar to ballet slippers as well as a wind-up key. She also comes with a white stand as well as a card. Quality? Overall the quality of Hina Ichigo’s stock is nice, her overcoat is especially nice and made of a very soft plush material. I feel like overall she is a very faithful recreation of the character. I must say that I appreciate the little touches of red with the ribbons as it keeps Hina from becoming overwhelming pink, it provides a really nice contrast.

Wig quality? I’m always a bit worried about curled wigs, I feel like despite my best efforts I will always somehow manage to ruin them. The wig is very soft and the quality seems nice. The color is very yellow, it’s not a bad color it’s just very bright. 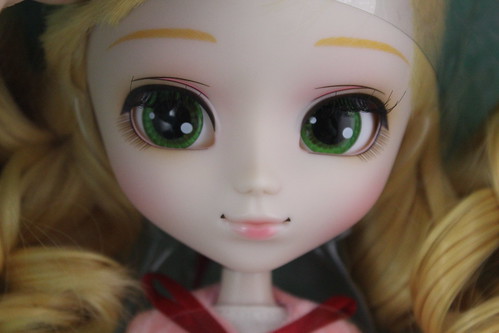 Hina Ichigo has a really sweet face up, it’s a good mix between being stylized to be like the anime and the more bjd-like face ups that Groove seems to be favoring these days. I love her pretty pale pink lips and the subtle touches of pink and yellow in her eye make up. I love her light green eyes they really pop and I love how they are stylized. 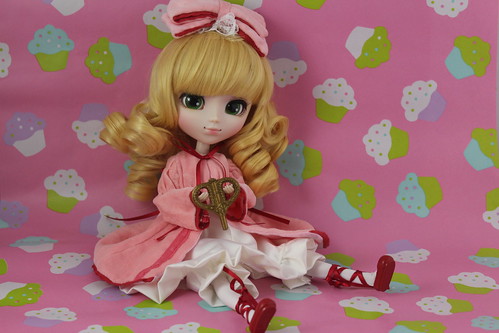 Will you wind it? Hina Ichigo is holding her wind-up key. 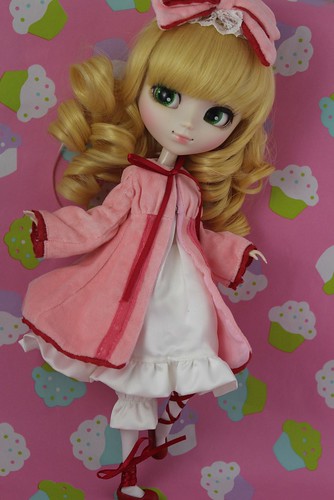 She is so sweet she is on the verge of giving me cavities! 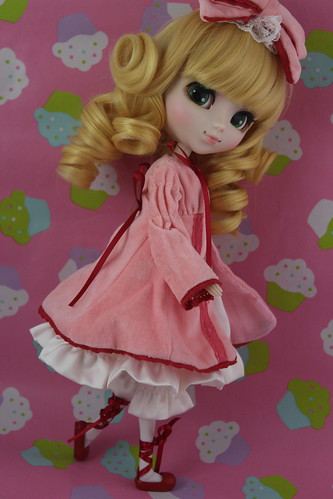 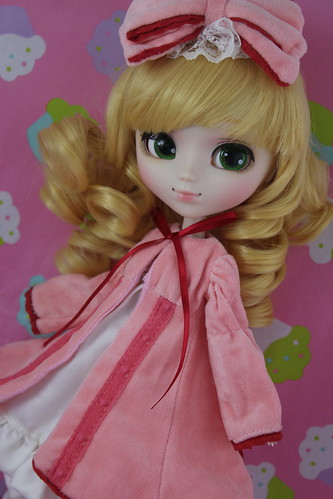 I’ve been asked if I prefer the original Dal or the new Pullip although the Dal was my very first Dal, I have to say I feel like the Pullip suits Hina’s happy disposition much better. 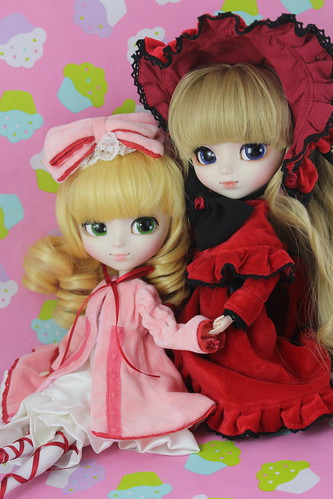 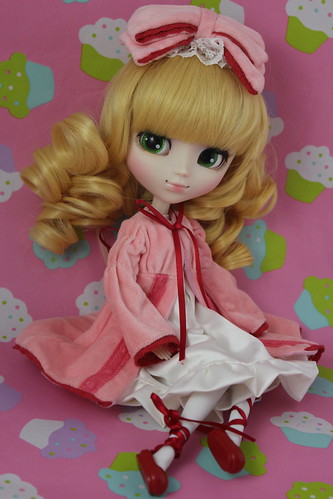 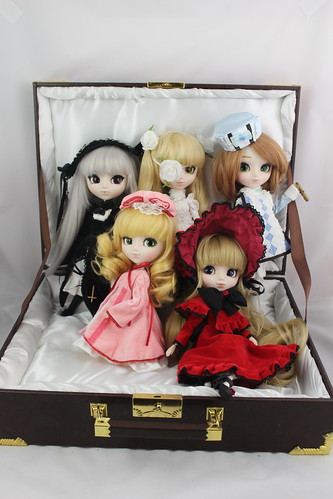