If you are a fan of the Rozen Maiden series, you are probably wondering who the heck Keikujyaku is as she is not a character from the series. Keikujyaku is the winner of a design contest held by the Gothic + Lolita Bible magazine that gave people the chance to design a theoretical eighth Rozen Maiden doll, the winner’s design was to be made into a Pullip and that Pullip is Keikujyaku. 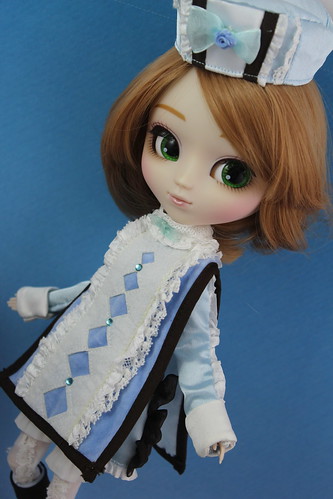 I am the 8th doll of the imaginary world!! It’s Okay if you’re clumsy… There are dancing ribbons and fluffy marshmallow teardrops… Feel Like So. 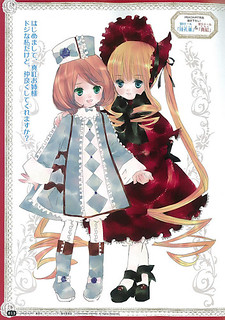 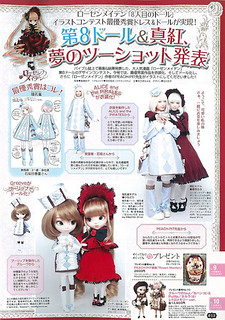 Here is a scan of the announcement of the winner in Gothic & Lolita Bible Magazine. On the right is an illustration of Shinku with the new doll Keikujyaku by Peach Pitt (otherwise known as the creator of Rozen Maiden and Shugo Chara), on the opposite side is the original illustration of the winning design as well as various promotional photos of Pullip Keikujyaku as well as a model wearing a human sized version of Keikujyaku. I *think* there were plans to release the human sized version of the outfit by Alice and the Pirates but all the links that were previously on Baby, the Stars Shine Bright’s website mentioning the contest have vanished so maybe it’s been canceled? 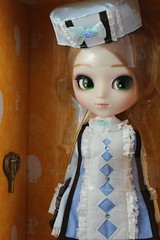 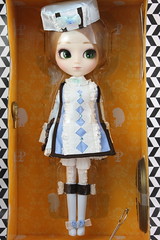 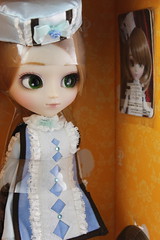 Keikujyaku’s stock is fairly well-made, it’s not exactly the most versatile stock but it’s cute and she looks very much at home with both my Alice in Wonderland dolls as well as my Rozen Maiden dolls. She comes with a card, a gold stand and a key. I love the chestnut color of her wig and it’s fairly soft. 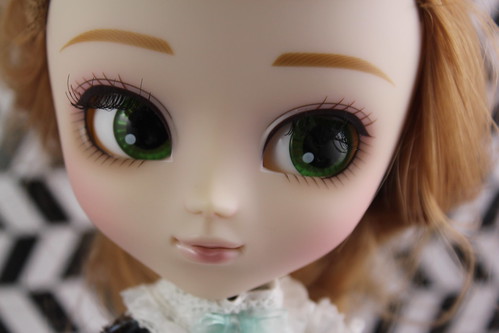 Keikujyaku has a nice face up, it definitely looks like it has the potential to be very versatile. I especially love her shimmery lips and her striking emerald eyes. 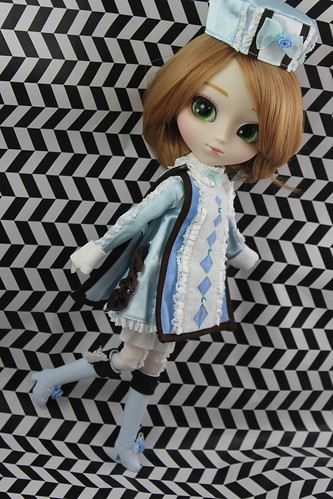 I will admit back when the design contest was announced I had visions of an orange or bright green themed doll being the winner. I wasn’t quite sure what to make of Keikujyaku at first when she was announced as the winner of the contest, she seemed a bit too similar to Souseiseki to me (blue themed outfit/short hair/bit of a tomboy feel) but the promotional photos really made her grow on me. 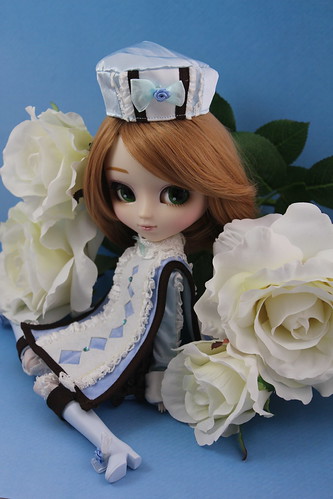 Keikujyaku has a MSRP of 16000 yen, she was released in March in Japan and will be released any day now in the US. My Keikujyaku came as product sample from JPGroove so I could take pictures of her and review her here on my website. 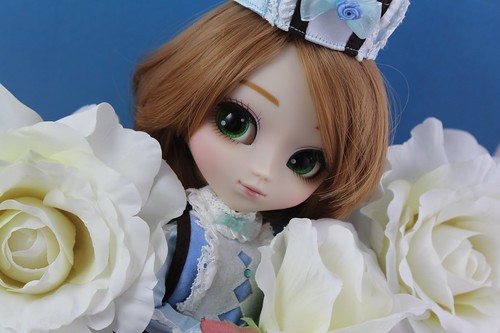 Keikujyaku has such a sweet look of innocence about her. 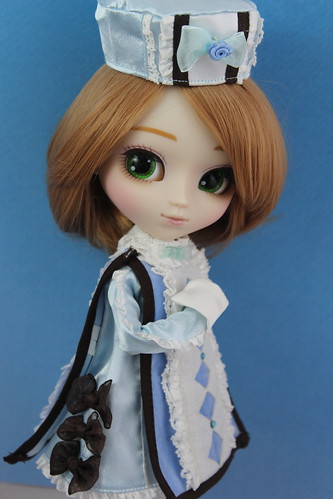 The only thing I do not like about her is the frill on the sleeve, sometimes it looks a bit awkward in photos depending on how she is posed like in the above photo where it is slightly twisted. 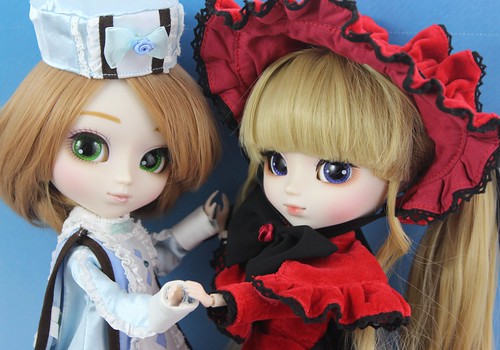 Keikujyaku with Shinku, they definitely do look pretty cute together. 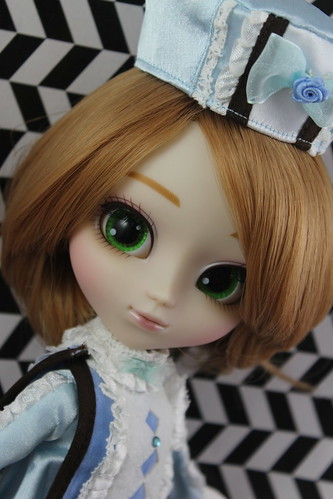 More photos of Keikujyaku are available on my flickr, once again a very special thank you to JPGroove for making this review possible. 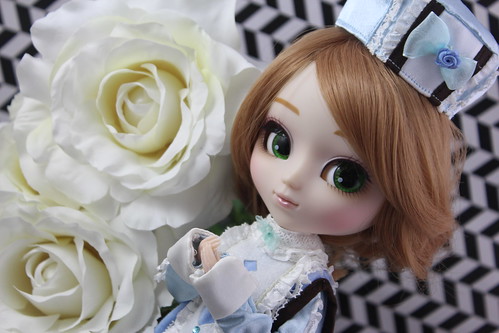 Like Loading...
This entry was posted in Doll, Pullip and tagged Keikujyaku, Pullip, rozen maiden, shinku. Bookmark the permalink.