Normally I wait for Groove to release all the details about a new release via their blog before I cover it but seeing how Pullip Laura is already available for preorder, I figured it was about time that I featured her here. 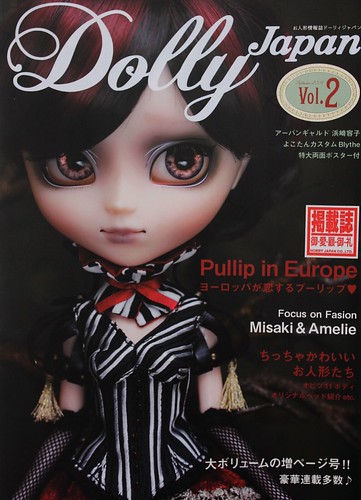 Pullip Laura is based on the cover doll featured on the cover of Dolly Japan Volume 2. The second volume of Dolly Japan featured an article focusing on Pullip in Europe, so it makes sense that the gorgeous doll on the cover belonged to a British doll photographer and artist Laura/Pure_Embers. The doll’s make up is by @Babybee (the make up is the same as Pullip Seila who was previously released as a part of the Creator’s Label series) and the outfit is by Momolita. 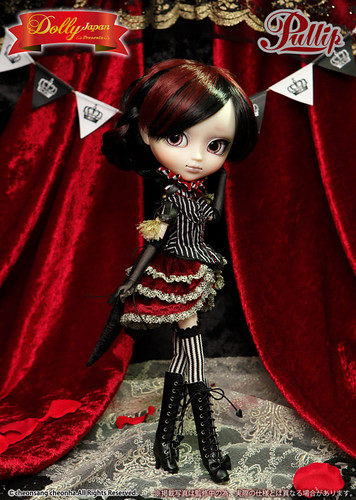 Roll up, Roll up!! Step into my dark world and prepare to be amazed by my Gothic Circus. Come with me… but be warned, you may never want to leave….Feel Like So. 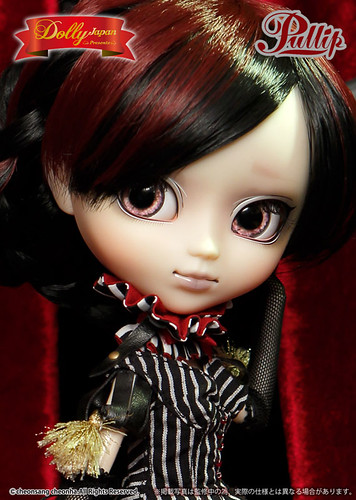 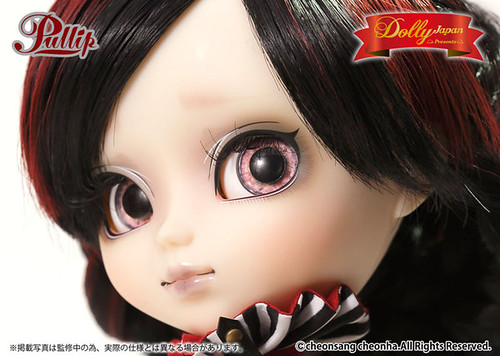 Laura debuts a new style of eye chip, they are supposed to be similar to glass eyes in bjds. This is not the most flattering picture unfortunately, they do look good in all of the other shots though. I’m happy Groove is trying something different and new at least.

The one thing I really would have changed with Laura is her eyebrows they really bother me, her eyebrows seem too timid for such a bold girl not to mention they don’t really match her wig color that well. I wish her eyebrows were a bit more mischievous or maybe even downright wicked like Jaldet’s. 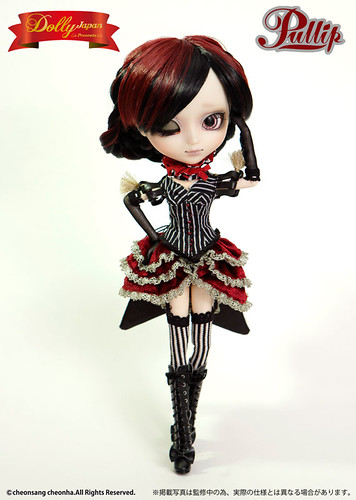 Laura comes with a corset, skirt, panties, stockings with garters and boots. The stock is slightly simplified compared to how she appears on the cover of Dolly Japan, the corset is no longer as fitted and the gloves are a bit different as well from a production standpoint it probably would have been too hard to reproduce on a grand scale or not cost effective. I absolutely love and adore her design.

The wig is a mix of rich wine color and black, the style looks pretty interesting and I like the mix of colors a lot. 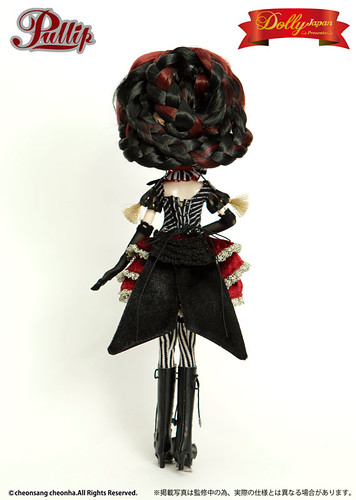 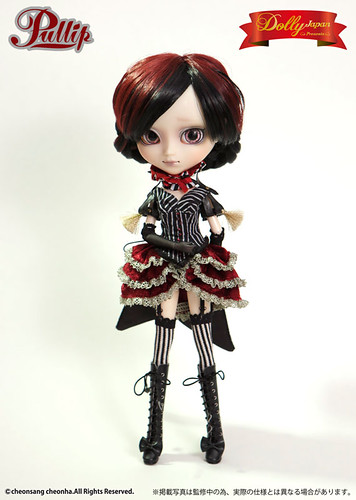 Verdict: I love the gothic circus theme so I’ll probably end up getting Pullip Laura eventually.

Laura is available for preorder via Pullipstyle, she is priced at $135 and will be released in March.

Like Loading...
This entry was posted in Doll, Pullip and tagged 2015 pullip, @Babybee, groove, laura, momolita, Pullip. Bookmark the permalink.