Sailor Venus was always my favorite of the inner sailor scouts, so I was definitely very excited when she the Pullip was announced for release. I bought my Sailor Venus from Pullipstyle shortly after her release. 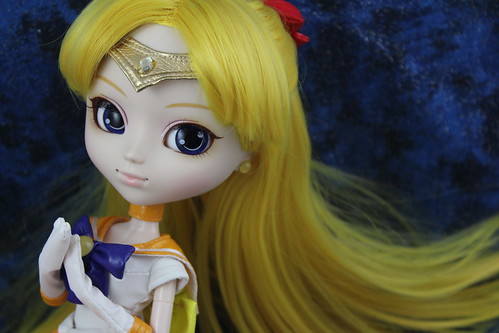 For Love and Beauty… The pretty Sailor Suited Soldier Sailor Venus!! Scourge and Love… you will be missing!!…. Feel Like So.

Much to my surprise, the above photo of Sailor Venus has gone on to become my most popular Pullip photo ever.

Sailor Venus in the box 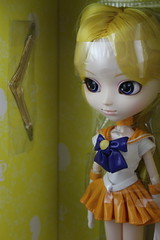 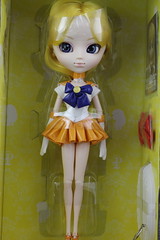 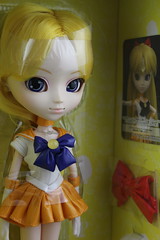 My Sailor Venus box photos are probably a little weird, as this Venus was previously removed from her package and very carefully put back in…though not by me. Sailor Venus comes with her sailor senshi uniform (leotard & skirt), tiara, choker, heels and her trademark bow; she of course also comes with a card and the standard stand (white). I’m still not the biggest fan of the vinyl sailor suits but I like them a lot more than I thought I would and they are growing on me over time especially as I get more and more Sailor scouts.

Wig quality? The wig is very silky and feels really nice, the color is great but I find myself wishing that it was just a little bit thicker. 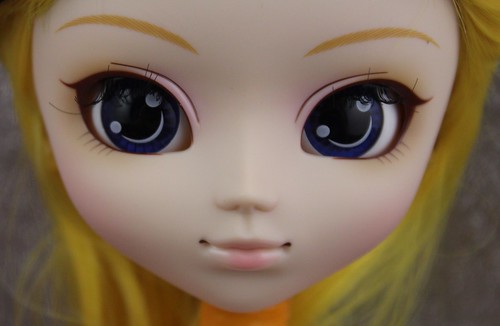 Sailor Venus has a very pretty face up. It’s simple and very natural looking, Sailor Venus is just a young girl so it makes sense that she would not be overly done up with a lot of make up. The face up suits her well and would be very versatile for rewigging/rechipping if you don’t like her character. I love her anime-like blue eye chips they are very striking!

Face up comparison with Vocaloid Sakura Miku, their eye make up is almost identical though in different colors. If you aren’t into keeping your dolls as full sets and like to redress/restyle them, these girls have the potential to make great sisters. 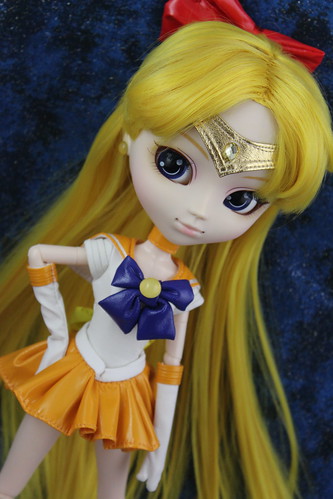 Sailor Venus is definitely the most lovely of the Sailor soldiers! 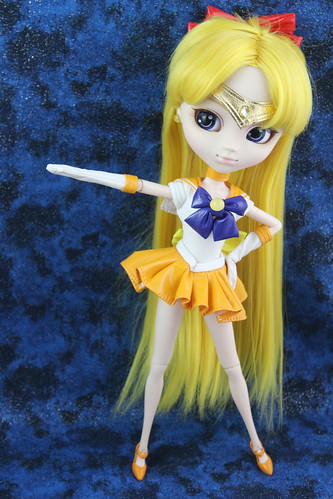 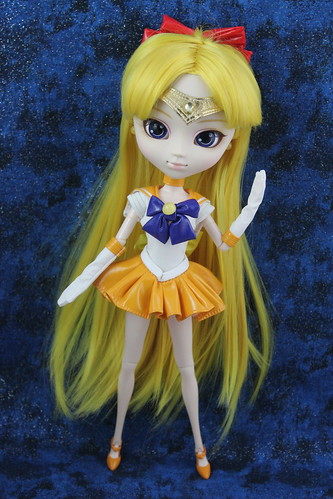 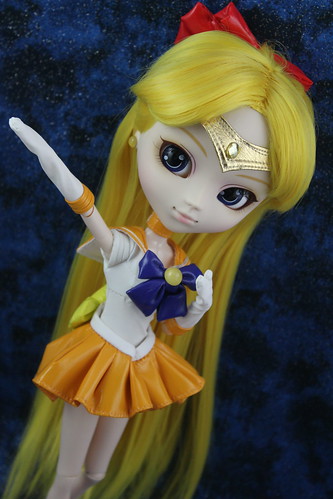 I love how bright and vivid her colors are, the contrast of the orange and the navy blue with the yellow highlights then the pop of red with her red hair bow. 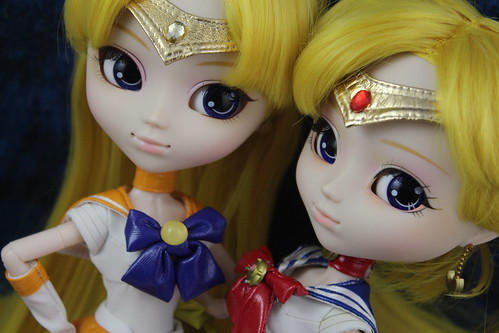 Sailor Venus and Sailor Moon together! I think they compliment each other very nicely, they both have blond hair and blue eyes so I can understand why a lot of people not familiar with the series might mix them up but their characters while similar are quite a bit different and the dolls are too. Sailor Moon has very different much more aggressive eye make up than Sailor Venus who has much more of a natural face up. 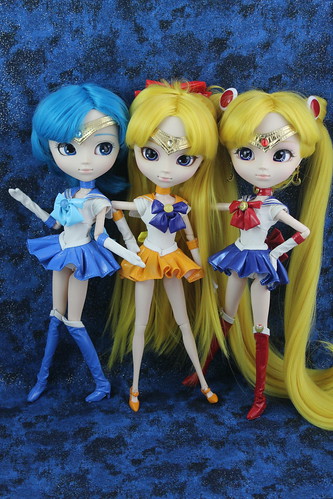 Sailor Venus with the other two previously released Sailor Soldiers: Sailor Moon and Sailor Mercury! I honestly can not recall this particular trio ever working together but the do look great together, the Sailor Moon dolls definitely seem to thrive when in groups they seem more natural that way. 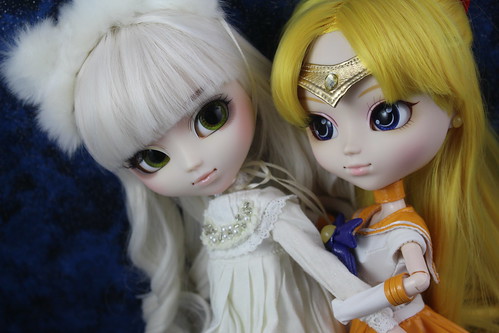 The special Bandai exclusive version of Sailor Moon came with a small Luna plush, I kind of anticipated that the special version of Sailor Venus would come with her own cat guardian Artemis but she came with her school uniform instead. Sailor Venus happened to spot a white cat themed Pullip close by on the shelf and was quite confused she thought Nana-chan was Artemis; how silly! 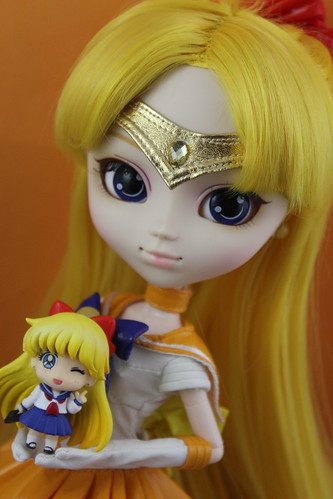 I went to a local comic book store recently and happened to spot some blind box Sailor Moon figures, I bought one and happened to get Aino Minako who I had been secretly hoping for. Aino Minako is Sailor Venus’ secret identity needless to say I could not resist taking a photo of the two of them together. 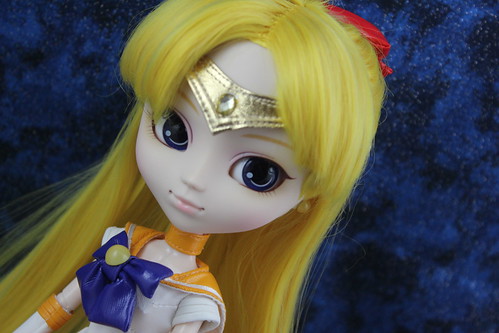 More pictures of Sailor Venus are available on my flickr, she is available for purchase via Pullipstyle. 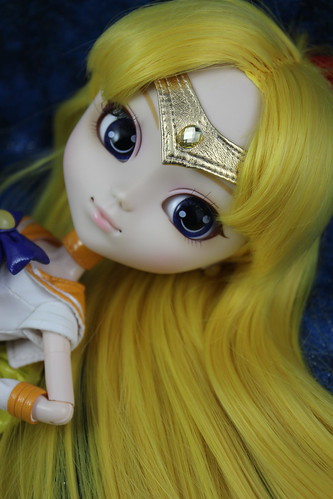 I can’t wait for Sailor Mars to be released later this month, I think I am definitely going to need her too especially since I already managed to track down the old shrine priestess outfit previously released by Jun Planning just for her.