Last summer, the third season of the Kuroshitsuji/Black Butler anime subtitled Book of Circus premiered in Japan. Kuroshitsuji has been one of the most popular anime collaborations for Groove so of course it should come as no surprise that we are going to get at least one more Kuroshitsuji doll to commemorate the new season. No word yet on if any other characters will be released in doll form again (new version of Ciel) or possibly for the first time (Elizabeth, Beast and Doll would make for absolutely wonderful dolls).

Previously the Kuroshitsuji collaboration debuted with the simultaneous release of Taeyang Sebastian, Pullip Grell and Dal Ciel way back in April of 2009 (they were originally announced for a March release by Jun Planning but were delayed for a month when Groove took over). In September of the same year, new versions of Dal Ciel (Robin Version) and Taeyang Sebastian (Private Teacher Version) were released.  More recently in 2011 mini versions of the original trio were released somewhat ironically Sebastian ended up being the only little Taeyang ever released.

The new Book of Circus version of Sebastian has a MSRP of 18000 yen. Sebastian is due for a February release in Japan, March here in the US. 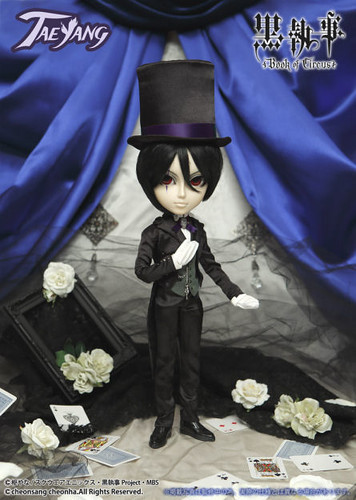 I got tired to eat out catch-as-catch-can…. The dinner is delicious, so as to be hungry if hungry…. 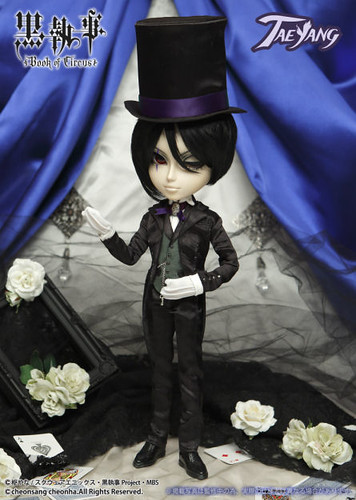 This is a great opportunity for anyone that missed out on the original version of Sebastian to add them to their collection; even if you aren’t a fan of Kuroshitsuji he is quite the dashing gentlemen. He is a very faithful interpretation of the character, he is still very much Sebastian but a little different from the previous releases so I think they reached a happy medium of staying faithful to his character design and coming up with something new with him. 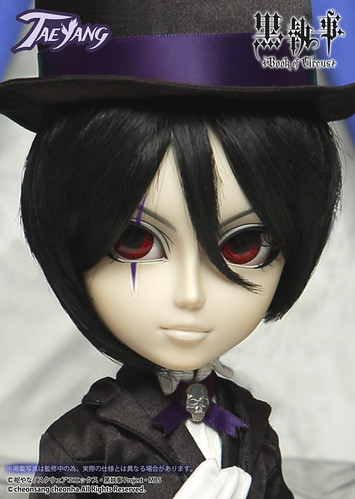 Sebastian comes with a removable sticker, so you have the option of whether you prefer him with he purple marking or not it definitely makes him more versatile. 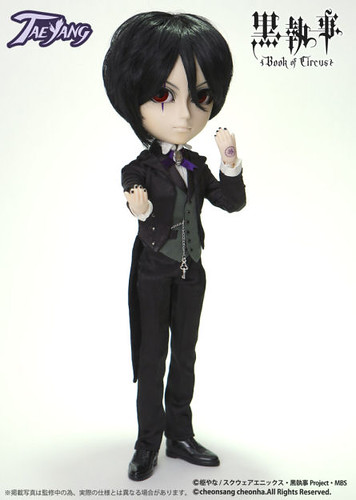 Sebastian has the sign of his contract on his hand. His clothes look extremely well-made. Taeyang Sebastian Book of Circus Version is available for preorder via Pullipstyle, he is priced at $144 and will be released in March.