In January 2012, Groove simultaneously released  the first two dolls in the Beary Fairy series Dal Dalcomi and Byul Secomi they were followed by the release of Pullip Kiyomi in May of that same year. Somewhat surprisingly, Isul Gosomi a new doll  in the Beary Fairy series was recently announced for release in June of 2014. After the announcement of Gosomi’s release, I realized that I had never did a review of Kiyomi despite the fact that I’ve owned her since slightly after her release so I figured a review was well past due.

I bought Kiyomi from Pullipstyle long ago, so long ago that I either failed to take box shots when I deboxed her or if I did they are lost somewhere in my photo archives. Kiyomi had a MSRP of 12000 yen. 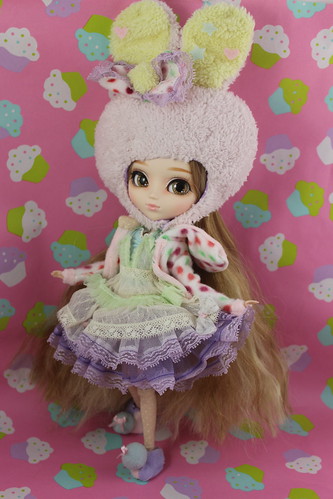 Down the soda pop river… through the ice mountain… together with jelly bear… I’m going to take hold of cotton candy kingdom… Feel Like So.

No box shots this time around-sorry! Kiyomi comes with an oversized bunny hat, shirt, skirt, lace apron (for want of a better term), panties, a hoodie, socks and slippers and a bunny scarf which is quite a lot for a doll with a pajama theme! I feel positively under dressed now when I go to bed in my tshirt and pajama pants ^^;. She also comes with a stand as well as the standard card. Quality of stock is overall high, my only complaint is I’m not fond of the fit of the shirt she wears underneath everything else thankfully it’s underneath everything else most of the time. 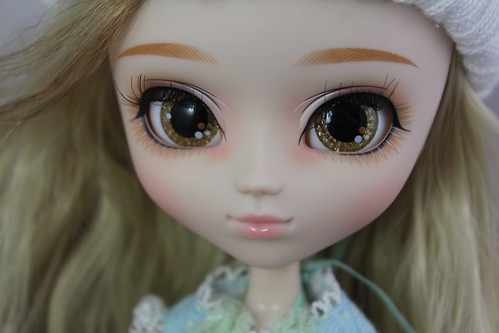 Kiyomi has a nice face up, nicely detailed eye make up and pretty pale pink lips . She has glittery gold eyechips, they really give off a lot of sparkle. With how pretty she is it is definitely not hard to see why she is listed as the number three top seller among Pullipstyle’s top 10 bestseller’s list .

Kiyomi has wondrously thick hair in a lovely multi-tone mix of blond and honey, I was happy with the quality of the wig and was impressed by how thick it was. 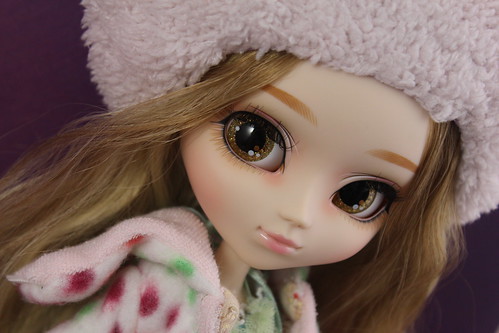 With how versatile her stock is (lots of pieces to mix and match) coupled with her beauty and fairly low maintenance hair she would be a great first Pullip, though admittedly she would make a great addition to any sized Pullip family so long as they liked their girls a bit on the sweet side. 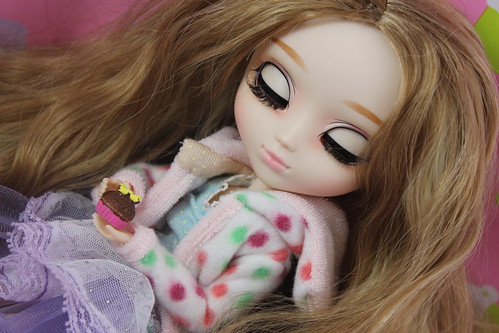 Sweet Dreams! Kiyomi must be dreaming of cupcakes. 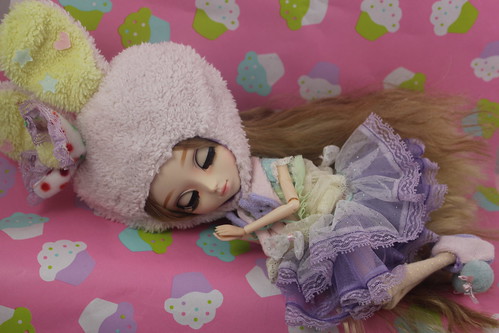 This girl just really seems to love her beauty sleep. 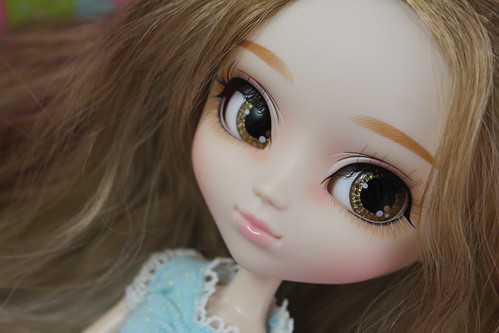 I love the way her golden eyes catch the light. 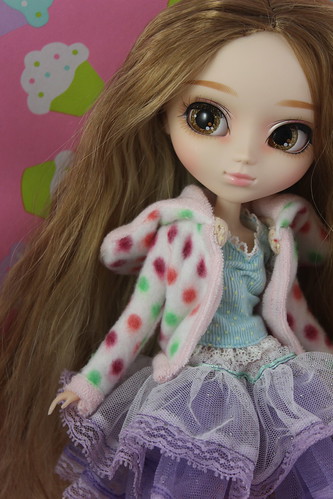 Her fully stock look is cute but I much prefer her without the bunny hat and some of the frills. 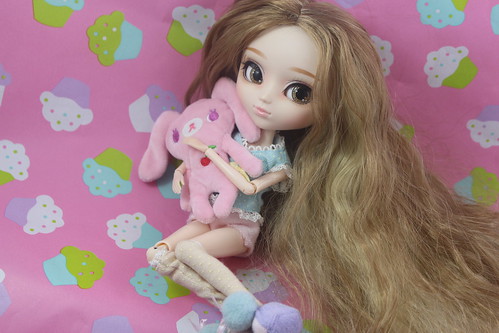 This is what Kiyomi wears underneath her more elaborate outfit, a simple shirt and panties. While Kiyomi does come with quite a bit of stock, I do think a plushie would not have been out of place in particular a plush rabbit would have been perfect for her. 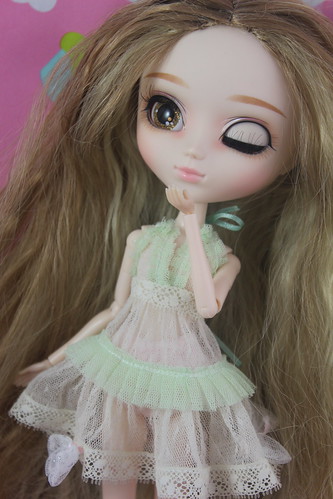 Kiyomi can wear the lace apron by itself but it’s a bit too scandalous and shocking for Pullip to wear! 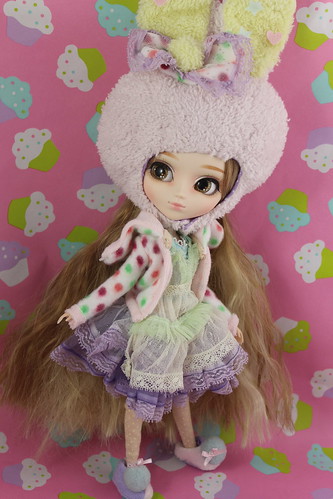 More pictures of Kiyomi are available on my flickr. Kiyomi is available for purchase on Pullipstyle, you can also check out fellow Beary Fairy Dal Dalcumi as well as the soon to be released Isul Gosomi. Byul Secomi is available through JPGroove. 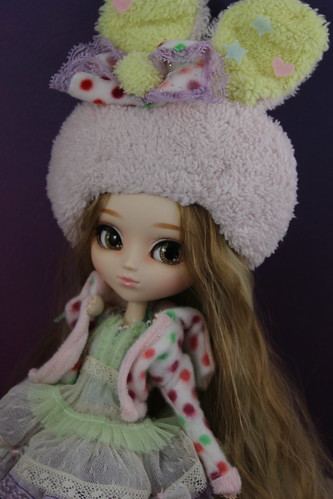