Groove announced an exciting collaboration a little while ago now, whenever the topic of what anime/manga series that fans would like to see Pullip collaborate with next the beloved Clamp series Cardcaptor Sakura was always mentioned and now we are finally sort of getting our wish! Cardcaptor Sakura is an immensely popular anime and manga series to this day, there were 12 volumes of manga as well as 70 episode tv series plus two movies. Cardcaptor Sakura followed the adventures of 10 year old Sakura who accidentally released the magical Clow Cards and spent the rest of the series trying to re-capture them all, each of the cards had their own ability like using the windy card enabled Sakura to fly. An alternate version of Sakura was featured in Tsubasa Reservoir Chronicles and the crossover series XXXHolic. More recently, we received a true sequel to the original Cardcaptor Sakura series entitled Cardcaptor Sakura Clear Card it consisted of 9 volumes of manga and a new 22 episode tv series. Cardcaptor Sakura Clear Card follows the adventures of a 14 year old Sakura as she tries to solve the mystery as to why all the cards have not become blank and her struggles to rediscover and recapture the now clear cards. 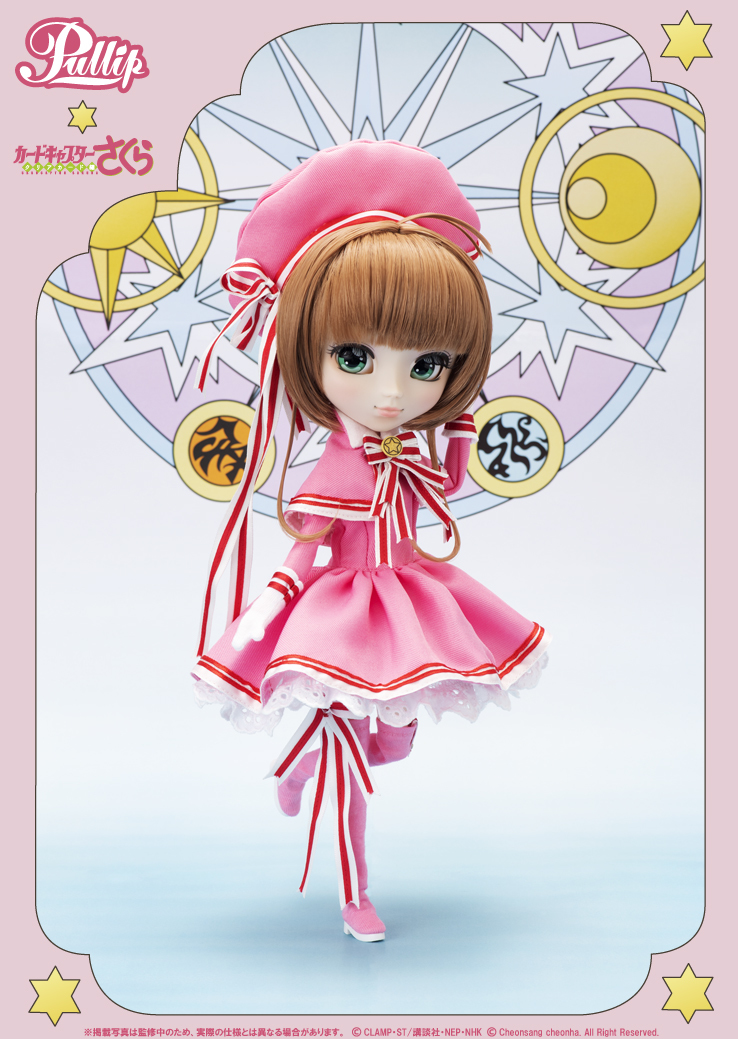 Pullip Sakura has a MSRP of 27500 yen and will be released around the middle of May in Japan (late June in the states) . Groove is placing heavy emphasis on the importance of preordering Sakura if you want her and will be closing their preorders very soon so if you want her please don’t delay! The standard version of Sakura is available for preorder via Pullipstyle, JPGroove and Groove official store in Japan.

There is also an exclusive version of Pullip Sakura, like the Sailor Moon Pullips released before her Bandai Shop will be offering a premium exclusive item for those who purchase from them. The exclusive item an adorable plushie of Sakura’s small winged lion companion Kero. The exclusive version of Sakura has a slighly higher price tag of 28600 yen and only seems to ship to Japan so if you want it you have to either know someone in Japan who can help or use a buying service. 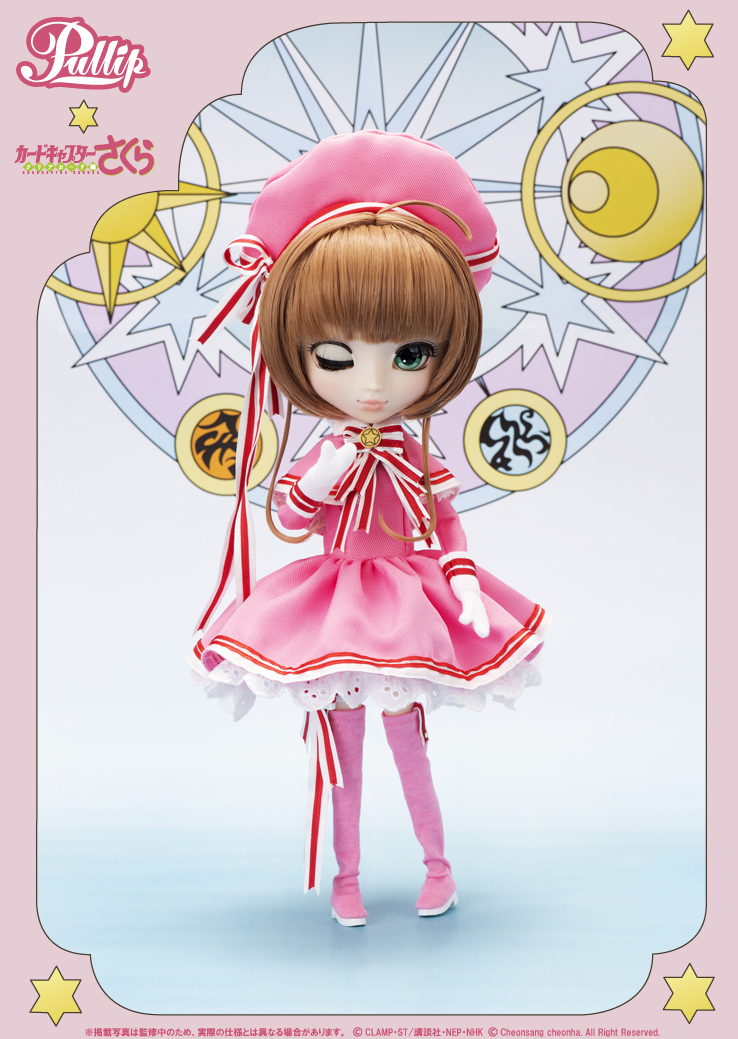 I know that some fans have expressed disappointment that while we finally have a Sakura Pullip it isn’t based on the original series but I feel like Pullip as a doll suits the slightly more mature Clear Card design better. I feel like Dal or Yeolume would have better suited to portray Sakura as a 10 year old but if they were going with wanting to do a Pullip I feel like this was a smart move!

I feel like Groove did an excellent job of recreating Sakura’s outfit from Clear Card into Pullip form, my only real complaint is that Sakura doesn’t come with her wand but fortunately there are a lot of options out there for wands.

One of the interesting aspects of Cardcaptor Sakura was that Tomoya, Sakura’s best friend delighted in making costumes for Sakura so unlike say Sailor Moon or Madoka where they more or less have their one magical girl outfit (or only have the occassional upgrades/power-ups to the outfit) Sakura had basically a new magical girl outfit every time she went out to track down the Clow Cards. Although it is hard to pick a favorite, I think my personal favorite of Sakura’s costumes is probably the jester themed outfit from episode three of the original series – link. That’s the really exciting thing about a Sakura doll the costume possibilities are well nearly endless. Groove mentioned something on their twitter that they would be releasing different Cardcaptor Sakura themed outfit sets this coming fall, while they haven’t said which costumes yet I am extremely excited to see what outfits they choose and hope for a school uniform so I can make my own Tomoyo if Groove doesn’t release other characters which I hope they will do! I don’t know if Groove plans on making additional dolls in this series while I hope they do, I definitely want to preorder and secure now because who knows what other outfits they may be making for her and I don’t know if there are going to be new versions of Sakura herself to go with the outfits.

I’m very excited for this release and will for sure be preordering to make sure I can add her to my collection, there are only a few more days left to preorder Sakura so if you want to add her to your collection please don’t hesitate!