Part three in my vain attempts in trying to catch-up on writing up some releases that I previously neglected to as they were announced ^^; 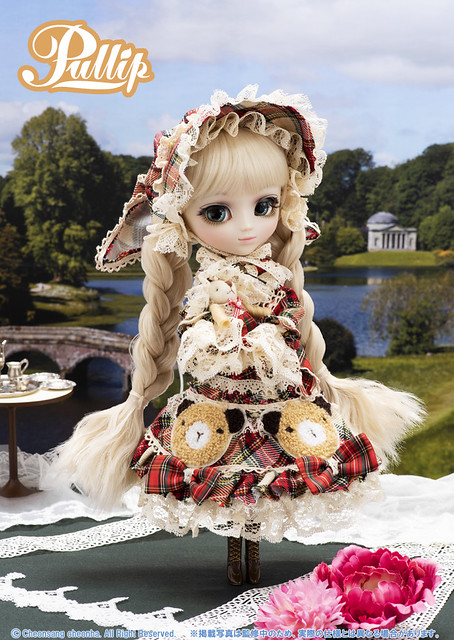 Pullip Margrethe is an August release in Japan, she will be released in September here in the US. It is important to note that there still has not been a release announced for September in Japan, I’ve heard rumors of a possible release but nothing has been officially announced just yet. She has a MSRP of 20,000 yen which as of this writing is equivelant to about $189.20. Pullip Margrethe is in stock and available for purchase via Groove Rakuten  and is currently available for preorder via Pullipstyle where she is expected to be in stock late Septemeber. 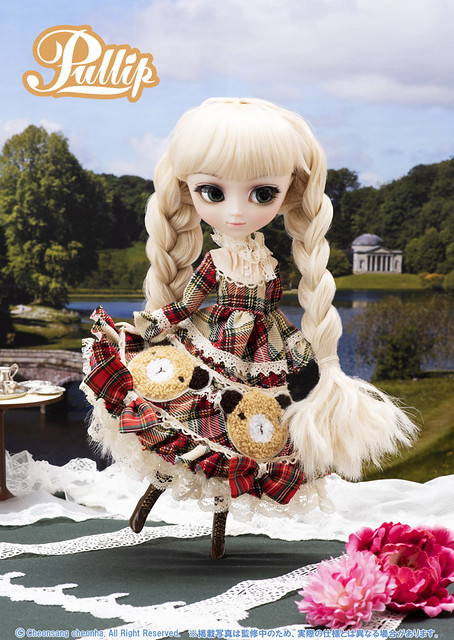 Pullip Margrethe has a country lolita vibe similar to Pullips’ Dita and Meg, her outfit has a kind of home-spun charm to it. One of the things in general about this year’s Pullip releases is that there has been a huge variety of original designs, there have been a lot of really great releases like nine-tailed fox Kumiho and and the military lolita Pullip Jeanne but most of the designs are very unique and not all of them are going to appeal to everyone. I admittedly kind of personally struggle with Pullip Margrethe, I don’t think she is a bad release persay just that she just isn’t my personal cup of tea. 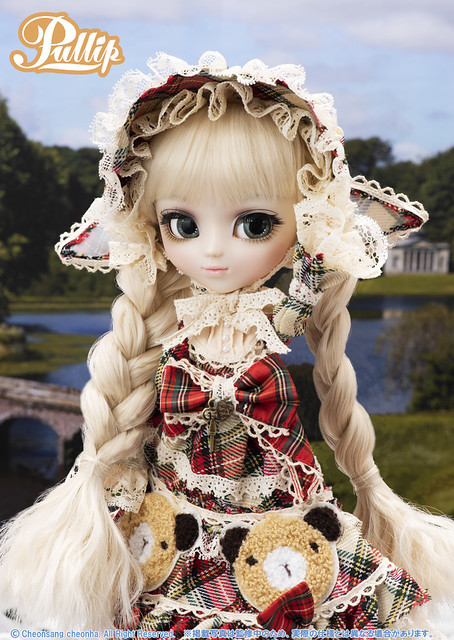 I can’t help but wonder if this outfit was originally designed with a Dal (or maybe even Byul) prototype in mind, I think I would like the outfit a lot more if it was on a Dal as it seems maybe a bit too immature for Pullip especially with the teddy bear detailing and her teddy bear companion. I actually even like the doll itself as she has somewhat of a melancholy vibe I just feel like she doesn’t quite match the stock outfit so perhaps what I will end up doing is restyling Margrethe herself and give her outfit to a Dal instead. 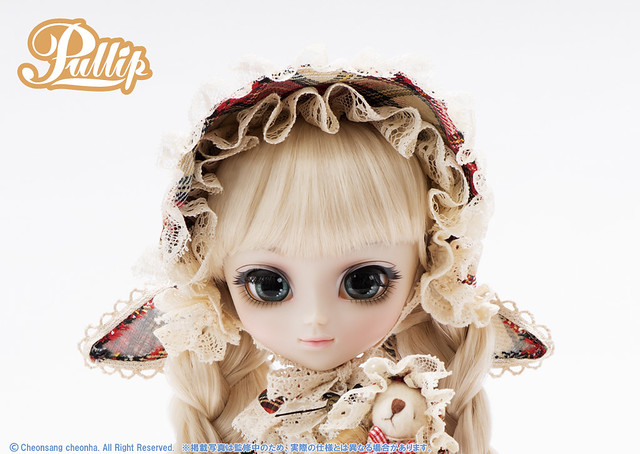 I like that Margrethe has a bit of a somber vibe to her. It looks like her lips were intentionally minimized a bit, I actually like the combination of the smaller lips with the almost nude lipstick. I’m not quite sure if wide-eyed innocence was what the desired impact was but it almost feels like her eye make up might be a bit too overdone compared to the rest of her.

I still haven’t made up my mind about her but I feel like she really has the potential to shine outside of her stock outfit so I’m tempted by her! I might have to wait to see owner photos of her first though.